If you believe the neologism 'post-truth' describes a new phenomenon, think again. Geoffrey Chaucer diagnosed the problem at the end of the 14th century. 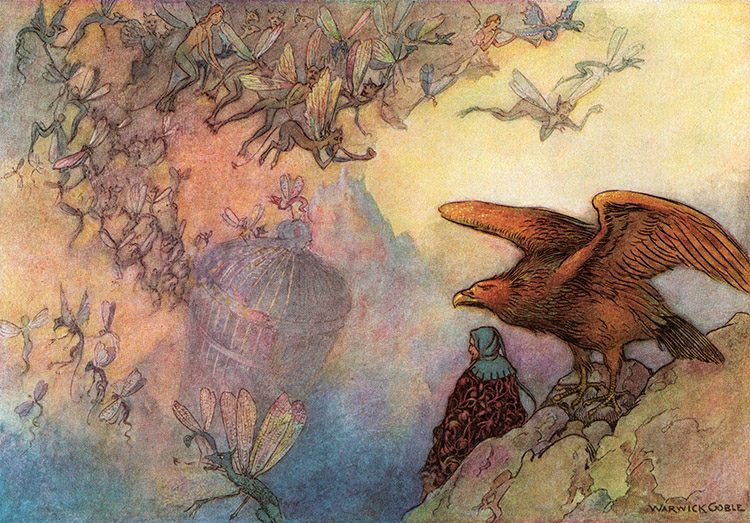 'Post-truth’ is a word of our times, at least according to Oxford Dictionaries, who declared it their word of 2016. Their definition said that ‘post-truth’ refers to ‘circumstances in which objective facts are less influential in shaping public opinion than appeals to emotion and personal belief’.

The appearance of a new word tends to encourage the idea that the phenomenon itself is new: that it did not exist before there was a neologism to describe it. That is not the case here, even if ‘post-truth’ is the current buzz-word; as historians know well, there has never been a time when public opinion was not shaped more powerfully by emotion and personal belief than by facts. What is different now, perhaps, is how rapidly false stories and fake news can circulate: social media allows the public as well as giant news organisations to be involved in spreading untrue or distorted tales. That is a formidable challenge for those who care about truth.

But even concern about the ease with which false stories can spread is far from new. At the end of the 14th century, Geoffrey Chaucer wrote incisively on this subject in his poem The House of Fame. This poem describes a dream-vision in which Chaucer (carried by a comically talkative eagle) is borne up into the sky, taken to a castle standing midway between Heaven and Earth. This is the House of Fame, to which all words uttered in the world, spoken or written, find their way.

The noise of all these millions of utterances surges around the castle like the roaring of the sea. Fame is the power who decides their fate: she has many ears, eyes and tongues and sits in judgement on the words and stories that come to her palace. The dreamer watches her pronounce her decrees, which are unfair and seemingly random. She decides that some true stories should be forgotten and false ones preserved; some good people are to be remembered but others are condemned to oblivion, while the unworthy are granted eternal fame.

Chaucer then describes an even more disturbing sight, more chaotic and unstable than the House of Fame: one built of twigs, whirling and spinning about at an incredible speed. This house is full of ‘tidings’; a useful Middle English word, which can simply mean news or information, but often has negative overtones of gossip and rumour. Tidings circulate in this house on every subject imaginable and, as they pass from one person to another, they grow in the telling, quickly becoming an inseparable amalgam of false and true. They spread like fire ‘from a spark sprung amiss / until all a city burnt up is’.

In one especially vivid moment, Chaucer describes a false story fighting with a true one to escape out of a window of the house, each crying ‘Let me go first!’. They agree to go around the world as sworn brothers, so closely mingled together that no one will ever be able to separate truth from lie. These tidings are then carried abroad by travellers, sailors and pilgrims; groups in medieval society stereotypically notorious for caring more about a good story than about the facts.

Chaucer’s noisy, dizzying house of rumours will sound familiar to any user of Twitter. What Chaucer understands and brings sharply to life in this poem is that truth is rarely the most important factor in determining whether a story will spread. We are all capricious readers, who respond to and share stories that in some way accord with our own understanding of the world. This idea was a long-standing interest for Chaucer and lies behind The Canterbury Tales, too: as the pilgrims in that poem tell stories to each other, they demonstrate how complex the process of hearing and sharing tales can be. Whether they react to each other’s stories with praise or violent disapproval, the pilgrims are motivated more by their own interests and preoccupations than by the intrinsic value of the story. Once a tale is told, the teller cannot control how its hearers will receive it.

The House of Fame, which is unfinished, provides no answers for those worried about a ‘post-truth’ world. We may respond to this vision by resolving to be more discerning sharers of ‘tidings’ in our own time, but Chaucer does not hold out much hope of success. ‘Post-truth’ may be a new word, but it describes a very old problem. 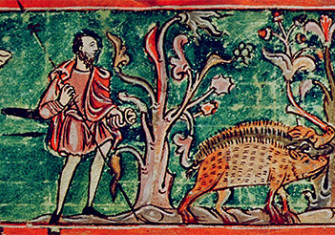