Let There Be Wind

From DIY experiments to giant offshore farms, the history of extracting electricity from air has been driven by individual innovation pursued against the headwinds of public scepticism. 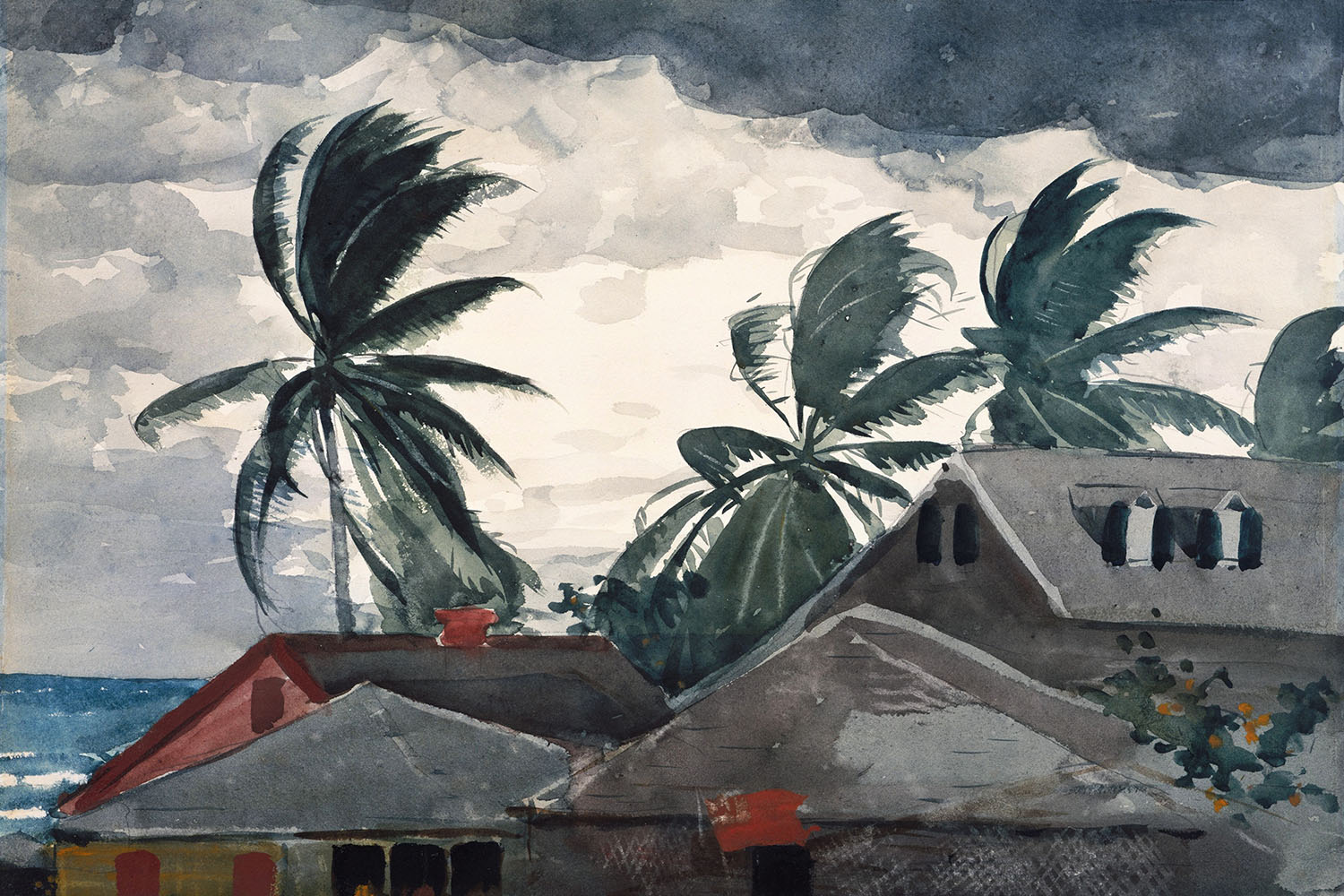 In 1887 James Blyth became the first person to spin electricity from air, lighting his home in Marykirk, south of Aberdeen, with a 33ft cloth-sailed wind turbine. Blyth was born in Marykirk and had a cottage there, but by the 1880s was based in Glasgow, where he was a professor at Anderson College (now the University of Strathclyde). Established in 1796 to provide ‘useful knowledge’ for skilled workers, Blyth echoed the principles of the college when he offered the benefits of his new technology to Marykirk’s villagers as a cheap, clean way to light their main street. They declined, fearing ‘the work of the devil’. Undeterred, Blyth secured a patent and built a second, improved turbine for a nearby asylum. It ran for the next 30 years.

In the US, Charles Brush was carrying out similar work with wind-generated electricity. Having made a tidy sum producing street lights, Brush retired and built a mansion for himself on Cleveland’s Euclid Avenue. There, in 1888, he built a large wind turbine that provided his home with electrical lighting, without interruption, for two decades. The cover of a December 1890 edition of Scientific American shows two men standing on top of a turbine, 60ft tall, with 144 blades, twisted like screw propellers. It feeds a basement full of hundreds of jars acting as a battery, powering several hundred incandescent lightbulbs and three electric motors. Among stories of a balloon trip to the North Pole and government debates over the artificial production of rain, Scientific American’s feature on early renewables warns that though the wind might be free, Brush’s elaborate set-up was very expensive.

The ‘Danish Edison’ Poul la Cour thought wind power was worth the effort. Inspired by the utopian promises of electricity, he wanted to ensure this bright new future was available to people across Denmark, not just those in the cities. With a research grant from the Danish parliament, in 1891 he used wind power to light the school where he worked as a teacher. Moreover, he invested in building the infrastructure that a wind industry would need, setting up training courses, a journal and a professional society for wind electricians.

The potential of wind power in rural communities was also embraced by brothers Joe and Marcellus Jacobs, who established Jacobs Wind Electric Co. in 1922. While Thomas Edison and George Westinghouse’s grids were lighting up American cities, rural areas were left in the dark. The brothers had grown up among screaming winds in the north-east corner of Montana and saw an opportunity. They had little formal training in engineering but liked to tinker. After experimenting with a surplus First World War aircraft, adding propellers to sleds to get through the snow, they built a wind generator using parts from an old Ford Model-T and the fan blade of a water pump. They sold these generators to local farmers, opening a factory in Minneapolis in 1932. Admiral Richard E. Byrd took a Jacobs turbine on a trip to the South Pole in 1933. It was found there 22 years later, still spinning in the harshest of environments.

These small experiments could not compete with the hydropower or fossil-fuelled plants that fed the grids of world’s major cities. Inspired by a large-scale wind turbine built by the Soviet Union near Balaklava in 1931, the US entrepreneur Palmer Putnam decided to try to change that. The turbines the Jacobs brothers were pushing out at their factory provided just 1.5-3kW. Putman thought he could add a string of zeros to that: the first megawatt. He, too, had no background in electrical engineering, but he had ambition and came from a well-connected family and soon managed to raise the money required.

Before long, Putnam’s turbine was taking shape on top of a mountain in Vermont named ‘Grandpa’s Knob’. It was a huge undertaking. Parts were so heavy that bridges had to be reinforced to carry them. Reaching the top of the mountain required a 2,000ft-trek after the road ended. Finally, on 19 October 1941, the turbine was assembled. It worked and fed electricity into the grid. When a bearing broke in 1943, Putnam’s turbine sat unused for two years as all resources were being channelled into the war effort. Fixed, it promptly broke again, a blade sailing 750ft into the air. Dubbed ‘the blade that failed’ by the press, congressional hearings in 1951 cited it as a reason to write off wind power altogether.

The 1950s brought a greater understanding of the danger of carbon emissions, and it was widely assumed that nuclear energy would be the successor to fossil fuels. But the 1973 oil crisis that followed the outbreak of the Yom Kippur War prompted William Heronemus, a former US navy captain then working in ocean engineering at the University of Massachusetts, to pick up Putnam’s notes on the ‘blade that failed’.

Heronemus had been interested in nuclear energy, but soon changed his attention to what he called ‘grand scale renewables’ as a cheaper alternative. He suggested building large turbines at sea, moored 200 miles off the coast of Cape Cod (a keen birdwatcher, he hoped this distance would be better for wildlife). The National Science Foundation also thought it was time to reconsider wind power and convened a workshop, inviting Heronemus as well as veterans such as Putnam, eventually securing money from NASA and the Department of Energy for a large-scale research project. Although the prospect of turbines at sea was dismissed, Heronemus’ idea that they be grouped together as ‘farms’ was embraced.

The world’s first wind farm opened in New Hampshire in 1981. It interfered with local television reception, so blades were paused during prime-time viewing (local people were eventually given cable subscriptions). Cuts to renewables research under the Reagan administration proved a stumbling block, but California, the state where Reagan had served two terms as governor, would step in with generous tax incentives, leading to a small ‘wind rush’ which the Danish wind industry – begun by Poul la Cour at the start of the century – was well placed to make use of. As markets expanded, so did research and development budgets; turbines became more efficient and powerful. The first offshore farm opened in 1991 off the Danish island of Lolland.

Today, a cutting-edge turbine can power a home for two days with just a single rotation and the economics of wind power has beaten even the most optimistic of forecasts. The scale of the modern offshore industry largely reflects Putnam’s vision and the Soviets’ who inspired him, though they would have preferred state control. Lego owns part of the Burbo Bank farm in the Irish Sea and while an offshore wind farm near the coast of Copenhagen is half owned by 10,000 Danish citizen investors, that is a one off, the result of a short-lived policy supporting community ownership. Due to a quirk of New Labour policy in the early 2000s, the Crown Estate is among the chief financial beneficiaries of British wind power.

Wind turbines on land and sea have diverged into two quite different technologies, each reflecting a different model of green innovation. Land turbines range from DIY projects to larger farms with the potential to change the way energy is consumed, while the tremendous sea monsters have the power to challenge the oil and gas industry but stick to a similar model of energy ownership. It is impossible to know what the early wind pioneers would make of today’s machines, but it is likely that Brush would be investing in offshore, while Blyth would be out encouraging his local villagers to build their own power.

Alice Bell is a climate campaigner and author of Our Biggest Experiment: A History of the Climate Crisis (Bloomsbury Sigma, 2021). She co-runs the climate change charity Possible. 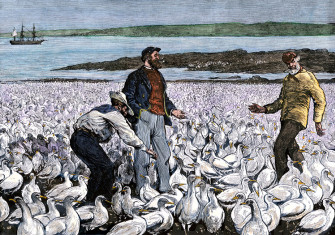 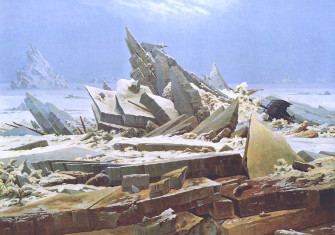 Tales from the Ice Age