The Man Who Would Be King or Vicar

Was the new king of Sierra Leone poisoned on his return voyage from England? 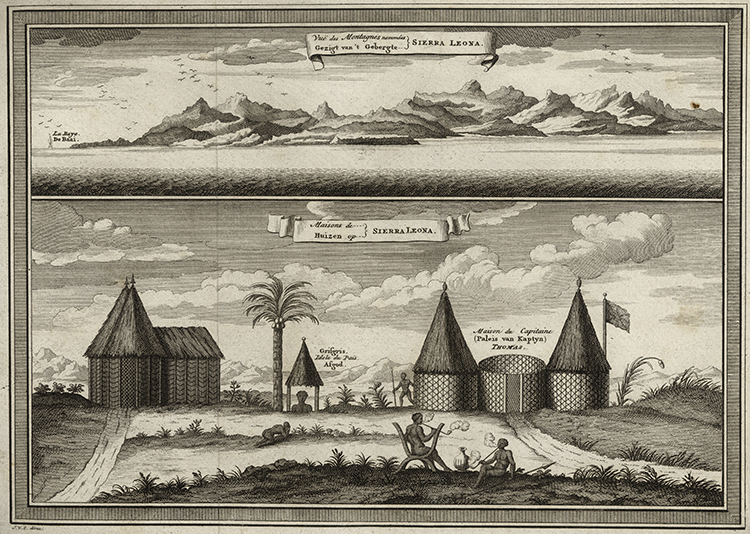 By the late 18th century, King Naimbana, the most prestigious monarch on the coast of Sierra Leone, had developed a long-distance friendship with the British abolitionist Granville Sharp. Sharp wrote regularly to seek the king’s assistance in protecting the Black Poor, the freed British slaves who were resettled in Sierra Leone in 1787. In 1791 Naimbana sent his son, Prince John Frederic, on a reverse journey to receive a western education under Sharp’s guardianship.

Frederic was not the only son Naimbana sent abroad. He had sent one of his other sons to France and offered another to Islamic scholars. It was Naimbana’s intention that Prince Frederic would return home and lead his people with knowledge from the West.

After arriving in England, Frederic proved a diligent student, often reading for eight to ten hours a day. His assessments stated that ‘he was uncommonly pleasing in his behaviour, showing much natural courtesy and even delicacy of manners’. The prince became a devout Christian and associated with only those he believed could improve his knowledge.

While Frederic was appreciative of his benefactors, he never missed an opportunity to enlighten those who attempted to disparage his people. At one gathering, he flew into a temper when the name of a known advocate of slavery was mentioned. He screamed and cursed, compelling his benefactors to remind him of his Christian duty to forgive those who wronged him. Frederic said:

But, he continued, rising from his chair: ‘If a man takes away the character of the people of my country, I never can forgive him’. Asked why he was unwilling to extend his forgiveness to those who tarnished the character of his people, the prince responded that 77 times seven was an acceptable dose of Christian forgiveness for other sinners, but not for impenitent slave holders. As he explained:

If a man should try to kill me, or should sell me and my family for slaves, he would do an injury to as many as he might kill or sell; but, if any one takes away the character of Black people, that man injures Black people all over the world; and when he has once taken away their character, there is nothing which he may not do to Black people ever after. That man, for instance, will beat Black men, and say, ‘oh it is only a Black man, why should not I beat him?’ That man will take away all the people of Africa, if he can catch them; and if you ask him, but why do you take away all these people? He will say, ‘oh, they are only Black people – they are not like White people – why should not I take them?’ That is the reason why I cannot forgive the man who takes away the character of the people of my country.

From Frederic’s perspective, the dehumanisation of others is the foundation of all bigotry.

In a year and a half, Frederic surpassed expectations to obtain extensive knowledge in science and religion. As he demonstrated his knowledge and wisdom to his British hosts, ‘sanguine hopes were naturally entertained that the education of the son of an African chief in England might be of the greatest assistance in cementing a confidential union between the people of his country and the European colony of Freetown’. Unfortunately, Frederic’s stay in Britain was cut short following news of his father’s death. He left for Sierra Leone on the Naimbana with his servant James, a Mr Graham of the Sierra Leone Company (SLC), a business venture established to facilitate commerce between Britain and Sierra Leone, and Captain Woollis.

Frederic fell ill as soon as they reached warmer climes, possibly of malaria. He was anxious, too, about the difficulties of implementing his newly acquired ideas. He was excited about spreading Christianity, but agonised over the possibility of severe disappointment. When the fever became violent and the prince realised his end was near, he drafted a will, which included a request that his brother take all necessary measures to oppose the slave trade. He died soon after his arrival back home.

Rumours soon spread that the prince was poisoned by the British during his return voyage to Sierra Leone, perhaps motived by the acquisition of valuables that had been sent back for the king, including royal robes and a gold crown. Frederic’s servant, James, testified to his people that he had witnessed Captain Woollis give the prince a cup of poisoned tea. The Naimbana family conducted a divination ritual in which they placed the prince’s body upright and asked whether Mr Graham, Governor Dawes or the doctor who saw to him had poisoned him, but there was no response. The corpse did, however, nod when Captain Woollis was named.

The locals were agitated and Freetown was placed under armed guard. Violence seemed inevitable. Two senior chiefs, Signor Domingo and Chief Jimmy, called a palaver (an 18th-century discussion between tribespeople and traders) to settle the dispute, which was attended by regional chiefs and their entourages in Freetown on 2 August. All the men of the capital were armed and ordered to attend the meeting. Tension was high. Zachary Macaulay, the Scottish governor of Freetown, remembered how the ‘chiefs formed themselves into a ring on each side of us. Without them stood crowds of their followers, and a body of our settlers stood at hand to prevent disorder and confusion’.

When recalled to the stand, the star witness, James, recanted his testimony, saying instead that the captain offered the prince chamomile tea. The queen arrived the next day with Pa Yabba, Naimbana’s brother, and was satisfied with the palaver’s conclusion. The death of Frederic was a shocking blow to his people and members of the SLC, who believed in his potential to become a Christian king, an educated and friendly monarch in Sierra Leone.

The prince left such an impression in Britain that, ‘notwithstanding his untimely and much to be lamented death, he has rendered at least one important service to his country, by furnishing a memorable instance of the effect of education on the mind of Africans’. It will never be known whether Frederic would have chosen his father’s throne over the life of a vicar, but his intelligence was used by Granville Sharp and his abolitionist friends to persuade those who still portrayed Africans as savages, lacking mental faculty, of the common humanity shared by all people.