When Joe Biden said ‘God save the Queen’, was he heralding the end of the republic? 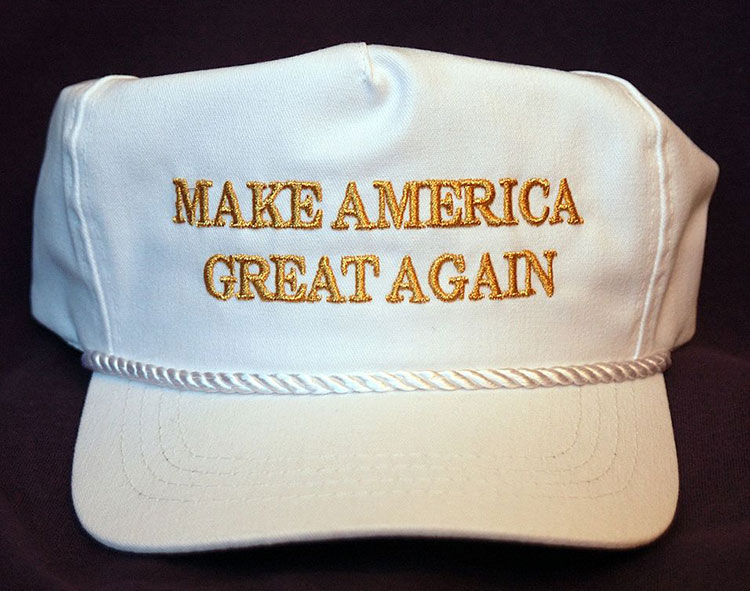 When the Constitutional Convention adjourned in September 1787 and the delegates streamed down the steps of Independence Hall, one of their number, Benjamin Franklin, suddenly found himself under ambush. Eager to hear what form of government awaited America, a Philadelphian named Elizabeth Powell began prodding Franklin’s lapel: ‘Well, doctor, what have we got, a republic or a monarchy?’ The reply was instant: ‘A republic, madam – if you can keep it.’

On Saturday, the outgoing vice-president, Joe Biden, expressed the same ambivalence. As he closed the first session of the 115th Congress, which officially confirmed the election victory of Donald Trump, Biden was overheard muttering ‘God save the Queen’. It was barely audible over the applause but, in an election dominated by hot mic moments, it was also revelatory (and, thankfully, more sanitary than the president-elect’s ‘locker-room talk’).

What the remark revealed was not Biden’s hidden royalist sympathies but a deeper unease about the health of the American republic under a Trump presidency. He seemed to suggest that if Americans were prepared to elect Trump – a man politely described as ‘temperamentally unfit’ for the top job – perhaps they could no longer ‘keep’ their republic? Indeed, if the break-away from the British Empire, the Declaration of Independence and the American Revolution could lead to Trump, were they conceived in error?

On one level, we should probably not read too much into Biden’s whispers. They were clearly tongue-in-cheek and the vice-president has a long history of foot-in-mouth mishaps. All the same, it was an odd sort of protest. Americans have never really expressed regret about overthrowing monarchy. Even during the bleak winter of 1777, when it seemed that the American Revolution might be crushed by British military might, few of the patriots believed that life would be better under George III.

True, the United States did not rid itself instantly of its monarchical habits. One early patriotic song, first sung in 1786, even took the tune of the royal anthem and set it to new lyrics: ‘God Save Great Washington!’ But a return to the bosom of the British monarchy has never featured in the American repertoire of alternative political futures. The Loyalists who did not flee during the Revolution – almost 400,000 of them – failed to form a serious opposition force in the nascent United States. The political tussles of the early republic would happen between republicans, not against royalists. Monarchy was expelled from American shores in 1776, never to return.

Some historians have nevertheless queried the republican credentials of the United States. Eric Nelson has argued that when America created its constitution, it also created an executive office of such power – the presidency – that it was kingly in all but name. This is compelling, but the American Revolution also knocked dead the hereditary principle. It may well have been ‘a revolution in favour of royal power’, as Nelson contends, but it was not a revolution in favour of kings or courts. Americans have never been shy about decapitating their political dynasties. Just ask Hillary Clinton.

What Biden’s mock royalism revealed was not a desire to revise the Declaration of Independence, but a sense of fear and futility. ‘It’s over’, he shouted, as Democrat legislators vainly protested the confirmation of Trump’s victory. His parting gaffe betrays a crease of concern, as yet half-formed, that a crisis is approaching for American democracy. Anyone who watched a nanosecond of the 2016 presidential race will know that this is not a ridiculous suggestion. The election of Donald Trump did not kill satire; it destroyed hyperbole, which is why the journalist Andrew Sullivan can justifiably – and without exaggeration – claim that it represents ‘an extinction-level event’.

Many of the Founding Fathers believed that republics were naturally prone to peril, dependent as they were upon the virtue and vigilance of ordinary citizens, not the good governance of a monarch. Collapse, as Franklin ominously observed, is always around the corner. There is nothing new about this fear. But today, with the election of a president who cares little for the institutional integrity and political norms of the American republic, the potential for peril has never seemed so real.

In this sense, Biden’s declaration of ‘God Save the Queen’ is an historically unusual response to an historically unprecedented election result. Voters in the United States have never wanted to make America Great Britain again. They may entertain an affection for the ‘quaint’ British royals, but they do not want to be governed by them. Then again, they have never seen a president quite like Trump, either. #MAGBA may yet catch on.