Explaining some of the key clauses in the Great Charter.

This year marks the 800th anniversary of the sealing of Magna Carta and it has been much talked about, but what did it look like and what did it say?

In 1215, multiple copies of the document were produced and sent out around the country. Only four of these survive: two held by the British Library, one by Salisbury Cathedral and one by Lincoln.

The copy shown above is one of the British Library copies, Cotton MS Augustus ii.106. We have picked out some key features below, with their Latin transcription and English translations.

These include some of only three clauses from the original 1215 Magna Carta which have survived into modern law, Clauses 39-40, which ensure the right to due legal process for all citizens.

Other clauses of interest include Clauses 20-22, which regulate the imposing of fines, and Clause 35, which sets out standardised measures for wine, ale, corn and cloth across the whole kingdom.

Navigating the zoomable image above, you will also be able to see John’s name beginning the text (Iohannes, in Latin) with its large initial ‘I’, the rest of it abbreviated to ‘Iohs’; and, at the end of the main block of text, the clause marking the place and date of Magna Carta’s sealing: Runnymede (Ronimed) on June 15th.

For more on Magna Carta, pick up the July issue of History Today. 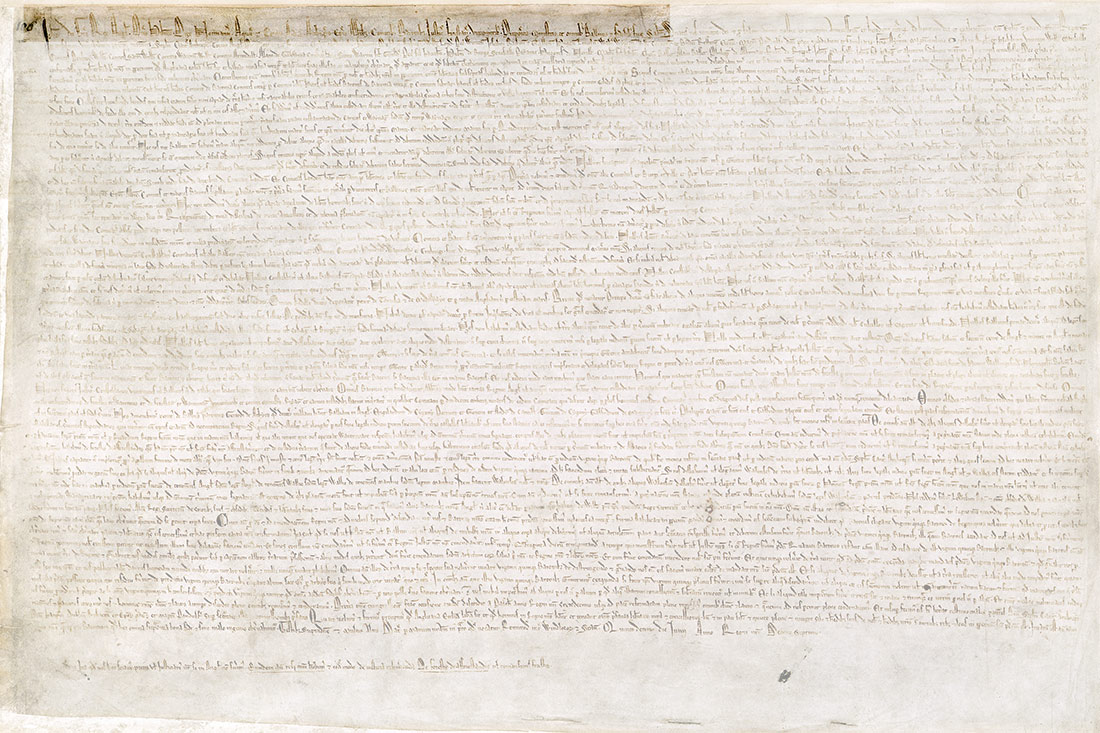 'John, by the grace of God King of England, Lord of Ireland, Duke of Normandy and Aquitaine and Count of Anjou, to his archbishops, bishops, abbots, earls, barons, justices, foresters, sheriffs, reeves, officers and to all his bailiffs and faithful subjects, greetings.' 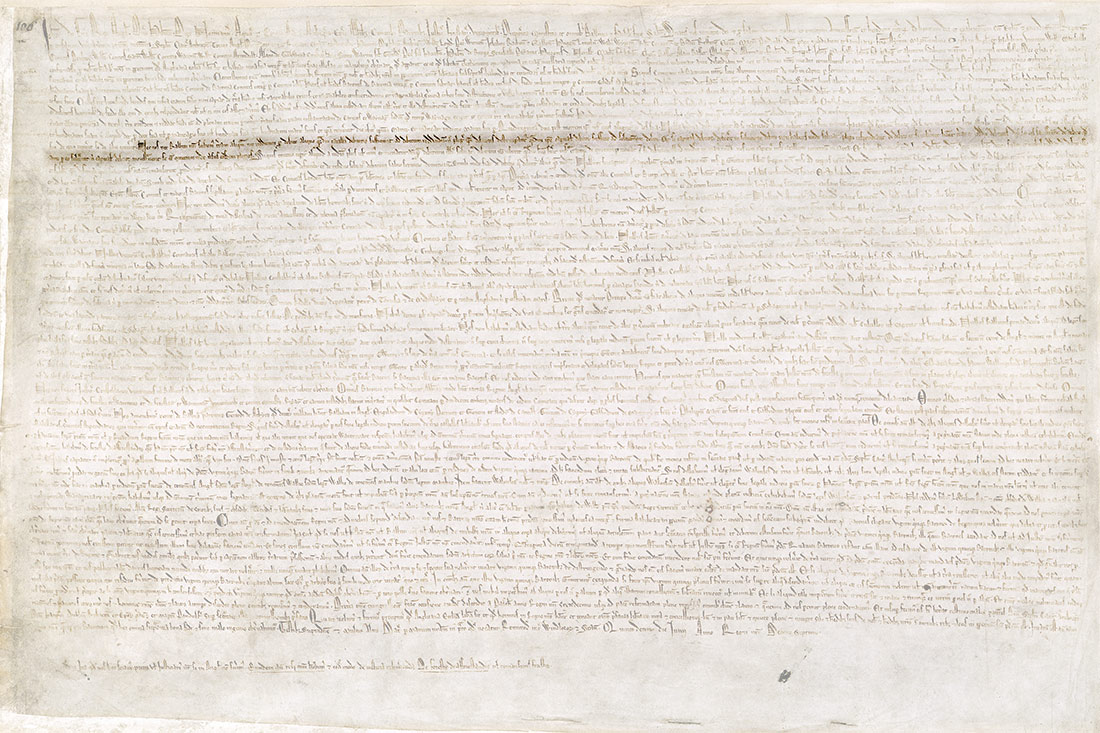 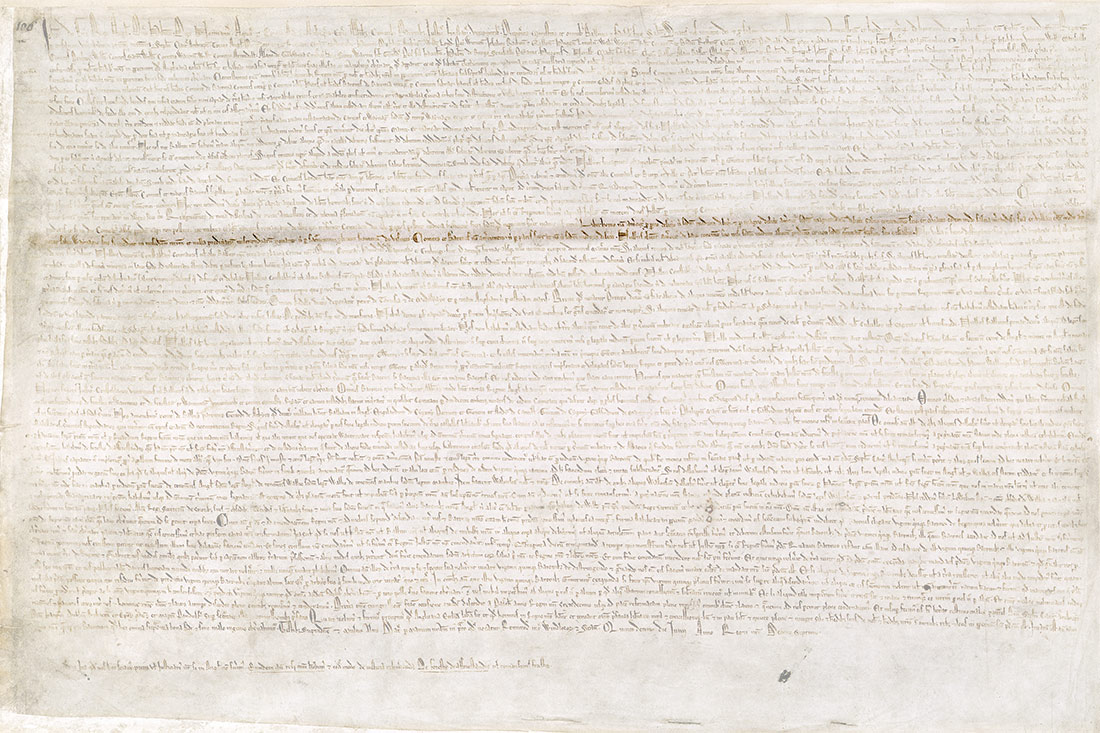 'A free man may not be fined for a small offence, except according to the nature of the offence; and for a great offence he shall be fined according to the magnitude of the offence, saving his livelihood; and a merchant in the same way, saving his merchandise; and a villein shall be fined in the same way, saving his growing crops, if they fall into our mercy. And none of the said fines may be made, except upon the oaths of honest men of the neighbourhood.'

'Earls and barons are not to be fined except by their peers, and only in accordance with the nature of the offence'. 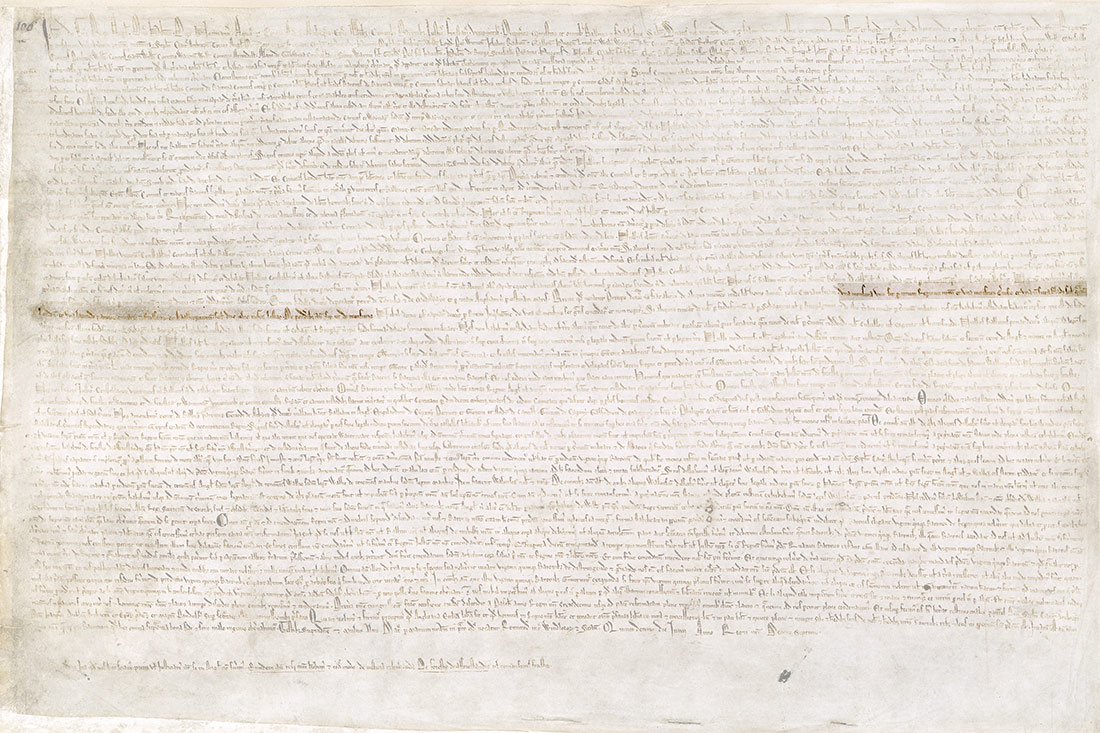 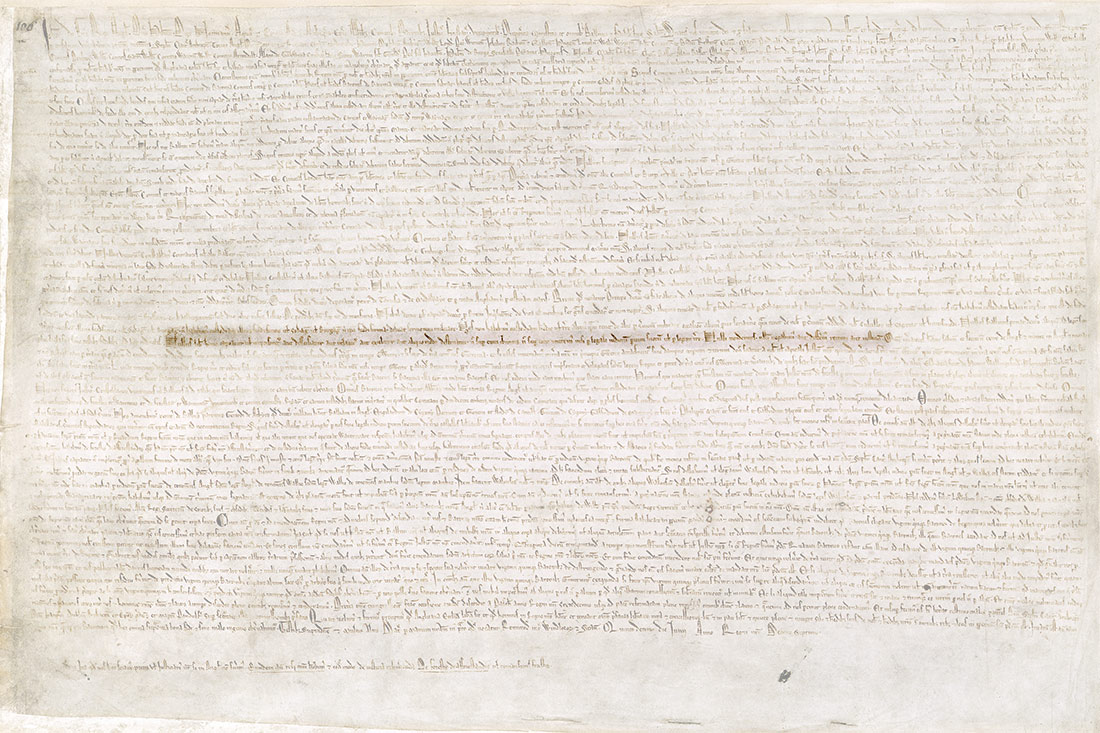 'No free man is to be arrested, or imprisoned, or disseized, or outlawed, or exiled, or in any other way ruined, nor will we go or send against him, except by the legal judgment of his peers or by the law of the land'. 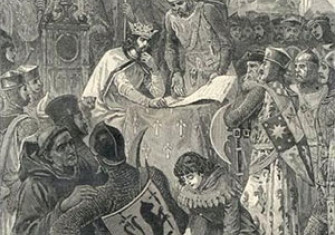 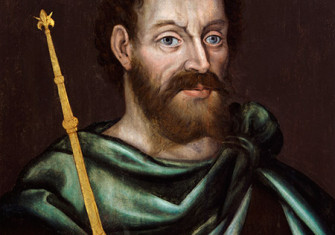