The legacy of Hamilton

The hit musical is changing perceptions of America’s past for the better. Despite the public’s craving for books about the founding of the United States – works on the American Revolution and the Founding Fathers seem to roll off the presses on a daily basis – Americans have been less keen on theatrical or cinematic depictions of their origins. There is 1776, a popular stage musical that appeared in 1969 and later became a movie, and, from 2008, HBO’s acclaimed mini-series John Adams, adapted from David McCullough’s blockbuster biography. However, compare these and other less memorable efforts with the number, variety and influence of portrayals of the American Civil War and its aftermath. Two of the most popular films of all time, D.W. Griffith’s The Birth of a Nation and David O. Selznick’s Gone With the Wind, told the story of this period with such power that they helped shape (or perhaps warp), to this very day, attitudes about slavery and the meaning of the war that ended it. Whatever one thinks of their substance, both are examples of art as a potent cultural and political phenomenon.

Now it appears that, on a smaller scale, and in a decidedly more positive way, the American Revolution may finally have found its own powerful cultural and political phenomenon in the form of a Broadway musical about the life and times of America’s first Secretary of the Treasury. Hamilton is the most widely acclaimed and discussed American musical, perhaps of all time. Since its Broadway debut a year ago, it has taken on a life of its own off stage, building a fan base almost cultish in its devotion. The original cast recording shot to the top of the charts immediately after its release. The play’s very personable creator, Lin-Manuel Miranda, has won numerous awards, including the Pulitzer Prize. As its crowning achievement, Hamilton garnered a record 16 Tony nominations, ultimately winning 11, including the Best Musical of the Year.

Hamilton’s appeal crosses generations; from schoolchildren who can recite all the lyrics to its score, to adults who have had to accustom themselves to the cadences of the rap songs that are interspersed with more traditional Broadway melodies. The President and First Lady of the United States are avid and vocal fans. In fact, it was at a White House event that Miranda declared his belief that a hip-hop version of Alexander Hamilton’s life made sense, much to the apparent amusement of the audience. Few artists have ever had the occasion for a heartier and more deserved ‘last laugh’ than Miranda.

So what makes Hamilton so special? Why has it struck so deep a chord with such a wide audience? The aesthetic value is clear. Miranda is an enormously talented songwriter. His knowledge of both the Broadway musical canon and hip-hop have enabled him to create a piece of theatre that is at once accessible and edgy. But just as important as its artistic merits is Hamilton’s political sensibility. It is an unabashed celebration of the American Founding and the Founding Generation; not a thing one expects to see at a time when adopting a more critical stance about that era has become the order of the day. Certainly academic historians of the years that Hamilton mainly covers – the 1770s up until Hamilton’s death in 1804 – are keen to question the triumphant story of the birth of the American Union: the American Revolution was ultimately a good thing, but not for African-Americans or Native Americans; the so-called Founding Fathers were great men, but they believed in white supremacy and made their peace with slavery.

How, then, has Hamilton managed to bypass the more critical take on the Founding and still receive the well wishes of even the most sceptical historians, along with those of an adoring public? The answer lies in the casting. The actors portraying Hamilton, Washington, Jefferson and the other major characters are all people of colour. The only characters portrayed by white actors are George III and a British Loyalist. This cross-racial casting shapes the audience’s response to the play. If one of the principal concerns about the leaders of the early American Republic is their ill treatment of people of colour, having people of colour portray these men neutralises that concern in a way that casting a white actor could not. Consider George Washington. It would seem impossible not to fall under the spell of the actor Christopher Jackson. A black man, Jackson, inhabits the character of the white slave-owning Washington, giving the audience permission to think about something besides Washington’s status as a slave-owner and focus on his other achievements. He led Americans to victory in war, managed the difficult first years of the Republic and voluntarily gave up power, thus allowing for the orderly transition from one leader to another. Whether this suspension of reality about race during this period is a benign thing will, undoubtedly, be one of the most debated features of the play for years to come.

And then there is Alexander Hamilton himself. As is his perfect right, Miranda creates a Hamilton who is far more palatable to modern sensibilities than the real man would probably be. The real Alexander was a champion of what we call today ‘the one per cent’, who had much less faith in ‘the people’ and democracy than his nemesis, Jefferson. He argued that the president of the United States should serve on good behaviour, in other words, for life, barring misdeeds. The play links Hamilton to America’s uplifting 19th- and 20th-century immigration narrative, but he had no fondness for immigrants. Although to his great credit he was forward-thinking on racial matters, Hamilton was not the committed abolitionist the play makes him out to be. With all this said, Hamilton was never meant to be a documentary. As a creative work it seeks to tell its own truths in its own ways. Still, there is concern that Miranda’s version of Alexander Hamilton will come to shape the public’s view of the man and his times. If, as Miranda and others suggest, the play leads people to seek out the facts about the historical Hamilton – and there are more ways than ever to do that – the chances are that this will not happen.

Annette Gordon-Reed is Professor of History and Law at Harvard University. She is the author, with Peter S. Onuf, of Most Blessed of the Patriarchs: Thomas Jefferson and the Empire of the Imagination (Liveright, 2016). 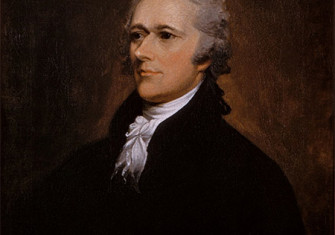 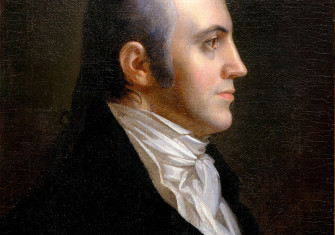