The events that led to the creation of the Irish Free State and reshaped the United Kingdom were part of two inextricably linked histories. 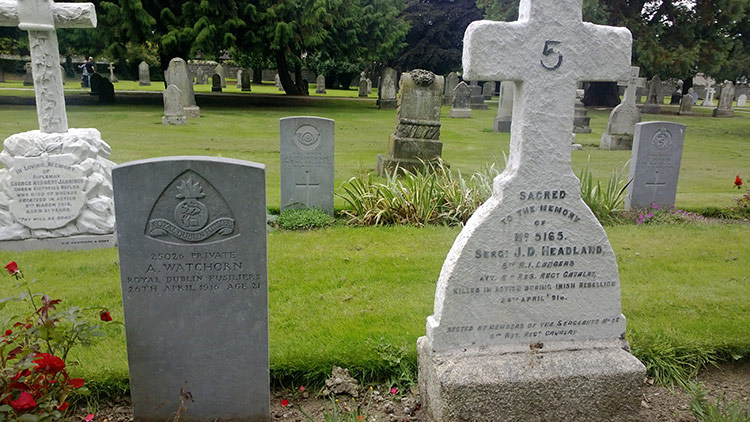 In May 1916 the young Dubliner Seán Heuston was sentenced to death for his participation in the Irish Easter Rising of that year. The night before his execution he wrote to his sister and touched upon how he and his colleagues might be judged:

Let there be no talk of foolish enterprise. I have no vain regrets. Think of the thousands of Irishmen who fell fighting under another flag at the Dardanelles.

Thousands of Heuston’s contemporaries were killed or wounded when the 10th (Irish) Division landed at Gallipoli in 1915; it is a little reminder that Heuston and the others who fought in the Easter Rising lived in a world shaped by the Great War, which conditioned their own actions.

The centenary of the outbreak of the First World War generated great public interest in Ireland. The Irish involvement in the Gallipoli campaign is being marked in a variety of ways. Last November the Irish government announced its plans for the impending centenary of the Easter Rising of 1916. The emphasis on 1916 arises from the fact that it was the catalyst for the independence movement – Sinn Féin and the IRA – that led to the creation of the Irish Free State in 1922. With the foundation of the Free State a substantial portion of the United Kingdom broke away from the whole in an unprecedented manner; it is of obvious relevance in the light of last year’s Scottish referendum.

There is still a tendency to view the Easter Rising and the First World War as distinct events, even if someone like Heuston did not. This is understandable on one level: the Irish involvement in the First World War (210,000 volunteers and 35,000 deaths) overwhelmingly took place in the British armed forces: an unlikely bedfellow for a tradition of resistance to British rule. But the First World War was fundamental to the growth and development of the Irish independence movement, especially in relation to the Easter Rising. The separatist republicans who planned and executed the rising did so within the context of a war that gave them both an opportunity and a prospective ally: Germany. The British suppressed it in the manner in which they did precisely because they were at war and feared the potential for German involvement in such an insurrection. Some Irish responses to 1916 were surprisingly hostile, especially on the part of the families of serving troops. Many Irish soldiers were involved in suppressing the rebellion and the Easter Rising cannot be understood outside the context of the British war effort. Among the British and Irish fatalities of the Great War are those troops who were killed when the Great War came to Dublin for a week in April 1916. Many of them are still buried there.

The approach to a number of centenaries up to 2022 has seen a greater recognition on the part of the Irish government of the experiences of Irishmen who fought in the First World War, along with a increased, albeit cautious, British official engagement with the reality of the Irish independence movement. The speech by Britain’s Minister for International Security Strategy, Andrew Murrison, in Cork on January 24th, 2014, was a natural follow-on from the symbolism of the state visit to Ireland of the Queen in 2011. Yet while one can be respectful of differing viewpoints, it is also right to caution against the creation of a contrived historical consensus about events that might not be compatible in ideological terms. This was pointed out by the Irish government’s Expert Advisory group on commemorations: the Irish state can hardly be neutral about its origins in 1916. Yet there are lives that straddled a range of experiences to make one think how the Irish independence movement and the First World War are intertwined. Take, for instance, Michael McCabe, who fought in the Easter Rising as a member of the Irish Volunteers; served in the British army from 1917 to 1922; fought against the Irish Free State as a member of the IRA in the Irish Civil War; yet, when applying for his IRA pension in 1938, did so as a member of the 2nd Battalion, Gold Coast Regiment, Royal West African Frontier Force. Does his life point to a ‘shared’ history, or to distinct histories, inextricably linked?

Ireland was not the only small European country to gain independence from a larger one in the era of the First World War; the difference is that it was a rare instance of a country gaining independence from a victorious power. The creation of the Irish Free State is the single most fundamental change to the UK since it was created. That alone makes the events that led to it worth looking at anew from a British perspective.

John Gibney is the editor of www.decadeofcentenaries.com. 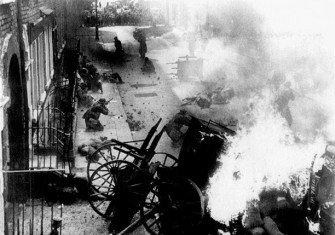 A Young Nationalist in the Easter Rising 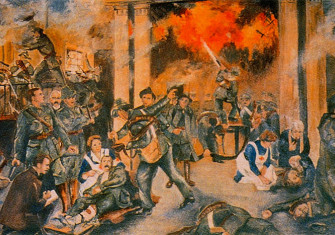