The Invention of Individual Freedom

The ideas set out by Martin Luther sparked a reformation in the idea of authority itself. 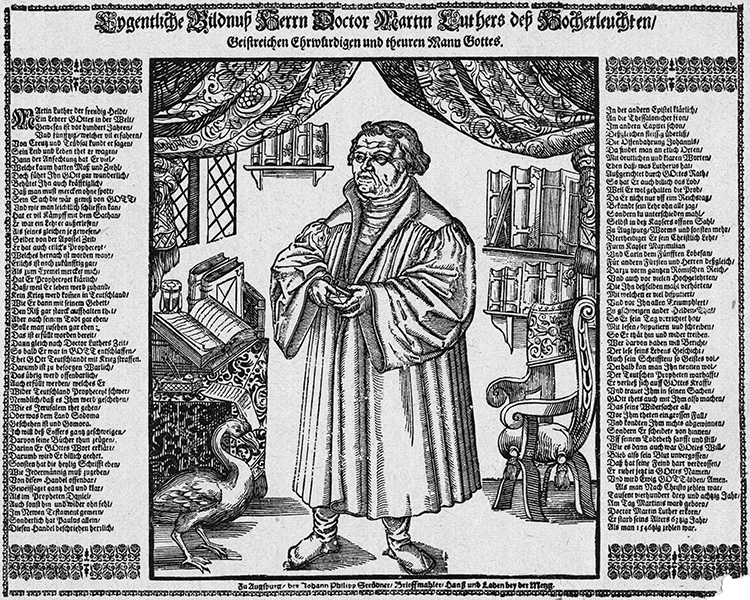 It is unlikely that Martin Luther set out to shatter authority. Yet the Reformation, which started with the publication of his Ninety-Five Theses in 1517, set in motion a chain of events that fundamentally undermined the idea of authority itself. Luther demanded that the papacy respond to his criticisms of the Church’s moral failings. His actions did not simply call into question the moral authority of the Church. His defiant stand gave voice to a sentiment that would eventually provide legitimation for disobeying all forms of authority.

Luther’s challenge to the papacy’s moral status converged with the ascendancy of secular political forces that challenged its power. This intermeshing of religious and political conflict, which eventually led to the disintegration of a united Christendom, also provoked an irresolvable debate about the locus of religious authority. Luther’s claim that Christians could have direct access to God without the need for an intermediary threatened the role of the clergy and the Church hierarchy. His theology of reform also opened up a wider debate on obedience and resistance to political rule. The very idea of authority – religious and political – became, for the first time, a focus for philosophical debate. Until this point, authority was rarely questioned explicitly: the authority of individual rulers or the legitimacy of a particular claim to authority was challenged, but not authority itself.

Did Luther really hurl the legendary words – ‘Here I stand, so help me God, I can do no other’ – at his accusers? In a sense it does not matter. Luther did not merely assert the authority of individual conscience to justify his own actions; he advanced a compelling case for the value of people being able to act in accordance with the dictates of their conscience. In so doing, his argument implicitly called into question the right of external authority to exercise power over the inner life of people.

The distinction that Luther drew about the nature of authority represented an important step in the conceptualisation of a new limit on its exercise. His Treatise on Good Works (1520) asserted that ‘the power of the temporal authority, whether it does right or wrong, cannot harm the soul’. This idealisation of the soul and its protected status from external authority encouraged European culture to devote greater interest in individual conscience and eventually to endow the self with moral authority.

Luther’s protection of the soul from secular imposition led to the paradox of inner freedom with external domination. Nevertheless, the coexistence of apparently contradictory relations to authority could not indefinitely survive without one giving way to another. The recognition of a sphere where political rule could not legitimately coerce the individual ultimately undermined the status of absolutist authority in all spheres of life. It soon became clear that once individuals are granted inner freedom they find it difficult to unquestioningly obey any form of authority.

When Luther suggested that he could not but obey his individual conscience, he provided the basis for an argument that was soon perceived as subversive. The very suggestion that individual conscience could oppose external authority would, in the years to come, crystallise into the affirmation of the ideal of individual freedom. That is why the English historian Christopher Hill went so far as to claim that the ‘essence of protestantism – the priesthood of all believers – was logically a doctrine of individualist anarchy’.

Yet Luther was not a lover of human freedom: he insisted on absolute obedience to the external authority of secular rulers; and his violent denunciation of the Peasants’ Revolt and his call for its bloody repression demonstrated a fanatical determination to uphold external authority. Though the Reformation gave rise to anti-authoritarian tendencies, creating the conditions for the restraint of external power in people’s inner life, it also sanctioned the use of unrestrained coercion in public life. This contradiction between the aspiration for individual liberty and the imperative of order in public life remains unresolved, centuries after the Reformation.

Luther’s aim was to reform corrupt practices of the papacy. However, the movement for reform and the counter-reaction it provoked soon escalated into a bitter and violent religious war. Paradoxically, the religious wars that engulfed large parts of Europe from 1524 to 1648 weakened the moral standing of not only the Roman Church but also of Christianity. Religious conflict reduced the moral and political influence of Christianity overall, which in turn encouraged the de-sacralisation of authority. Once authority lost the validation of the divine it had to account for itself in the secular world and new secular arguments had to be developed to justify the claim to authority and obedience to it. From this point onwards, authority in European society could rarely be taken for granted.

Frank Furedi is the author of Authority: A Sociological History (Camberidge 2013)