Reflections from the editors of History Today, Rodina and Damals on the meaning of 1945.

Eberhard Jackel draws on Nazi security reports to chart the change in German public opinion in the last year of the war and discusses the shifts in psychology that have enabled modern Germany to come to terms with, and move on from, the crimes of the Third Reich.

Previously unpublished account of a British veteran, caught up as a POW in the Allied bombing of Dresden. Dick Sheehy recounts his experiences in and around the annihilated city and of life later as an escapee on the road in Germany, coming across the French, Russians and Americans, while the Third Reich disintegrated in the spring of 1945. 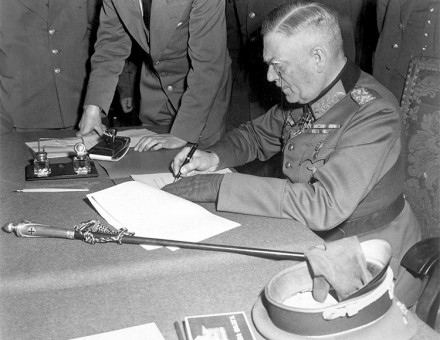 The German historian Reimer Hansen chronicles the last days of the Nazi regime and shows how the detailed response to the Allied demands had a critical impact on the shape of post-war Europe.

Their finest hour - Angus Calder takes a critical look at the credits - and debits - of Britain's contribution to the Second World War and asks if a 'spirit of the Blitz' myth-mentality has helped or hindered the country's post-war development. 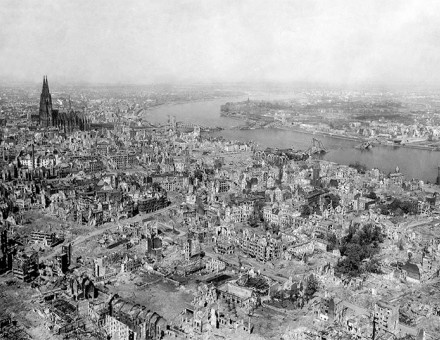 A People Without A State: Germany after VE Day

From Hitler's suicide to the Berlin blockade - Friedemann Bedurftig looks at the consequences of defeat, the process of denazification and reconstruction and the growing Cold War tensions between the former Allies in charge of the ruins of the Third Reich.

Stalin and the Allies: Who Deceived Whom?

In the first of our contributions from the Russian magazine Rodina, Sergei Kudryashov charts the twists and turns of the Soviet leader's tricksy diplomacy with his Western comrades-in-arms and its impact on the war effort. 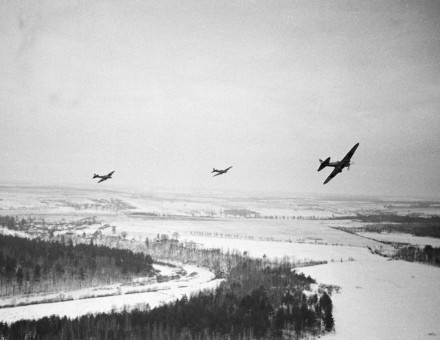 What if Hitler Had Defeated Russia?

A fascinating speculation on what might have happened for the future of the world if Operation Barbarossa against the Soviet Union had been successful. 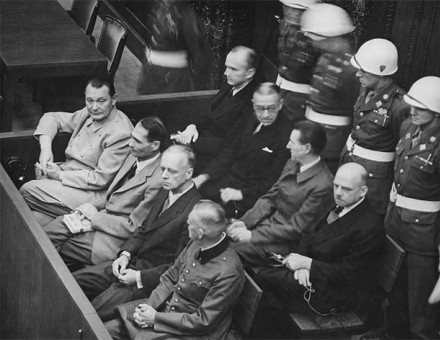 Michael Biddiss looks at how the victorious Allies dealt with the unprecedented prosecution of genocide and mass atrocities by the Nazi leadership and how fair the proceedings were to those in the dock.