After the First World War a new Europe of independent states was created from the ruins of the old empires. By 1956 these countries were locked into the Soviet system. L.P. Morris asks how could this have happened?

To mark the occasion of the fifteenth International Congress of Historical Sciences, being held in Bucharest from 9th-15th of this month, we present a portrait of the Romanian capital.

Towards a Definition of the Dacians

Much less is known about the Portuguese conquistadores of eastern Africa, explains Malyn Newitt, than of their counterparts in America and the Indies.

Religion in the Victorian City

The census of religious worship taken in England and Wales in 1851 gives a unique insight into the religious habits of our Victorian predecessors which, as Bruce Coleman explains, is very much at variance with the popular image of them.

A Cistercian Monastery and its Neighbours

What did medieval monasteries mean to those living inside them, to those who founded and helped them with gifts or protection, and to those who lived near them? Professor Holdsworth examines these questions in relation to the Cistercian order. 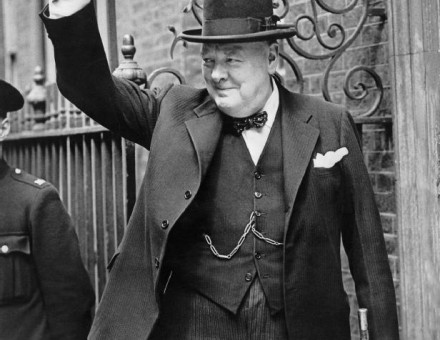 The 'Churchill Question' is a complex one: a study in failure as well as success.

In his article last month in our series, 'Makers of the Twentieth Century', Jeremy Noakes evaluated Hitler's contribution to the creation of Nazi Germany and the outbreak of the Second World War. Now Dr. Noakes turns his attention to those who voted for the Nazis: from whom did the party of Hitler draw its support and what did it offer to the disillusioned German people?