David Hopkinson describes how the foundations of modern Britain were largely laid by Liberal intellectuals from 1906 onwards.

The Salisbury Book of Hours

J.P. Harthan describes The Salisbury Book of Hours; compiled in Rouen about 1425, the prayer-book owes its name to one of the best English commanders in France.

The Place of Romania in European History, Part II

Kenneth Johnstone traces Romania's development, from the Crimean War to independence and enlargement.

The Patronage of Clement VI

Philip E. Burnham Jr. describes how the court of Clement VI at Avignon became a model of humanism and scholarship for princely courts elsewhere in Europe.

The Fronde, Part I: The Revolt of the Lawyers

Geoffrey Treasure describes how a seventeenth century conflict between the French Crown and Parlement represented a protest against the increasing absolutism of royal Ministers.

Stephen Usherwood introduces a remarkable advocate in politics as well as in his practice; Lord Mansfield was Lord Chief Justice for thirty-two years. 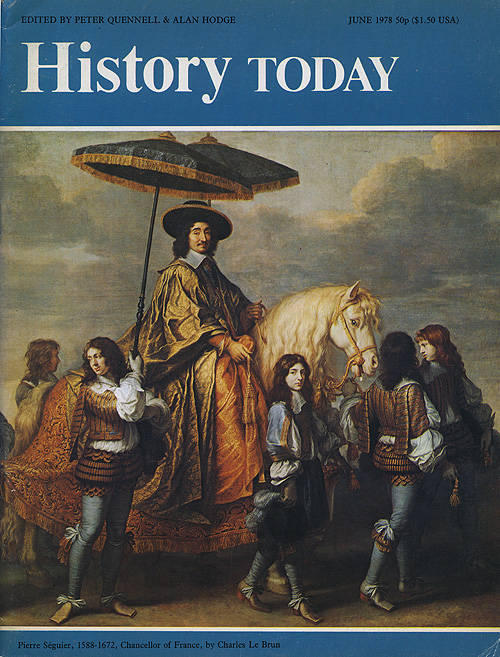