The Rule of the Nine in Siena

Between 1285 and 1355, writes Judith Hook, the turbulent Sienese enjoyed a period of unaccustomed peace.

The Bombardment of Algiers, 1816

Derek Severn describes how the assault secured the release of many slaves and much ransom money but Barbary pirates remained a menace until the French annexation.

Aileen Ribeiro describes the masquerades and concerts that took place in eighteenth century Soho, as devised by the socialite, opera singer, and adventuress from Vienna.

John Terraine describes how, in 1917, there was little to sustain German morale at home.

A British Student Prince in Germany: 1913

John Wroughton describes how the Prince of Wales and his Oxford tutor paid two agreeable visits to Germany in 1913, from which he returned with a warm affection for the German people. 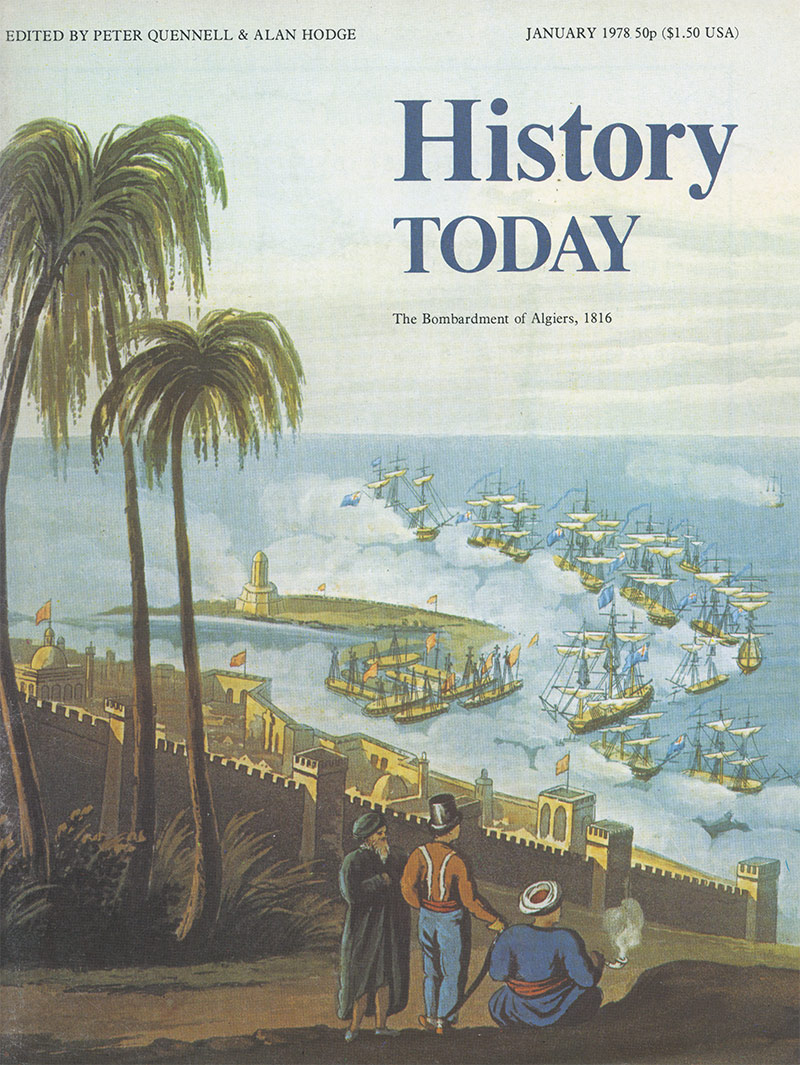