William Augustus was he first of the house of Hanover to be born in England. Rex Whitworth describes how, politically, the Duke became almost First Minister of the Crown.

Victorious in Defeat: The American Loyalists in Canada

In the maritime provinces and Quebec, writes Wallace Brown, thousands of Loyalists took refuge and changed the course of Canadian history.

The Norman Who Became Prince of Monaco

A Genoese family ruled the Mediterranean principality for several centuries; Len Ortzen describes how, in 1715, the heiress married a Norman.

Over four centuries the University of Padua attracted a large number of foreign students, writes Alan Haynes, among whom the English were prominent.

L.W. Cowie takes a visit to the last of the great Elizabethan and Jacobean mansions of London, that once looked south across the Thames and survived until 1874.

The ungainly princess from the Palatinate was an unlikely bride for Louis XIV’s brother, writes Nis A. Petersen, but her frank nature and resourceful intelligence commended her to the King.

Chinese Emperors banned the importation of opium, writes M. Foster Farley, but it was smuggled into the country by East Indian traders and led to the Opium War of 1840. 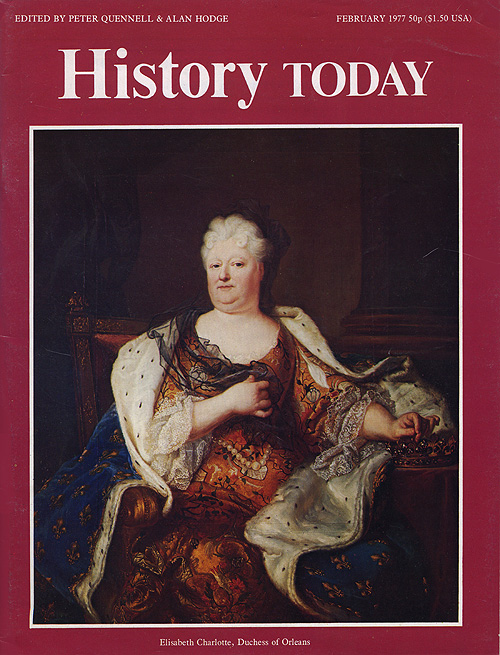