Near London Bridge, writes W.A. Speck, the Doric column to commemorate the Great Fire of 1666 was designed by Wren and made of Portland Stone.

Thirty years of private relations when they were often at odds preceded the appointment of Canning as Prime Minister in 1827 by George IV, writes Christopher Hibbert.

Yellow Fever in the Americas

Simon Harcourt-Smith describes how the Americas were plagued by Yellow Fever, borne by mosquitoes from the seventeenth century until the early twentieth.

The uprising by officers in 1825 in St Petersburg was premature, writes Ian Grey, but even contemporaries recognised that seeds had been sown which one day would produce important consequences.

An Expedition to Aquitaine, 1512

Guienne and Gascony were lost to the English Crown in 1453. General Sir James Marshall-Cornwall describes how Henry VIII had ambitions to regain them.

Bertha S. Dodge follows the journey of John Ledyard, a captain’s son from Connecticut, who helped to explore the Pacific and travelled across the Russian Empire.

Letha Musgrave introduces William of Ockham  a native of Surrey, the Franciscan scientist and philosopher who was deeply involved during his own lifetime in the politics of medieval Church and State. 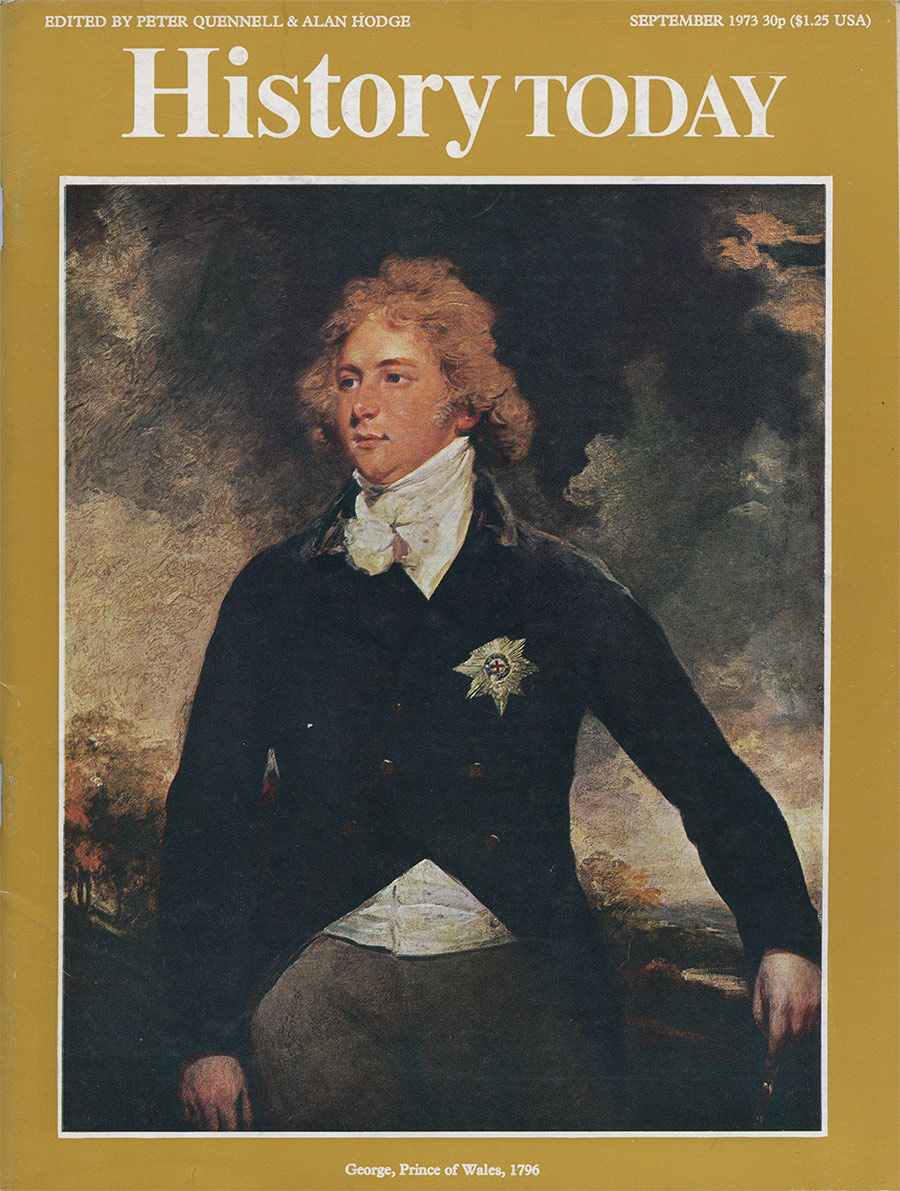