Amid the disasters of the first Afghan War, writes James Lunt, the successful defence of Jellalabad, beyond the Khyber Pass, stands out as a well-deserved battle-honour.

Territorial concessions in Anatolia were promised to the Greeks during the First World War but, writes Cyril Falls, hope of fulfilment was defeated by the resurgent republicans of Turkey.

At the age of twenty-one, in 1826, Disraeli published his first novel, Vivian Grey. Robert Blake describes the long career that lay before him, in which romantic politics and political romances were brilliantly blended.

In the month after the Napoleonic Wars resumed, writes R.M. Anthony, a middle-aged widow and three of her young daughters made an extensive sight-seeing tour of England and Scotland.

The Age of the Projectors

Alex Keller describes how the closing years of the sixteenth century and the early decades of the seventeenth marked the first period in England of important technological advance.

The Rise and Fall of Jacques Coeur

An international merchant, Jacques Coeur became banker to the court of Charles VII of France. By 1450, writes A.R. Myers, Couer had reached a magnificent height of prosperity 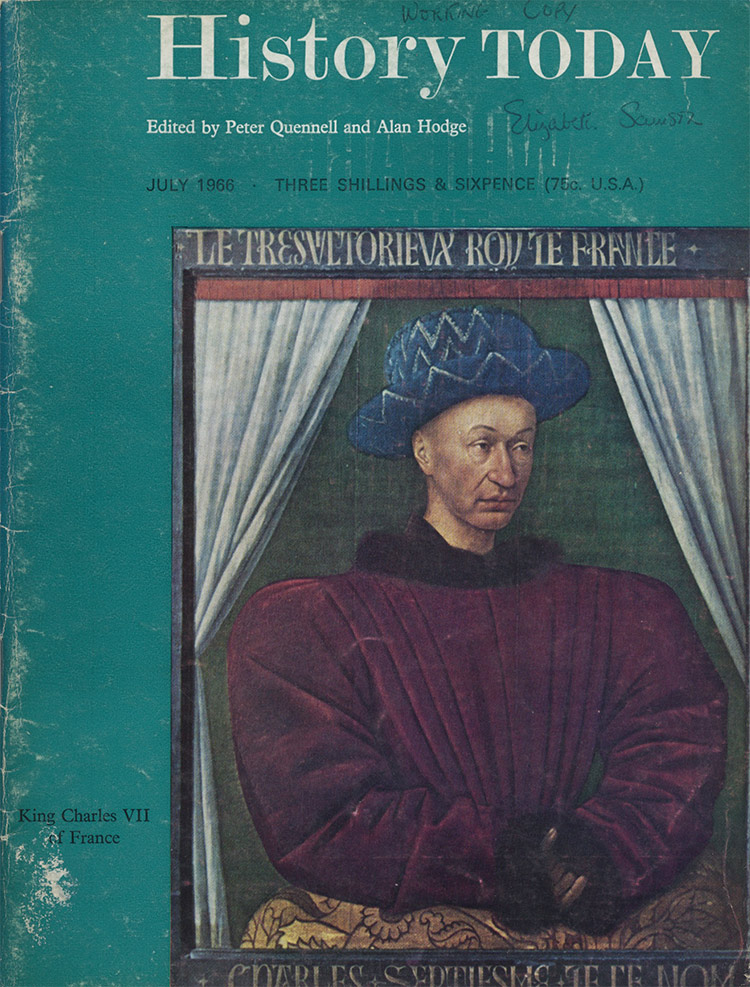