‘We have not kept our women individually under control, we now dread them collectively’, said Cato the Elder, as women took to the streets to protest unfair laws. 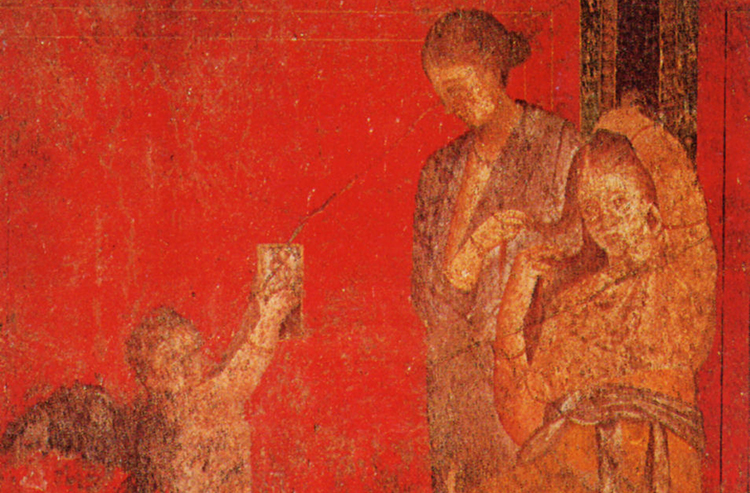 The women of ancient Rome took to the streets in protest in 195 BC. It was a striking manifestation of their power in what was a rigidly patriarchal society.

The event was the Senate's discussion on the repeal of the lex Oppia, a wartime austerity measure implemented at the height of the Second Punic War in 215 BC. A series of laws were implemented in this period of financial crisis, including those which saw the doubling and tripling of taxes, trust funds borrowed for use by the state and citizens’ private property diverted to public use. The lex Oppia was implemented to severely curb female expenditure on adornment and finery. This law restricted how much gold women were allowed to wear and what they wore; they were no longer permitted to dress in multi-coloured garments, particularly purple. They were also no longer allowed to ride in their carriages within one mile of the city. These restrictions prevented what these women saw as their right to be elegant in appearance. More importantly, however, at a time when women did not enter into the service of the state and rarely into business, these continuing restrictions denied Roman women the opportunity to proclaim their status and identity through the only avenue open to them: personal adornment.

The language of adornment and its symbols were potent and played a key role in differentiating the status of individuals. Adornment could be seen as a weapon of choice for women who sought by some means to empower themselves. In a society where a woman remained dependant and under the control of fathers and husbands, she possessed no assets of her own. Property and money received as gifts or inheritances by the single woman remained under the control of her father and, as a married woman, were absorbed into her husband’s estate. Women, however, could gain a measure of control over their lives by achieving personal recognition and identity through their adornment and dress. Those Roman wives who brought a generous dowry to the marriage could keep the pressure on their husbands to meet the expenses of their previous lifestyle, while other wives may have received a monthly or yearly allowance towards their personal expenditures.

Unlike other wartime measures, the restrictions enforced by the lex Oppia remained in place. The views of the conservative Roman patriarchy may have been that the austerity enforced on females by this particular law was equally desirable during peacetime. The Roman woman believed that, 20 years on, in this time of peace and prosperity, it was unacceptable that this law was still in force. The lex Oppia and the question of its repeal was politically and socially a complex issue. The events that it set in motion on the streets of Rome created a precedent which saw Roman women stand up for their rights and make their voices heard.

Those in the Senate who proposed the repeal of this law raised the question: ‘If an emergency measure passed during wartime should forever be observed then why have we repaid loans advanced by private citizens?’ The answer being that all Roman men have benefitted from the relaxation of these emergency measures. It was argued, however, that it is their wives alone who have not. Unlike men, the Senate was reminded, women have no offices, spoils of war, triumphs or decorations available to them. Their ‘badges of honour’ were elegance and adornment. It is not unreasonable to consider, too, that for those who sought to evoke this law there were other agendas at play; richly adorned women were status markers for their husbands. ‘Would you in your refusal to revoke this law’, the question was put to the Senate, ‘allow the trappings of your own horse to be more splendid than the dress of your wife?’ 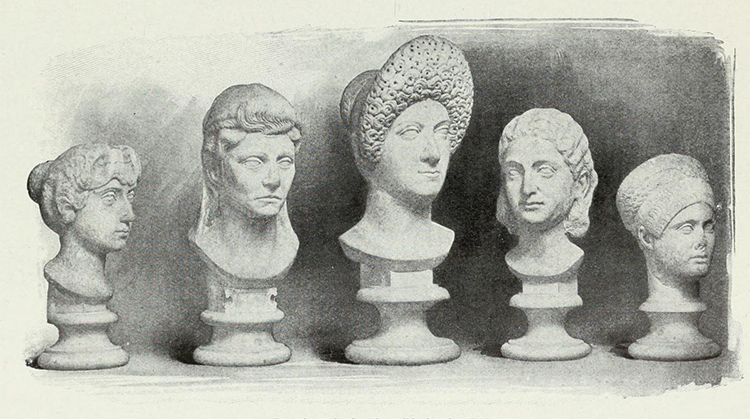 Opposition to the repeal of the lex Oppia initiated several lines of defence; Cato the Elder lamented the Roman husbands’ lost control over their wives. He warned them that once the law had ceased to set a limit to their wives’ expenditures, they would never be able to set such limits themselves. A woman who could afford to purchase luxuries from her own purse, it was warned, would do so. The woman who could not would beg her poor wretch of a husband until he submitted to her will.

The prospect of the refusal of the repeal generated the most striking manifestation of women’s power. Women’s anger led to an outpouring of disapproval. From the towns and rural areas they streamed into the centre of Rome to make their outrage felt. They crowded into the city in huge numbers, venting their fury, blocking the streets and the approaches to the Forum. Described in the Senate by the opposition as ‘uncontrollable’ and ‘untamed creatures’, the anger of these women emboldened them. Cato called the event ‘an insurrection of women, of panic stricken matrons'. On the streets and street corners they did the unspeakable: they approached and urged men, consuls and officials for their support and votes.

The growing mass of women filling the Forum applied sufficient pressure to cause the opposition to attempt to strike fear into the Senate. The failure to defeat this proposed repeal, it was warned, would result in a success for these women which would see them interfere with other legislation. ‘Might they also’, the opposition threatened, ‘review all the laws set by our forefathers which made our women subject to their husbands? Consider too what might be the situation should this law be evoked, if presently with all these bonds you can still scarcely control them.’

Speeches were delivered for and against the bill. But the protesting women would not allow their voices to be silenced. After the speeches the pressure on the streets was intensified by the demonstration to such a point that the threat of veto was removed. In 195 BC, 20 years after this emergency measure had been passed, the lex Oppia was successfully revoked.

Laura McCormack is a postgraduate student researching the anti-cosmetic tradition and Roman women.