Why did only some women get the vote in 1918 and what did they do with it? 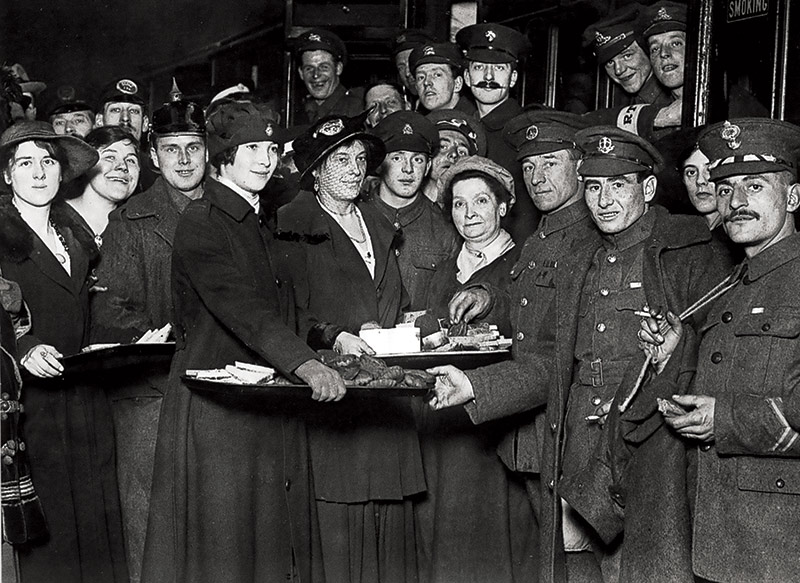 We have heard much recently about ‘some’ women getting the vote, at last, in 1918 and occasionally that all adult men gained the vote at the same time. There have been few attempts to ask whether these two reforms were connected or why the female vote was restricted to those aged 30 and above, were graduates, owned or rented property worth at least £5 annual rental or were married to someone who did.

The Labour Party, the only party committed to votes for women, had long campaigned for votes for all adults. Women campaigned for the vote before the war, some with mounting militancy as their demands were ignored, leading to increasingly violent opposition: the imprisonment and forced feeding are well known, the sexual abuse from police and in prison much less so. It was not publicly discussed at the time, although it influenced Christabel Pankhurst’s cry, ‘Votes for Women, Chastity for Men!’

Campaigning was muted during the war when it seemed even less likely to succeed. But by 1916 the Liberal-Conservative coalition government felt it must reward the men fighting for Britain. Even Germany had enfranchised all adult males in 1871. In Britain, 40 per cent of adult men were excluded, mainly for failing the property qualification later preserved for women. Most were working class, although some unmarried middle-class men who lived in family property or as lodgers were also voteless. Enfranchising millions of working-class men was daunting for the politicians, especially as Labour grew in strength during the war; even more so in 1917 when the Russian Revolution brought the spectre of socialism still closer. Nevertheless, in 1918 the male vote was extended to all men at 21, or younger if they had served in the war – though conscientious objectors were banned from voting for five years after the war.

Allowing women to vote was scary for many men, especially because, if they qualified on equal terms with men, they would be a majority of voters, and not just due to male deaths during the war, as a page on the parliamentary website mistakenly suggests. Women had long, possibly always, been a majority of the population because, on average, they outlive men. The 1911 census recorded 107 females to every 100 males in England and Wales; in 1921, it was 110. This fear was one reason to raise women’s voting age – 35 was proposed by some. Another was the belief that older women were mature and stable, less likely to turn socialist than unreliable young ‘flappers’. Retaining the property qualification could reinforce this conservative bias by excluding working-class women, including the many live-in domestic servants and those, married and unmarried, lodging in low-cost rented accommodation. Following the Representation of the People Act, women were 43 per cent of the electorate. It reduced some class and gender inequalities, but reinforced others.

Britain was unusual in restricting female franchise. In the many other countries where women won the vote around this time – including Germany in 1918 – they gained it on equal terms with men.

Suffrage campaigners objected to the inequalities, but accepted them as a first step and vowed to fight on. The Pankhursts’ Women’s Social and Political Union (WSPU) effectively disbanded during the war, but many of its supporters carried on campaigning. Millicent Garrett Fawcett’s National Union of Women’s Suffrage Societies was renamed the National Union of Societies for Equal Citizenship, urging women, now they had the vote, to use it, and less conservatively than the politicians hoped. In November 1918 they gained the right to stand for Parliament at the surprisingly young age of 21, like men. This passed easily through the Commons when some male MPs pointed out that they had been elected before they could vote and before they met the property qualification. Gender equality was acceptable for candidates but not for voters. Perhaps they expected few women to be elected, as it indeed turned out.

Women then campaigned successfully for legal changes, including gender equality in divorce, property rights and child custody, and access to professions including the law. Few women became MPs, but extra-parliamentary pressure was effective when politicians needed female votes, though there were limits: vigorous campaigns for equal pay and employment rights failed.

Above all, women wanted equal voting rights. When the Conservatives won the 1924 election, the prime minister, Stanley Baldwin, promised women the vote. He then did nothing until, by 1928, tired of his evasions, they threatened a return to militancy. The Daily Mail, long opposed to votes for women, warned ‘if the women come to use their power ... men will be steadily dislodged’, but Baldwin gave in. In 1928 women gained the vote on equal terms with men and became 53 per cent of the electorate. The Mail declaimed ‘it may bring down the British Empire in ruins’. It did not, although the 1929 election reinforced its fears by returning Labour as the largest party for the first time.

Women carried on fighting, including against their exclusion from the House of Lords. This was remedied at last in 1958 when Life Peerages were introduced, for both men and women, by a Conservative government keen to win women’s votes after most of them voted Labour in 1945, 1950 and 1951. But women have not yet ‘dislodged’ men, who still hold two thirds of parliamentary seats.