Can Welsh history be separated from British history, or are they too intertwined? 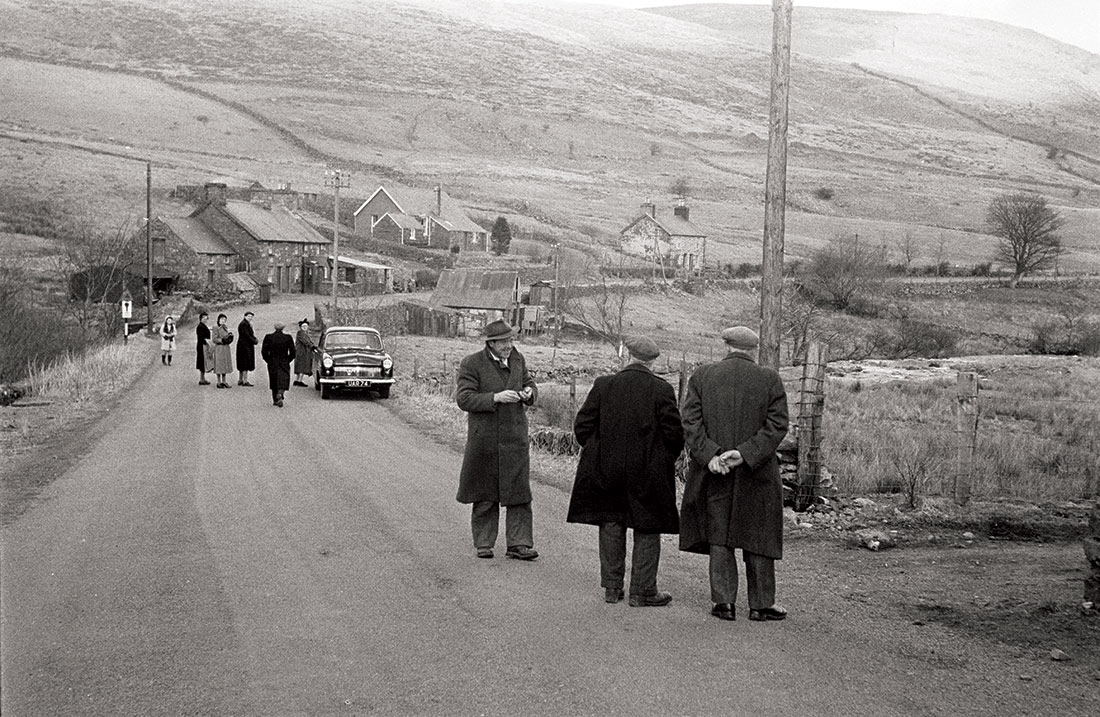 In 1965 a new reservoir opened at Cwm Tryweryn in north-west Wales. It was created to provide Liverpool with water, but its construction involved the destruction of the Welsh-speaking village of Capel Celyn. The affair created significant ill-feeling and anger in Wales.

Although there were some in Wales who saw the reservoir as an economic opportunity, it also created a sense that the country was powerless when its interests came into conflict with those of England. Wales’ natural resources had been taken, against majority opinion, to benefit a city in another country; a Welsh-speaking community was destroyed at a time when the language was in retreat. As a result, questions began to be asked about the nation’s place in the United Kingdom.

Only for a minority did that translate into voting for Plaid Cymru, Wales’ nationalist party. In 1966 it won its first seat in the House of Commons, but this owed something to a protest vote by disaffected Labour voters. Yet the very fact that they were willing to consider Plaid Cymru as a vehicle to make that protest was a sign of change. The threads of class and popular Britishness that held the United Kingdom together were threatening to unravel.

The nationalist movement did gradually grow, boosted by the new generation that came of age in the 1960s. Influenced by the US civil rights movement and the general atmosphere of challenging conventions, young men and women took up forms of illegal direct action that included removing English-only road signs and refusing summonses issued in the English language. A few took to planting bombs and parading in military uniforms.

Support for the protests from many older Welsh speakers ensured the government made concessions. Most notably, Welsh was recognised as an official language of state in 1967. But government also attempted to reignite the popular sense of Britishness that existed in Wales. In 1969, the government organised for Prince Charles to be invested as Prince of Wales at Caernarfon Castle.

While many enjoyed a day off school and thousands lined the streets to catch a glimpse of the prince, others saw the whole thing as a colonialist charade. Caernarfon Castle had been built by Edward I as a military tool and symbol of conquest. It was Edward who had taken the title of Prince of Wales from the native dynasty that invented it and given it to his son. The fact that the heir to the English throne continued to hold it 700 years later was seen by some as a national insult.

The echoes of these events continue to raise emotions in Wales today. There are already fears that William will be Prince of Wales after his father accedes to the throne. A campaign is beginning to pressurise the Welsh Rugby Union to replace its Prince of Wales’ feathers emblem with something more Welsh.

On the walls of a ruined cottage near Aberystwyth, a piece of graffiti, first painted in the 1960s, declares ‘Cofiwch Dryweryn’ (Remember Tryweryn). Earlier this year, it was overpainted with the word ‘Elvis’, causing an outpouring of anger. A member of the Welsh Assembly criticised the vandalism for demonstrating ‘a fundamental lack of awareness of or care towards the drowned communities that the wall represents’. She went on to call for the graffiti to be given some form of protected status and for the wider teaching of Welsh history in schools. ‘Too often’, she concluded, ‘Welsh history is merely taught as an adjunct to a British-centric view of history’.

Demands for more Welsh history to be taught go back to at least the start of the 20th century. Indeed, a few have sometimes claimed that an ignorance of a collective national history is deliberately imposed on Wales by those who seek to suppress Welsh nationalism. More certainly, those who want more Welsh history taught are partly motivated by the hope that it would lead to a growth in Welsh nationalism.

There are incidents in Wales’ past that encourage the view that Wales has been oppressed, which might, therefore, feed separatism. Medieval conquest was violent and was followed by the implementation of a colonial system that denied the Welsh certain legal rights and saw the creation of settler communities. Henry VIII, of distant Welsh origins himself, later formally annexed Wales and made English the language of public administration in Wales. There are also a litany of examples of English arrogance and disdain towards the Welsh as a people and a group with distinct needs and interests.

Just as it is easy to point to the very real examples of oppression and colonialism, it is also possible to tell the history of Wales as one of co-operation and conciliation, one where the Welsh people have identified with, rather than against, the British state. The Welsh, after all, were enthusiastic members of the British Empire and benefitted from all the economic opportunities it brought. The British Empire was built on foundations of exploitation and racism, but the Welsh were among its beneficiaries, not its victims.

These two readings of Welsh history are not incompatible. History is rarely straightforward and there is no single Welsh point of view that can replace the Britishness that some bemoan dominates history teaching in Wales. Indeed, trying to disentangle the Welsh and British perspectives is impossible. Some of the people running the state were Welsh. The tragedies and achievements of the First and Second World Wars, the beliefs in racial and gender hierarchies and the legal and cultural advances towards equality are all parts of Wales’ history. British history is Welsh history, too.

The reverse is also true. Yet this is not much evident in British history teaching and writing in England. Events such as the flooding of Tryweryn and the 1969 investiture are often ignored by historians outside Wales, an example of the Anglocentrism that turned many Welsh people away from Britishness in the first place.

From medieval understandings of the loss of Britain to the Saxons, to contemporary views of a history of oppression by England, history has always been central to sustaining and shaping Welsh identity. That has sometimes involved partial or misleading readings of the past, but British history can also be very selective.

From the perspective of England the rise of Welsh nationalism from the 1960s might feel parochial, but it is a process that is still growing and may yet contribute to the very end of the UK.

Martin Johnes is Professor of History at Swansea University. He is the author and presenter of the BBC television series and book Wales: England’s Colony? (Parthian Books, 2019).