The relationship between France, Germany and Britain is at the heart of the European story. Three historical figures embody it. 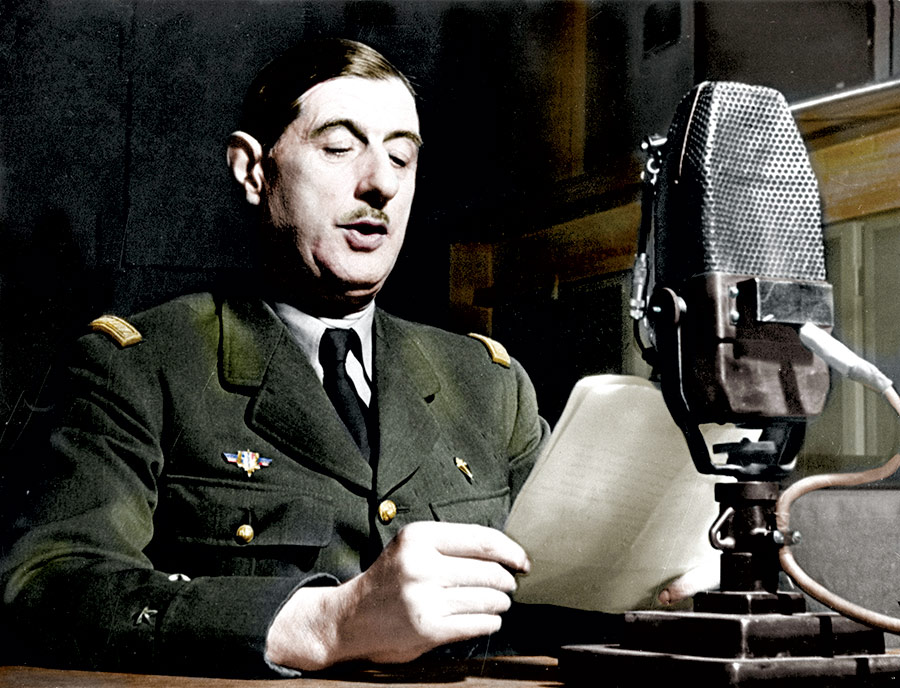 Never in recent history has a single news story so dominated the media agenda as Brexit. The unexpected referendum result of June 2016 brought to the surface tensions present since Britain entered the Common Market in 1973, as European integration developed by stealth through treaty change. This had been stymied by a culture of ‘opt outs’, leaving Britain outside the single currency, social charter and Schengen migration arrangements. But treaty changes began to impact on Britain’s semi-detachment, with developments such as the single market, ironically a British-designed construct.

These tensions between nationalism and supranationalism have their roots in deeper European history. Over centuries European states were forced to cooperate through wars, revolutions, constitutional change, economic cycles, empire, decolonisation, migrations, religious schisms and challenges from outside Europe. At the same time, states struggled to stand alone, without institutional links to others. Wars became more destructive, economic expectations were elevated, European empires collapsed and secularism became a unifying factor.

At the heart of the European story lies the relationship between France, Germany and Britain. Figures from all three states responded to pressures for interconnectedness. At the same time, in spite of shared intellectual preoccupations and the forces of integration, these three ‘great powers’ resisted simultaneous friendship. Since 1945, France and Germany have been rebuilding Charlemagne’s empire from the rubble of war, while Britain has followed a post-colonial, Atlanticist path.

All three states are infused with a strong sense of the national and a variable sense of Europe. European thinkers, statesmen, clerics and generals could harness the underlying forces of integration but were informed by their national agenda. Change was often wrought for reasons of national imperative. François Mitterrand and Helmut Kohl struck their pragmatic deal in 1990, trading German unification for a single European currency. The early years of monetary union were promising, suggesting national and federal priorities might correspond. But the project floundered in the aftermath of the financial crisis of 2008, when Britain’s decision to stay out looked astute.

In the 18th century, Adam Smith was a pan-European thinker, present in the salons of London, Paris and Edinburgh, his home town. He wrote of Europe as ‘one great country’ and debated with François Quesnay and other physiocrats on economic circulatory systems. Smith was a Scot who embraced unification with England in 1707 as an opportunity for federalism and the unleashing of his ‘invisible hand’ across widened trading regions. He opposed excesses of English colonialism that distorted trade and would have seen today’s customs union in that light. Free movement of factors of production within the single market have their intellectual roots in Smith. Later, the German economist Friedrich List provided the blueprint for the non-Smithian customs union: the German-speaking Zollverein, designed to nurture ‘infant industries’ in the face of ‘unfair’ British colonialism.

At the same time, in the realm of constitutional thinking, writers pressed a form of integration aimed at promoting peace. William Penn reacted to the excesses of Louis XIV, while Charles St Pierre helped draft the peace of Utrecht, clearing up the military carnage of the Sun King. Henri de Saint-Simon sought constitutional arrangements that might avoid a repeat of the Napoleonic Wars. Above all, Immanuel Kant wrote about a ‘federation of nations’, where European republics might come together to deliver ‘perpetual peace’. Kant was from Königsberg, then part of Prussia, now part of Russia. He spent his whole life in that part of ‘middle Europe’, reminding us of Germany’s geographical proximity to the east. This informs Berlin’s approach even today, under Angela Merkel, an East German. Yet, like Saint-Simon, Kant’s views on ‘perpetual peace’ in Europe and ideas of federalism were forged in the context of war with Napoleon. He sought to make philosophical and constitutional progress from Europe’s conflict. Like Smith, he tapped into pan-European discourse. Indeed, in his philosophy, he joined the deductive reasoning of Descartes with the inductive insights of British empiricists, such as John Locke. Here was a model for European integration, at least in the ‘republic of letters’.

If Smith and Kant represented British and Prussian contributions to European integration, we might nominate a comparable French emblem: the person regularly voted France’s greatest historical figure, Charles de Gaulle, a man of action rather than ideas.

On finally taking power in 1958, supported by the architecture of his centralised Fifth Republic, de Gaulle was an early ‘eurosceptic’. He had worked since 1945 to rebuild French prestige through a reconstructed empire and the pragmatic realisation that Algeria must be independent. Then, with fellow Catholic Konrad Adenauer, he embraced Europe, rebuilding a post-colonial France while constructing an EEC in the image of France. The Elysée Treaty of 1963 was the culmination of this détente, placing London outside the centre of Europe: an alliance in counterpoint to the US-UK ‘special relationship’ of unequals. French diplomacy, technocracy and statecraft could ally with Germany’s ‘social market’ economic engine to lay the groundwork for France’s ‘30 glorious years’.

French and German growth would outstrip that of Britain until the Thatcher revolution of the 1980s, when Britain benefitted from full exposure to EEC competition. Smith’s legacy was felt in EU rules on state aid, privatisations and the single market. Kant’s political and constitutional insights were discernible in European treaty changes. But de Gaulle’s underpinning of the project with a dominant Franco-German engine was equally influential. Europe could be made through non-ideological dealmaking and the centre of power would always be shared between France and Germany.

No British prime minister would exert power at that European level. De Gaulle had marginalised the British to play the role of third leg of the European stool. For many Britons this was a familiar semi-detachment. But, within an ever more integrated EU, Britain struggled to find a role equal to its economic and strategic profile. It was too large to be another Holland, too economically robust to be Italy, yet outside the single currency and the Élysée Treaty. That is the conundrum for London in 2019.

Stuart Sweeney is the author of The Europe Illusion: Britain, France, Germany and the Long History of European Integration (Reaktion, 2019).