Shadow on the South China Sea

Since the beginning of the 20th century, a tiny collection of islets and shoals has been the focus of disputes involving seven nations. American and Chinese warships shadow one another around disputed islets, planes jostle in the skies overhead and seven different governments argue over who has the rights to the oil and fish in the waters beneath. At the heart of this is the question of who owns the rocks and reefs of the South China Sea. They may be tiny – their total area is just a few square miles – but they could trigger a global confrontation.

There are actually two sets of disputes in the South China Sea: one is about the islets themselves and involves China, Taiwan, the Philippines, Malaysia, Brunei, Vietnam and, to a limited extent, Indonesia. The other is about the spaces in between the islets – which is really about the rules of the international system, particularly the Law of the Sea – and that predominantly concerns the US and China. It is the overlap between the two disputes that makes them so potentially dangerous. An incident between local fishing boats could end in conflict between two of the world’s most powerful navies.

The disputes about the islets began with quarrels over bird droppings and have evolved into arguments about oil and gas. In 1909 Chinese nationalists, already agitated about the ‘humiliation’ of their country by the imperial powers, took umbrage at the activities of a Japanese entrepreneur, Nishizawa Yoshiji, who was extracting guano on the otherwise deserted island of Pratas, half way between Hong Kong and Taiwan. As a result of this, China mounted an expedition to the Paracel Islands, between the coasts of China and Vietnam, and claimed them for the first time.

The Paracels were already well known to the French and British, who had mapped them a century beforehand and named some of them after managers of the East India Company (Drummond, Pattle, Roberts and Money) and others after East India Company ships (Antelope, Investigator and Discovery). The Chinese authorities had never expressed more than a passing interest in them before the 20th century, but in the wake of the Pratas episode they asserted a claim that the islands had been Chinese ‘since ancient times’.

During the 1920s and 1930s France (then the major colonial power in Indochina) joined China and Japan in contesting the islands. This was a time of great geopolitical turbulence, in which no country consistently occupied or administered them, although all made haphazard attempts to do so.

It was only later that attention turned to the Spratly Islands, hundreds of miles south of the Paracels and named after a whaling captain from the East End of London. On Bastille Day 1933, France annexed six of them and the Chinese authorities began to take an interest. At this point the story becomes curious. In June 1933 the Republic of China (ROC) set up a committee to decide upon the country’s borders and regularise its maps. Much territory had been ceded to foreign powers over the preceding century and the government was unsure whether to continue its claim over it. The fate of the South China Sea islets became mixed up in this map-making process.

The committee did not have the means to survey the islands itself so it simply copied existing maps and translated or transliterated the British names into Chinese. In doing so they included some mistakes printed in those maps. As a result we can be reasonably sure that a key source was the China Sea Directory, published in the UK in 1906.

The committee’s naming efforts took them as far south as James Shoal, a small bank just 100km from the coast of Borneo, and as far south-west as Vanguard Bank (between James Shoal and the Vietnamese coast). It is not entirely clear why they did so: both of these features are underwater and so not islands at all. It appears that the committee simply copied a map produced by Edward Stanford Ltd. of London in 1918, which gives particular prominence to both James Shoal and Vanguard Bank. The committee then mistranslated the words ‘shoal’ and ‘bank’ – both of which refer to underwater features in English nautical terminology – by using the Chinese word tan, which means ‘sandbank’, an above-water feature. As a result, the official map published in 1935 featured two non-existent islands.

This became highly significant in 1947 when another Chinese government committee declared the James Shoal to be China’s southernmost point. The legacy of this map-making is that China has been left claiming an underwater feature, 1,500km from its undisputed coastline, as an integral part of its territory. Untangling this particular cartographic knot is not going to be easy.

Japan occupied both the Paracels and the Spratlys in the run-up to the Second World War. After the war, faced with competing demands for sovereignty from two of the Allies, China and France, the fate of the islands was left open. The 1943 Cairo Declaration says that Japan shall be expelled from them, but does not allocate them to any claimant. China and France grabbed half the Paracels each and jostled for position in the Spratlys. The Republic of China occupied the largest island, known as Itu Aba.

In 1956 a Philippine entrepreneur attempted to claim the Spratlys for himself as a personal business empire, prompting the ROC (by then, Taiwan), Communist China and newly independent Vietnam to assert – or reassert – their own claims. The discovery of potential oil fields in the early 1970s led to another round of island-grabbing, notably by the Philippines and Vietnam. In 1974 China invaded the Vietnamese- occupied half of the Paracels and has remained in control ever since.

It was not until 1988 that China was able to send ships down to the Spratlys, during which time it occupied six of them, adding a seventh in 1994. These are the reefs upon which China has recently built massive air bases. The environmental destruction wrought by this construction has been immense and possibly catastrophic for local fish stocks.

Despite the attention that China’s activities generate, it is Vietnam that occupies more than half of the Spratlys – 28 of them – with the Philippines occupying ten, China seven and Malaysia five. In July 2016 an international tribunal ruled that none of them are islands in the legal sense, being unable to sustain human habitation without massive aid from outside. Yet they continue to generate a degree of international attention out of all proportion to their size.

Bill Hayton is the author of The South China Sea: The Struggle for Power in Asia (Yale University Press, 2014). 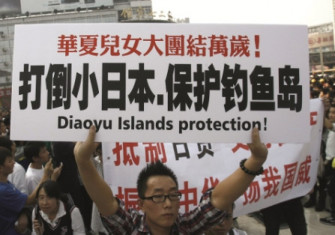