Carving our names on great monuments is a millennia-old tradition, but why do we do it? 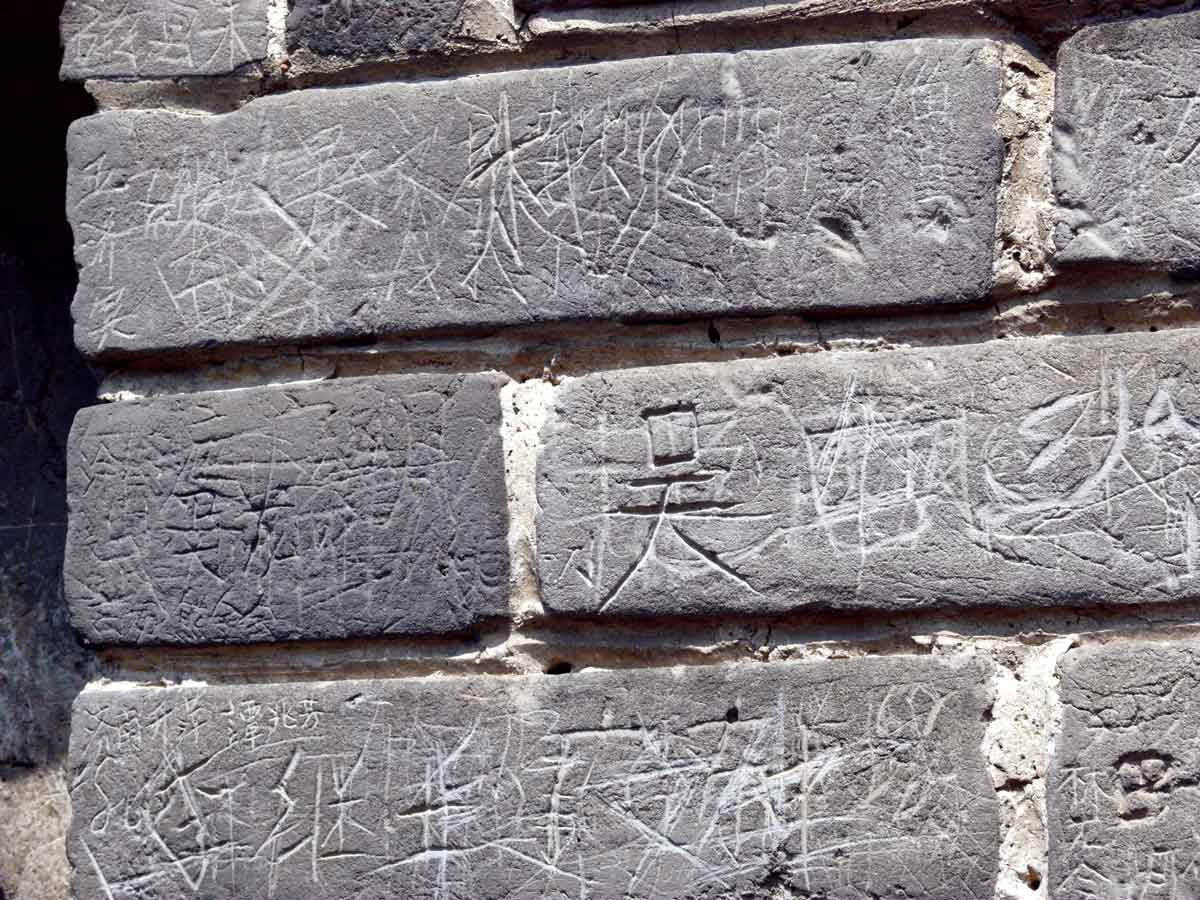 In 1810, during his first Grand Tour of Europe, Byron carved his name into a column base of the Temple of Poseidon on the Aegean coast. Although Byron himself might not have actually written the name that is left there, the story has become part of the history of the monument, searched for by his admirers among the hundreds of other names carved all over the temple.

Modern graffiti, however, is met with a very different reaction. In 2014 a Russian tourist was fined €20,000 for inscribing a large ‘K’ on a wall of the Colosseum in Rome, the fifth such incident that year. And the year before, a Chinese tourist hit the headlines for carving his name – Ding Jinhao – into the torso of a figure in the temple of Ramses II in Luxor.

What is the thinking behind such acts? Are tourists aiming for notoriety, to become part of the monument’s history? Or is it simply part of the experience of visiting the site? And, further, why is historical graffiti, which was equally destructive, considered evocative and tantalising? The motives behind them are, after all, probably the same. With the distance of time, however, graffiti comes to tell us about lives and moments that might otherwise have been lost.

The earliest graffiti of a person’s name on a monument has been identified by the historian Lionel Casson in a cave at Wadi Hammamat in Egypt – the name of Hena, an official under Menutuhotep III in 2000 BC, is chiselled into the sandstone alongside a list of his achievements. In ancient Greece, too, stoas (columned porticoes) were the meeting places of philosophers and the venues for schoolboys’ lessons. We therefore often see alphabets and Homeric verses written on their walls. Variations in spelling can tell us an enormous amount about the dialects and levels of literacy of these students, when the wax tablets and papyrus fragments on which they worked have been long lost.

And it is not just monuments and buildings: Miltiades, a general from the Battle of Marathon in 490 BC who persuaded the Athenians to fight despite their small numbers, carved his name into the helmet he wore. Based on the stratigraphy of the find and the dedication of a Persian helmet found nearby, it seems Miltiades dedicated the actual helmet he had worn during the battle, etching his name into the bronze cheek guard so that Zeus would know from whom the offering came. In the Athenian Agora, too, a Spartan shield was found with an inscription noting that the Athenians captured it during the Battle of Sphakteria in 425 BC. Without such graffiti, the objects would still be impressive, but far less useful for historians, as their inscriptions provide an exact provenance.

Perhaps the site that best shows the prevalence of graffiti in ancient times is Pompeii, where the amazing level of preservation has ensured that all types of graffiti remain intact. From politicians seeking publicity (‘If integrity in life is thought to be of any use, this man, Lucretius Fronto is worthy of great honour’) to declarations of love, or rude and crude jokes and images, it is an insight into the lives of ordinary people that would otherwise be lost. Through these inscriptions we see flashes of daily lives – from the notice on a tavern wall warning ‘if you’re going to fight, get out!’ and a jealous lover declaring ‘I don’t care about your pregnancy Salvilla’ to complaints about an innkeeper who is ‘selling us water and keeping the good wine!’ Such inscriptions help to humanise the austere walls of long-abandoned towns and streets.

But not all graffiti was ad hoc. Some Roman tourists, for example, came to sites with lines ready to inscribe onto a monument of their choice. One of the Colossi of Memnon in Luxor was a particularly popular tourist destination, as visitors flocked to hear it ‘sing’ – over 100 of them left their names inscribed on its legs and plinth, most declaring ‘audivi Menonem’ (I heard Memnon). Among these inscriptions are four poems by Julia Balbilla, carved in AD 130 when she visited as part of the Emperor Hadrian’s retinue. Mary Beard has pointed out that these poems are so neat and high up that this must have been a professional operation, planned in advance for optimum visibility. The length of the carvings in the hard granite would have taken days to complete. This was state-sanctioned graffiti to ensure that the emperor’s experience was commemorated, as with all the other visitors.

It is also striking that six per cent of all extant works composed by Greek or Roman women, such as that of Julia Balbilla, can be found in the Memnon graffiti alone. As with the shopkeepers of Pompeii and the students of Greece, voices that are overlooked in other media can be heard through graffiti.

The sites that attract the desire to attach one’s name to them are invariably high-profile, for their rarity, importance or notoriety in some way. This seems always to have provoked a desire for visitors to immortalise themselves on them, feeling like their mark will connect them to the echo of the past that the monuments represent.

In the 21st century, however, with the exponential increase in tourism, if everyone decided to leave their mark these sites would be irretrievably defaced and destroyed. The Pompeiian who wrote ‘I’m amazed, O wall, that you have not fallen in ruins, you who support the tediousness of so many writers’ might prove prophetic.

Perhaps Beijing’s controversial new ‘free graffiti zones’ on certain sections of the Great Wall of China will satisfy the impulse to carve our own piece of history into the finite resource of the monument, though it seems unlikely that it will easily be contained to one area. Regardless, the impulse to graffiti seems to be perennial and innate – and perhaps unstoppable. But it is imperative that we protect these monuments – and the graffiti that some of them already contain.

Laura Aitken-Burt is an archaeologist and historical consultant.