Passchendaele: What’s in a Name?

How did an evocatively named Flanders village become shorthand for a whole series of battles around the Belgian city of Ypres? 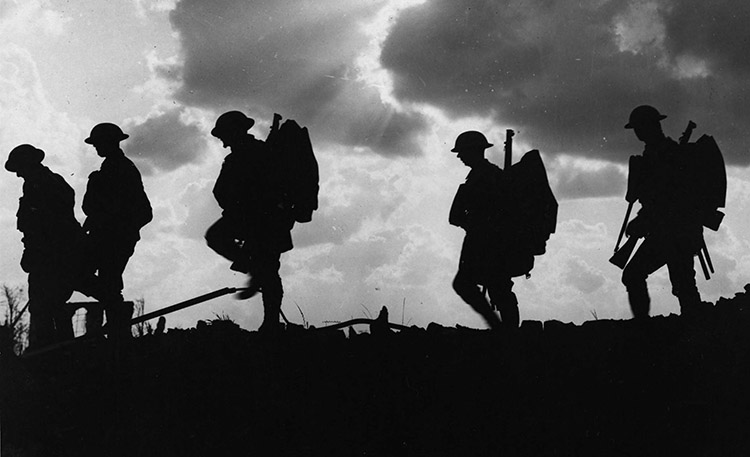 There has been some discussion on social media about the correct way to describe the First World War battle which began on 31 July 1917. The government, the BBC and, as far as I can tell, the rest of the media in the UK has opted for ‘Passchendaele’. There is a school of thought that says it should be ‘The Third Battle of Ypres’. Which is correct? Does it matter?

In the aftermath of the First World War, the report of the Battle Nomenclature Committee used the term ‘The Battles [plural] of Ypres, 1917: 31 July to 10 November’. It divided the fighting into eight phases, of which only the last two mention Passchendaele. This is not surprising, as the small village of Passchendaele and the ridge upon which it sits only featured in the last stages of the offensive, in October and November 1917. Actually, there were at least five distinct major bouts of fighting in the Ypres area during the First World War, which quickly became known as ‘battles’. The First Battle of Ypres, or ‘First Ypres’ was fought in October-November 1914, while Second Ypres raged from April to May 1915. What amounted to Fourth Ypres is known as the Battle of the Lys (9-29 April 1918) and Fifth Ypres is officially ‘The Final Advance in Flanders’ (28 September-19 October 1918). Like Third Ypres, all are sub-divided; thus the second act of First Ypres was called ‘The Battle of Gheluvelt’.

Although useful for constructing a narrative, the official, unwieldy names did not catch on. Today, only military historians use them. Pithier terms, like ‘Second Ypres’, continued to be used, but in the case of the 1917 fighting, in a classic example of synecdoche, a part came to stand for the whole. Passchendaele became synonymous with the Third Battle of Ypres. In part this is probably because the last phase of the offensive became notorious because of the appalling conditions, but also because the way the village was pronounced in English – ‘Passion Dale’ - had Christian undertones, with connotations of sacrifice. This fitted in neatly with what has been described as the ‘secular religion’ of remembrance that emerged at the end of the war. It is but a short step from Passion Dale to the Tomb of the Unknown Warrior in Westminster Abbey; the Cenotaph, which literally means an empty tomb; and the reverence that accompanied the annual ritual of the two-minutes silence on Armistice Day, held every 11 November.

Thus the use of ‘Passchendaele’ to describe the fighting that took place near Ypres in the second half of 1917 has venerable pedigree. Why, then, do I query its use for the current commemorations? In general, I have no problems with Passchendaele being used as shorthand for the entire Third Battle of Ypres. Indeed, I have used the name in this sense in my own writings. As we have seen, the ‘Third Battle of Ypres’ is not actually the official name for the fighting, any more than Passchendaele is; but it is more accurate, as it covers a much broader swathe of actions. Perhaps this is a minority view, but I believe that it is important that official commemorations should be characterised by accuracy, given that the subject is encrusted with myths, half-truths and outright falsifications. Passchendaele is loaded with emotional and historical baggage, but soldiers who went into action on 31 July 1917 had conceivably never heard of the place and died without being any the wiser. Moreover, the three battles in the middle of the offensive – Menin Road (20-25 September), Polygon Wood (26 September-3 October) and Broodseinde (4 October), were all highly successful, if bloody, for the Allies and were fought in conditions that were very different from the muddy ‘Passchendaele’ of folk memory. And the sonorous word ‘Passchendaele’ hides a lively debate among historians as to the origins, conduct and consequences of the battle that shows no sign of diminishing. The mass media has had little or no coverage of this debate.

The lasting legacy of the centenary commemorations should be about education. The use of a different term for a familiar battle, if only in parentheses – ‘Passchendaele (Third Ypres)’ – would have opened up opportunities for learning, but sadly, that chance was missed. Next year, the centenary commemorations of the climatic year of the Great War will begin. Dare we hope that this time, the opportunity for education will be taken?

Gary Sheffield is Professor of War Studies at the University of Wolverhampton. He is the author of Douglas Haig: From the Somme to Victory (Aurum, 2016).