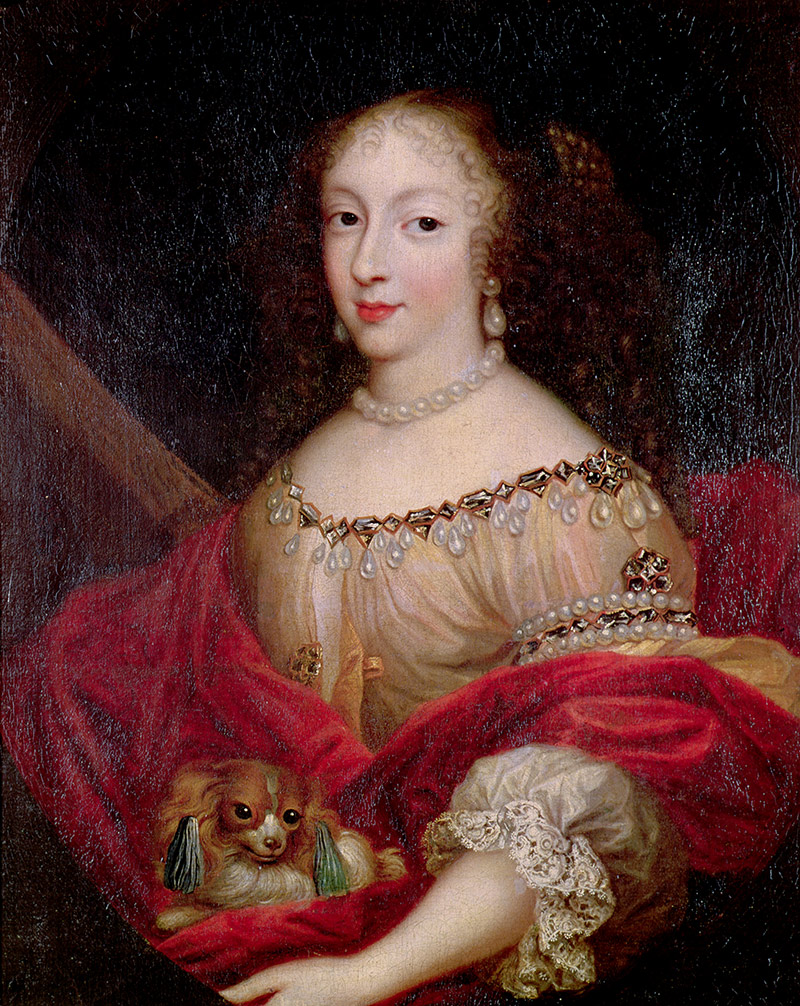 Henriette, Duchesse d’Orléans, the sister-in-law of Louis XIV, took a drink of her usual chicory water and immediately clutched her side, crying out in pain. Pale and in obvious distress, she was put to bed, but her pains were so severe that she believed she must have been poisoned and asked for an antidote. As her husband, Philippe, rushed to her bedside, Henriette chided him, ‘Alas, Monsieur, it is a long time since you loved me, but this is unjust.’ Alerted, Henriette’s lady-in-waiting watched the duke closely, but he showed no indication of guilt and every sign that he was distressed by his wife’s condition.

Henriette’s physicians diagnosed colic and assured her that she would soon recover, but it was clear that she was dying. As she made her last confession, the English ambassador, Lord Montagu, asked Henriette if she believed she had been poisoned. Her confessor, however, urged her to accuse no one but to make her death an offering to God. Henriette answered Montagu with a shrug: she did not know. In the early hours of 30 June, she died. She was 26. At a Mass said for her soul, Bishop Bossuet conveyed the sense of shock at her sudden death: ‘Oh, disastrous night; oh, dreadful night, in which resounded like a clap of thunder the unbelievable words – “Madame is dying … Madame is dead!”’

Speculation that Henriette had been poisoned began straight away. Queen Marie-Thérèse noted that everyone was talking about Henriette’s death and the manner of it. According to the Savoyard ambassador, the king vowed that, if Henriette had indeed been poisoned, those involved would be tortured to death, including the chevalier de Lorraine, Philippe’s favourite, if he were implicated. Such an angry outpouring from Louis, however, would have been out of character and no one else reported that he said any such thing.

Still, Louis’ suspicions had been aroused and he ordered an autopsy, which was performed by French doctors and witnessed by others sent from England. Henriette’s liver and intestines were found to be badly corrupted, while her duodenum, gall bladder and the lower portion of her abdomen were filled with evil-smelling bile. There was no indication of poisoning, so death was attributed to cholera morbus caused by corrupt and boiling bile, which had led to gangrene in the entrails and other parts of the lower abdomen.

Although Lord Montagu accepted this, he had misgivings. He expressed his doubts to the grief-stricken Charles II, who earnestly believed that his sister had been murdered. His belief was shared by Elizabeth-Charlotte, Philippe’s second wife, who named the culprits as Lorraine and the Marquis d’Effiat, an equerry, who had acted without Philippe’s knowledge.

Much later, the courtier Saint-Simon offered his own thoughts. Seizing upon Henriette’s dying reproach of Philippe, he asserted that she had been the victim of a plot orchestrated by Lorraine, who held Henriette responsible for his exile and sought revenge. He sent poison to Paris, where it passed through several hands before ending up in the jug containing the chicory water. This was served to Henriette by her unsuspecting maid.

Saint-Simon asserted that Louis was so thankful that his brother was innocent of the crime that he decided not to prosecute the perpetrators. Once again, Louis’ behaviour, as reported here, is uncharacteristic. Louis, who never forgave a slight, always ensured that the guilty paid dearly. Moreover, two years later, Louis invited Lorraine back to court and into the royal favour, which he would not have done had he believed Lorraine was the murderer.

The sudden onset of Henriette’s illness, the severe pain and the short time between the onset of her symptoms and her death suggested to her contemporaries that she had been poisoned. Cultural factors, too, played a part. The death of someone so young was often attributed to poison. Henriette, however, was never robust and often experienced such terrible pains in her side that she would lie on the floor to find respite. When she travelled to England, she was excited at the prospect of seeing her brother, Charles, again. Her cheeriness disguised the fact that she was unwell. Suffering from digestive problems, she lived on a diet consisting primarily of milk. Easily tired, she withdrew whenever the party stopped for the night, usually going straight to bed. One witness observed that Henriette looked like a ‘dressed corpse upon whom someone had put some rouge’, while others thought she ‘had death painted on her face’.

Today, speculation has attributed Henriette’s death to intestinal blockage, ectopic pregnancy or tuberculosis affecting the peritoneum. Another suggestion is that she had porphyria, although she displayed none of its symptoms. Another possibility is that Henriette suffered from anorexia nervosa, which is often characterised by increasing frailty and hyperactivity; the summer of 1670 had been particularly hot and Henriette would swim in the river; unable to sleep, she walked in the gardens at night. She had always been painfully thin and Louis once tactlessly referred to her as ‘the bones of the Holy Innocents’. Yet another possibility is that she had a duodenal ulcer which burst, leading to peritonitis. Similarly, perforation of the gall bladder may have led to an excess of bile leaking into the peritoneum causing the corruption and gangrene reported by her doctors.

The true cause of Henriette’s death can never be known, but one thing is certain: this beloved princess was sadly missed. As Mme de Sévigné wrote: ‘She was taken ill and died within eight hours, and we have lost with her all the joy, all the charm and all the pleasures of the Court’.

Josephine Wilkinson is an academic and author. She is currently working on a biography of Louis XIV.