Fantastic Beasts and Where to Find Them

In their quest to collect all the knowledge of the known world, Roman authors also recorded the strange and the fabulous. 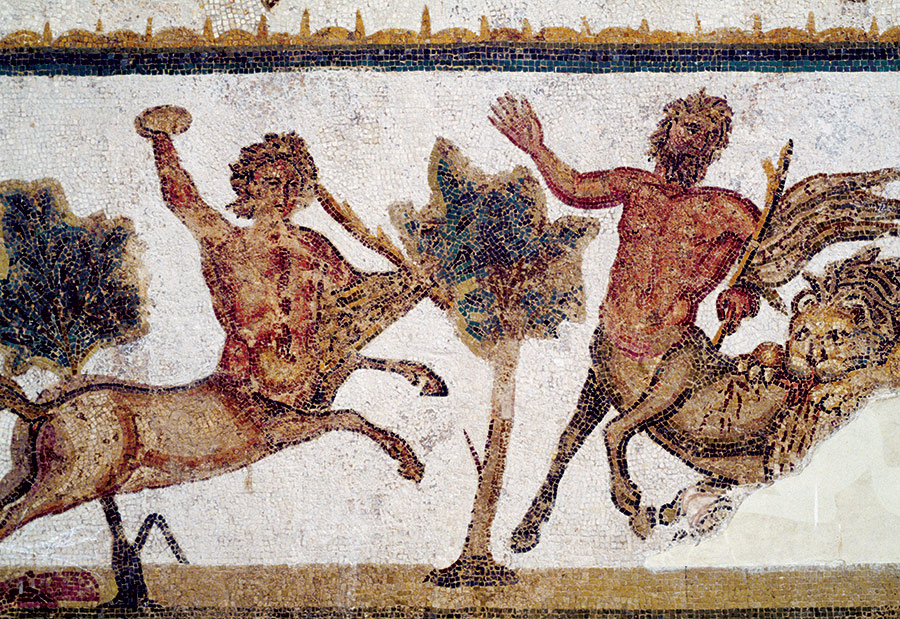 One of the lesser-known curiosities of the classical world is a text by the Roman Imperial freedman Phlegon of Tralles, known as The Book of Marvels. This short work, published between AD 117-138, contains a series of anecdotes culled from sources as diverse as the archaic Greek poet Hesiod and the Roman natural philosopher Pliny the Elder. Each of the anecdotes recounts a fantastical or paranormal event. The book is separated into subsections, starting with ghosts and progressing through ‘sex-changers and hermaphrodites’, giants, monstrous births, male births, amazing multiple births and ‘abnormally rapid development’, to end on a high with ‘discoveries of live centaurs’. The now-deceased centaur, Phlegon assures his readers, could be seen in his time, as it was kept in the emperor’s storehouse in Rome.

The anecdotes told within each section range from the partially believable to the patently ridiculous. In one, a child is born with four heads and presented to the emperor Nero. In ‘sex-changers and hermaphrodites’, a 13-year-old girl experiences crippling abdominal pain for days until, with a sudden pop, fully formed male genitals burst out of her. This section also includes the mythical tale of Tiresias, who was transformed into a woman by the gods and then back into a man again. Giants are identified by their bones; one has a ribcage that is five cubits (11 metres) across and another is identified as Makroseiris, who was found buried on ‘a certain island near Athens’ in a coffin measuring 100 cubits (46 metres) – it is claimed that he lived for 5,000 years. In one of the stories, a ghost appears in order to beneficently eat the body of a hermaphrodite infant whose birth has caused consternation in his town. When only the infant’s head remains, the ghost disappears and the head pronounces a detailed prophecy.

In among all this lies the only surviving fragment of the sacred books consulted by the Romans in times of crisis: The Sibylline Oracles.

The outlandish paranormal and mythical nature of these stories has led modern scholars to dismiss Phlegon and other similar collections of marvels and condemn them to the genre of paradoxography. Paradoxography was a term devised in the 19th century specifically to differentiate texts like Phlegon’s from those that were more ‘scientific’, such as those of his contemporaries Pliny the Elder (Natural History) and Suetonius (Twelve Caesars).

Paradoxography was defined as a popular – and therefore inferior – type of writing. This was writing for the credulous and silly; not for serious historians. 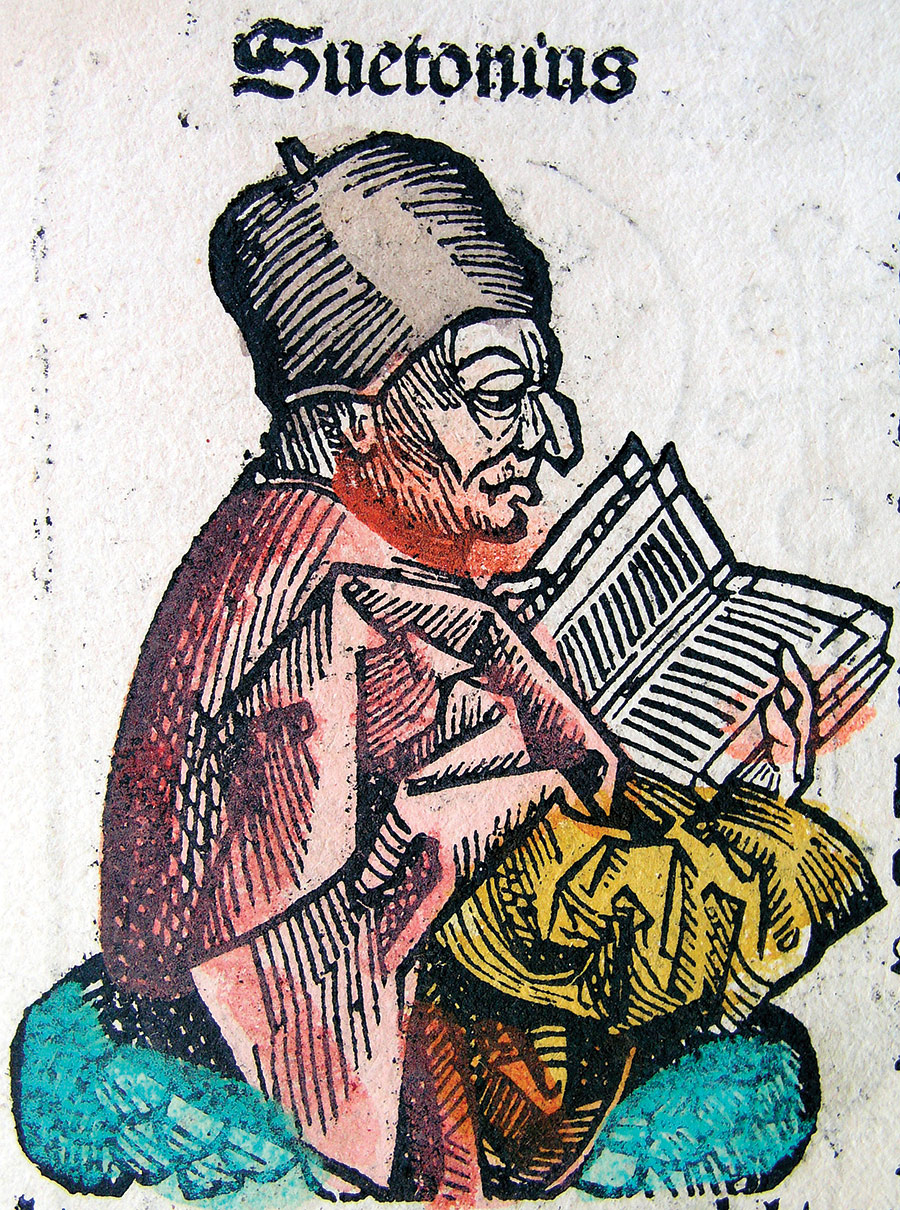 The fact is, however, that Suetonius records numerous ghost stories and omens and Pliny’s work contains chapters on, for example, monstrous births, fantastic feats of strength and agility and people who have come back to life. The differentiation between the ‘scientific’ scholarship of Pliny and the ‘popular’ work of Phlegon was an artificial product of modern readers. In the classical world, the marvellous and the paranormal were as valid a form of knowledge as any other.

The validity of The Book of Marvels is shown by Phlegon’s position during his life. He began life as a slave, owned by the emperor Hadrian, who freed him and then patronised his literary career. Phlegon lived as a respected and elite member of Roman society alongside Suetonius, who was also one of the emperor’s freedmen. While Suetonius was producing his (now lost) works on Greek games, the physical defects of men, grammatical problems and the offices of the Roman state, Phlegon was working on books, including a list of people who lived for over 100 years, a list of every recorded winner of the ancient Olympic Games, a description of all the Roman religious festivals, a description of Sicily and a topography of Rome. The Book of Marvels, therefore, fits into his life’s work of collating and preserving knowledge simply for the pleasure and usefulness of the preservation itself. Pliny the Elder, who died sailing towards Pompeii to get a clearer view of the eruption of Vesuvius, was not significantly different in his outlook. The later polymath Aulus Gellius, in his only surviving work, Attic Nights, gives us a glimpse into this concern for data preservation of all forms when he records finding and buying a number of damaged books of incredible tales – including Pliny’s – in order to copy out and preserve their most important and fabulous stories. The stories he chooses to record are those of miraculous sex-changes, cannibals, cyclopes and people who can kill with their eyes. Clearly, for the ancient scholars, these paranormal tales were not foolish entertainment for the masses, but important knowledge that needed to be recorded alongside the political histories of men, the vagaries of Latin grammar and the geographies of cities.

Taken alone, The Book of Marvels seems like a strange and ridiculous text for the uncritical reader. In the context of the works that the other members of Hadrian’s court and their near contemporaries were producing, however, Phlegon’s text can be seen as part of the Aristotlean tradition of philosophical wonder at the endless peculiarities that exist in the physical world and the desire to record them all. And Phlegon presents his marvels with academic seriousness. He cites his sources and provides dates, using both the Greek and Roman systems. He gives the names and home towns of those whose experiences he repeats. He even tells his readers, to the best of his ability, how to see the centaurs and giants he writes about for themselves, in the storehouses of an unnamed emperor, or on a certain island near Athens.

Phlegon of Tralles is now all but forgotten and his works have been derided as foolish fripperies in the footnotes of classical antiquity, but in his time he was a serious scholar of a world he saw as being full of natural miracles and he offers modern readers the chance to see the marvellous at the heart of Greek and Roman life.