Were 19th-century Britons as apathetic towards their nation’s vast Empire as some historians have argued? 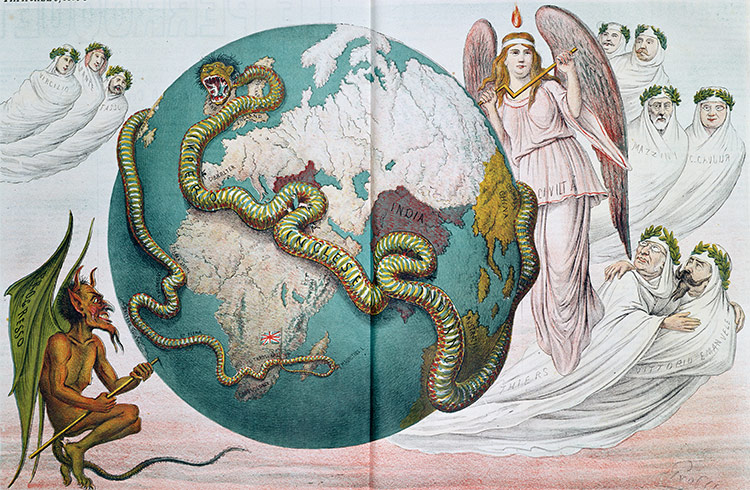 Twenty years after its publication, Daniel Jonah Goldhagen’s study, Hitler’s Willing Executioners, stands out for the rigour of its approach. Its argument, that the German people were more acquiescent in the crimes of Nazism than was once thought, is firmly grounded culturally, historically and philosophically. Yet how far are Goldhagen’s ideas relevant to current debates about the depth and extent of popular imperialism in 19th-century Britain?

Goldhagen’s belief that researchers should address the time and place of their study ‘as an anthropologist would the world of a people about whom little is known’ is excellent advice for any researcher. Modern historians of British imperial culture may yet be guilty of underestimating the sheer ‘differentness’ of 19th-century Britain. Lytton Strachey’s observation that ‘the history of the Victorian Age will never be written: we know too much about it’ is surely relevant here. Strachey was writing long before the advent of digital archives; when historians can read Victorian newspapers from the comfort of their offices, the period can feel dangerously familiar.

Since before the turn of the millennium, important historical works have questioned whether ordinary British people were ever truly enthusiastic about imperialism. In their 1993 study, British Imperialism, P.J. Cain and A.G. Hopkins presented it as the result of ‘gentlemanly capitalism’. In their view, imperialism was the product of surplus capital deployed globally by genteel investors who turned to high finance as a way to generate wealth without having to engage directly in trade. Thinking about imperialism in this way absolves most of the British population of any responsibility for it. Imperialism becomes the product of an economic and social system in which the only true agents are the gentlemanly capitalists of the City of London.

A body of scholarship supports the idea that imperialism was never as popular as is sometimes imagined. In his 2004 work, The Absent-Minded Imperialists, Bernard Porter argued that public opinion cared little for Empire and that evidence of public engagement with imperialism would be better understood in alternative contexts. John Darwin’s The Empire Project (2009) takes a similar view, pointing out that Victorian celebrations of imperialism, however eyecatching, were ‘lost in the mass of non-imperial production’. Jonathan Rose’s The Intellectual Life of the British Working Classes (2001) argues that working-class memoirs tend to display apathy, even antipathy, towards matters imperial.

Goldhagen’s thoughts are of special relevance here. He argues that so firmly was antisemitism rooted in German society that the burden of proof should lie with those seeking to deny its prevalence, rather than with those seeking to make the claim that Germany was indeed antisemitic. Might the same logic be applicable to British popular imperialism? How easy is it to make a convincing case that the society at the centre of the largest empire the world has ever seen was not the home of widespread imperialist sentiments?

Britain in the 19th century was not, after all, a totalitarian society; the period saw an unprecedented flowering of print media. Following the progressive repeal of the taxes on knowledge in the middle decades of the century, newspapers and periodicals carried a wide range of opinion to an ever larger audience and, while there were frequent challenges to specific imperial policies, opposition to the fundamental principles of imperialism were far less common.

Where such challenges do appear – such as Marlow’s reflection in Joseph Conrad’s Heart of Darkness (1899) that imperialism ‘is not a pretty thing when one looks into it too much’ – it would be reasonable to accept them as evidence that such challenges were not unthinkable and then to ask why they were not more in evidence.

As Goldhagen points out:

Notions fundamental to the dominant worldview and operation of a society, precisely because they are taken for granted, often are not expressed in a manner commensurate with their prominence and significance or, when uttered, seen as worthy by others to be noted and recorded.

Were imperialist attitudes so ingrained into the psyche of ordinary British people that they were simply not worth remarking on? If so, a hypothetical absence of pro-imperial sentiments in the private communications of ordinary Britons cannot be interpreted as evidence of the absence of imperial attitudes.

Perhaps sceptical historians have been raising the wrong objections. Goldhagen’s approach might prompt different questions. Was imperialism such an integral part of British intellectual life that it went unmentioned by the majority? Does opposition to specific policies or episodes necessarily denote a rejection of the racial and imperial logic of the British Empire? Could a system of imperial finance operate sustainably without the participation of individual consumers, as well as wealthy investors? It is high time that scholars took up the challenge laid down by Porter’s thesis and asked if ordinary Britons were, if not enthusiastic, then at least willing imperialists.

Andrew Griffiths is Associate Lecturer in English at Plymouth University. 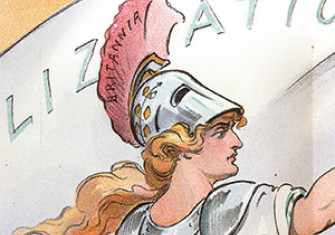 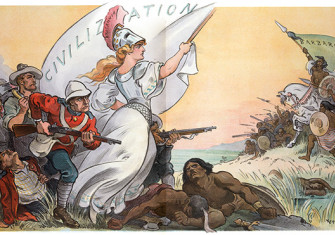