The Dutch role in the slave trade cannot be dismissed as a matter of numbers. 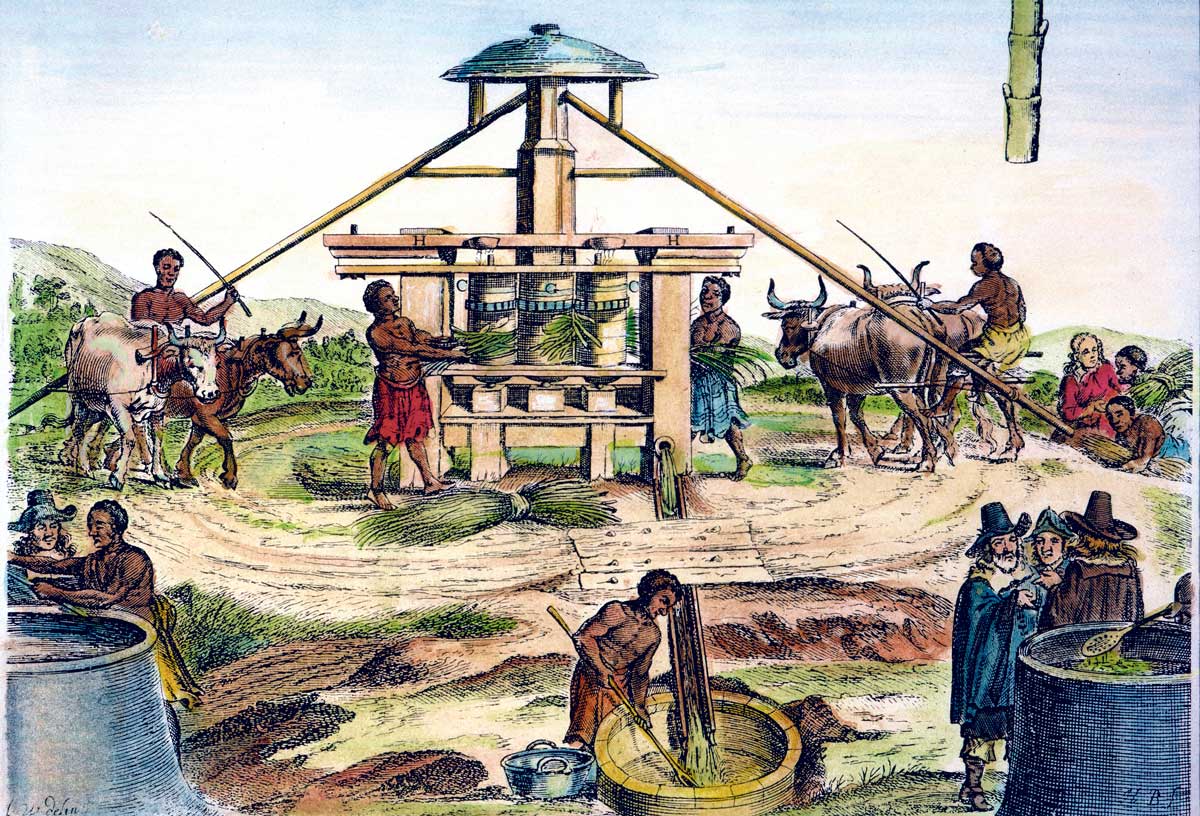 The total number of slaves transported by Europeans from Africa to the Americas has been calculated to be 10,702,656. The Dutch were responsible for around half a million of those, though figures might be higher as Dutch ships sometimes sailed under a foreign flag in order to circumvent the legal monopoly of their own Dutch West Indies Company (WIC). Furthermore, this figure is mainly based on legal slave voyages. Illegal Dutch slave voyages could have accounted for the forced transportation of some tens of thousands more African captives. Still, we do know that official Dutch participation in the Atlantic slave trade amounts to just under six per cent of the total. But, at a certain point in time, the Dutch contribution was critical, belying the overall numbers.

Figures from the Trans-Atlantic Slavery Database, a collaborative project between universities worldwide, provide the numbers of African captives disembarked by Dutch ships in the Americas between 1600 and 1650. The crucial years fall between 1637 and 1644: over 5,000 slaves arrived in the latter year, but the numbers suddenly drop off in 1645. Before 1637, Dutch participation in the trade was incidental. The cause of this sudden surge was the Dutch entry into sugar plantation production.

By the early 17th century, Amsterdam’s numerous refineries exported sugar all over Europe from sugarcane plantations in Portuguese-owned Brazil. In 1621, the WIC was founded and the Twelve Year Truce between Spain-Portugal and the Dutch Republic ended. Portuguese colonies in Brazil became military targets for the Dutch. In 1630, the WIC conquered the Portuguese-controlled sugar plantation area of Brazil, Pernambuco. In order to keep the plantations running profitably, the Dutch needed slaves. Between 1637 and 1641, the Dutch conquered the Portuguese slave markets of Elmina Castle, São Tomé and Luanda in Africa. Their entry into big-time slave trading could begin. As the historian Johannes Postma summarised: ‘It all started with sugar products in the slave trade to Brazil.’ Herbert Klein agreed that the Dutch experience in Brazil ‘profoundly affected the subsequent history of sugar production and African slavery’.

The sharp decline in the importation of slaves in 1645 resulted from a revolt by Portuguese-Brazilian planters that year against the Dutch authorities in Pernambuco. Although the Dutch clung on, in 1656 they were forced to withdraw entirely from Brazil. Their time there had been brief, but the real significance lay in its legacy. Already in 1642, a WIC report had mentioned that the Dutch colony of Curaҫao would make an ideal entrepôt for the slave trade. After the Dutch-Spanish conflict ended with the Treaty of Westphalia in 1648, the island became an essential transit point in the illicit Dutch trade of slaves into the Spanish Empire. When the Dutch won the asiento trade, which gave them a licence to supply slaves to the Spanish colonies in 1662, Curaҫao flourished as the key slave market in the Caribbean. For a time Curaҫao enabled the WIC, as well as numerous private merchants in the Dutch Republic, to dominate the Spanish-American slave trade.

Furthermore, after the outbreak of the 1645 revolt in Pernambuco, Dutch entrepreneurs began leaving Brazil. With the loss of Pernambuco in 1656, the trickle became a massive exodus. Some returned to Europe, but others, including Dutch Sephardic Jews, used their new skills in slave management to build the sugar industry in Dutch, English and French colonies in the Caribbean. Ironically, freedoms granted to Jews by the Dutch, many of whom spoke Portuguese fluently, resulted in them playing a major role in the slave trade and the development of plantation slavery. Dutch Christians and Jews alike fled from Pernambuco and spread across British, French, Dutch and Danish colonies, bringing their know-how with them and shaping the developing slave plantation sugar economy. Christian veterans of Dutch Brazil became administrators, governors and directors of Dutch settlements in North America, Tobago, Surinam, Cayenne and the Gold Coast in Africa. But the Dutch entrepreneurial spirit also turned towards the English and French colonies.

In the mid-17th century, British-owned Barbados rapidly developed into a slave society growing sugar cane. The capital and technology supplied by the Dutch were instrumental in bringing this about, unleashing a revolution in the production of sugar cane, with the essential ingredient being the Dutch supply of African slaves. While some historians have warned against exaggerating the role of the Dutch in Barbados, the role they played in converting the French colonies of Guadeloupe and Martinique into slave societies was of major consequence. According to Wim Klooster, the Dutch ‘supplied all that the planters needed to start the sugar revolution’, including ‘slaves … credit … imported horses’ and ‘technical know-how’.

In short, the pursuit of profit led the Dutch into an entangled history with Africa and the other European powers in the Caribbean. In the long term, it would be the English and the French who would draw the greatest profit from their slave plantation colonies, but this was partially thanks to contributions made by the Dutch. Once they had learned from the Dutch, in the 18th century the English and French grew the slave trade to dizzying proportions, forcibly transporting over three and a half million African captives. The tiny British island of Barbados alone would receive nearly half a million slaves, Jamaica over a million. We can dismiss the Dutch role in the slave trade as having been marginal only by taking a narrow and exclusively economic approach. When measuring the significance of the Dutch slave trade, we have to look beyond the profits made by the Dutch alone. Their experience was pivotal in laying the basis for the European sugar revolutions across the Caribbean and the consequent explosive growth in the slave trade.

Paul Doolan has recently completed a PhD in Dutch colonial history at the University of Konstanz in Germany.