‘To Think is to Compare’: Walther Rathenau, Trump and Hitler

No historians are seriously suggesting that the Third Reich and the Trump administration are similar phenomena, but that does not mean comparative study of the two cannot shed light on two contrasting periods. 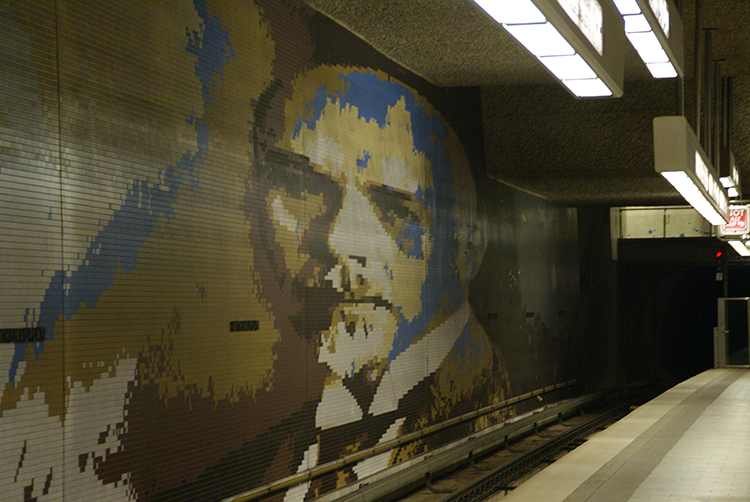 Many years ago, during a lengthy research trip, I rented an apartment near Nuremberg’s Rathenauplatz, a square named after the liberal German-Jewish industrialist and foreign minister Walther Rathenau, murdered by right-wing extremists in 1922. Each time I boarded the underground train at the Rathenauplatz station I was confronted with one of Rathenau’s phrases, which decorated the platform wall: Denken heisst vergleichen – ‘To think is to compare’.  The phrase has stayed with me over the years, and came to mind most recently when listening to BBC Radio 4’s Any Questions on February 10th, as an audience member asked the panel whether comparison of Donald Trump to Adolf Hitler, ‘besides being juvenile and historically inaccurate, threatens to trivialise the unique evil of the Holocaust’.

It is a superficially reasonable question and one it seems legitimate to ask. Yet as the basis for a meaningful discussion about the relationship between past and present, about the warnings that the events of the 20th century carry for the 21st, it is problematic in a number of ways. First, for historians at least, comparison is a method, not a result. It is a process that produces a conclusion, but it is not the conclusion itself. After all, one can compare chalk and cheese and conclude, inevitably, that they are fundamentally different things. But one can also compare stilton and cheddar, just as one can compare strong cheddar with mild cheddar. The thought process is the same, but the conclusions will not be. As this example shows, the problem lies in formulating a question with sufficient precision to produce conclusions worth having. Either way it is easy, in the current political context, to mistake the question for the answer and thereby to miss the point.

The question is also guilty of dressing up disputable assertions as unassailable facts. ‘The unique evil of the Holocaust’ carries assumptions about the singularity of the event that much careful work of the last 20 years has brought into question. Certainly, the commonplace trope of the ‘uniqueness’ of the Holocaust, which still governs the popular-cultural imagination of the event, is deployed with a far greater degree of circumspection by most scholars now than it was a generation ago. What was once seen as standing ‘outside’ history, demanding silent contemplation but resisting explanation or contextualisation, has now been firmly historicised. Comparative genocide studies, histories of colonialism and genocidal violence, studies of western penal practice and more besides have demonstrated that the processes which led to the Holocaust were integral to modern history, not an aberration from it. While most would still acknowledge that the Holocaust had singular aspects, the rhetoric of uniqueness is now heard far less than it was 20 years ago.

Throwing accusations of ‘fascism’ at Trump may be intellectually lazy and a substitute for critical thought, yet to continue to repeat the shibboleth of the Holocaust’s fundamental uniqueness – in spite of all this accessible, compelling and persuasive scholarship – is in its own way, indefensibly inattentive to what the academy has been saying for a long time. In fact, suggesting that comparative thought trivialises the uniqueness of the Holocaust is not so much a morally unassailable position as a rhetorical posture which, in the current climate, performs the political and cultural work of closing down the space for legitimate and necessary reflection. It is, much like the over-hasty accusation of ‘fascism’: a substitute for thinking rather than the product of it.

This is all the more important when one remembers that no one is seriously comparing the beginnings of the Trump administration with the murderous culmination of the Third Reich. Rather, a scholarly community that spends most of its life cautioning against facile comparisons is suddenly finding, in ways that make it collectively concerned, that some of what they are now observing in the United States – and in some European polities – feels worryingly familiar. This is helping us to formulate some appropriately precise questions of our own.  What is the relationship between the odd charisma of the central actor and the wider economic, social and cultural forces that have made him possible?  What is the relationship between popular protest politics and the complicity of sections of the economic and functional elites? What is simply desperate protest, born of economic crisis? What forms of ideology give that protest coherence and direction? How fragile is the commitment to constitutional propriety among leadership and support base: for all the rhetoric of the United States’ unique democratic mission, will the US turn out to be another ‘Republic without Republicans’?

For me, it has been particularly interesting over the past year or so to ponder the ideological heterogeneity of Trumpism and the diversity of racist discourses that feed into its toxic nationalist mix.  A ‘white blacklash’ against the achievements of the United States’ first black president is part of the story, reminding us that there are contexts of racism that are rooted in an American story of segregation, civil rights and simmering resentment that has comparatively little to do with Hitler. An intense Islamophobia that predates 9/11 but has obviously been given impetus by those events and is now reinforced by more recent terrorist atrocities in Europe and the Middle East, is another strand of the incoherent ideology that underpins Trump’s rule.   Somewhere else in the mix is the palpable streak of antisemitism that surfaced in the election campaign and appears to animate the agendas of some of those around Trump. Some elements within the administration seem isolationist, others appear tempted to throw the United States’ considerable weight around on the global stage.

On the face of it, the variety and incoherence of Trumpism’s nationalism and racism stand in stark contrast to the singularly aggressive antisemitism that seemingly drove Hitler and culminated in the Holocaust. Yet precisely what has encouraged me to think hard about the ideological openness of Trumpism, how to interpret it and what sense to make of it has been a large wave of scholarship on National Socialism demonstrating that much that is true about Trump was also true back then. National Socialism was also a broad church, incorporating a wide variety of different traditions of nationalism, racism, antisemitism, militarism and imperialism. Nazi ideology was not just something one found in Mein Kampf, with anything that departed from that figuring as somehow ‘not Nazi’. Rather, it incorporated and absorbed those heterogeneous ideological traditions without, for the most part, ever resolving the differences – because it never had to. That was precisely what helped it to naturalise itself in German society so swiftly.

My attempts to think about Trumpism, in other words, have been shaped by much compelling recent scholarship on the Third Reich, just as what I am now witnessing in the United States and across Europe – including the United Kingdom – is sensitising me anew to problems of interpretation of interwar Germany in return. Far from being juvenile, that careful work of comparison, which seeks to tease out both similarities and differences, would seem to provide a far more fruitful way forward than the rehearsal of superseded slogans posing as morally superior positions, however well intentioned that may be.

Neil Gregor is Professor of Modern European History at the University of Southampton and the author of How to Read Hitler (Granta, 2014).