A Hatred for Hindus

Long before the recent rise in Islamophobia, distrust of Hinduism was rife among Britain’s ruling class. 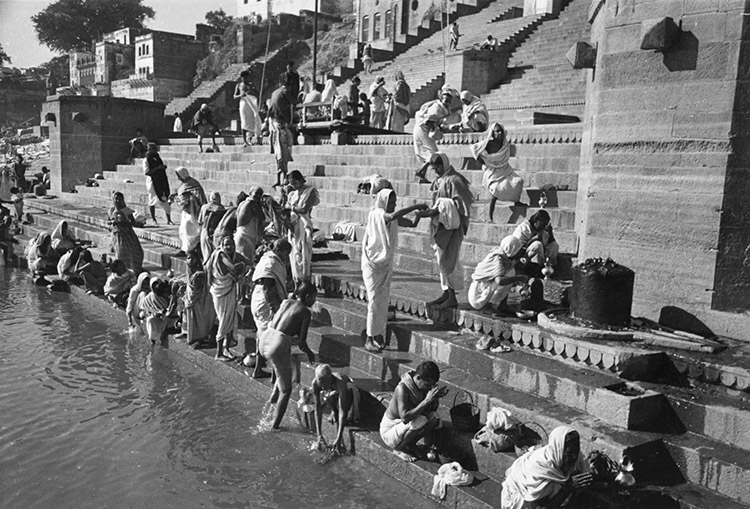 In February 1945 Winston Churchill had dinner with his secretary John Colville and Air Chief Marshal Sir Arthur Harris. Colville’s diary records that: ‘The PM said the Hindus were a foul race ... and he wished Bert Harris could send some of his surplus bombers to destroy them.’

Churchill had expressed contempt for Hindus before. Three years earlier he had told Ivan Mikhailovich Maisky, the Soviet ambassador in London, that, should the British be forced to leave India: ‘Eventually, the Moslems will become master, because they are warriors, while the Hindus are windbags.’ Churchill opined that, while Hindus were experts at building ‘castles in the air’, ‘when something must be decided on quickly, implemented, executed – here the Hindus say “pass”. Here they immediately reveal their internal flabbiness.’

In his youth Churchill had considered converting to Islam. He had always admired the Muslim faith and, during the war, lied to Roosevelt that the majority of the Allies’ Indian soldiers were Muslim. In fact, the majority were Hindu.

Churchill’s views were influenced by Beverley Nichols’ 1944 book Verdict on India. Nichols, a Nazi sympathiser, wrote the book as propaganda to discredit the Indian National Congress, which was then agitating against British rule. Nichols saw his mission as demolishing the Hindu cause.

Hindu art and music, he wrote, was ‘to most Europeans … not only quite incomprehensible but actively repulsive’. Gandhi, then in a British jail, was featured in a chapter entitled ‘Heil Hindu’ and Hindus were described as worse than the Nazis:

Congress is the only 100 per cent, full blooded, uncompromising example of undiluted Fascism in the modern world … Just as every Nazi is a superman, so every Brahmin is ‘Bhudeva’, which means ‘God on earth’. And Congress is, of course, a predominantly Brahmin organisation ... The resemblances between Gandhi and Hitler are, of course, legion.

Churchill, recommending the book to his wife, wrote: ‘I think you would do well to read it ... It certainly shows the Hindu in his true character.’

Yet Churchill was not the first to want to destroy Hinduism. For more than 200 years, hatred of Hindus was the default position of many influential people in Britain. The man who set this agenda was James Mill, whose 1817 text book The History of British India, became the most important at Haileybury College, where the civil servants of the East India Company were taught. ‘The Hindus’, Mills wrote, ‘are full of dissimulation and falsehood, the universal concomitants of oppression. The vices of falsehood, indeed they carry to a height almost unexampled among the other races of men.’ As for religion, Mill wrote, ‘No people … have ever drawn a more gross and disgusting picture of the universe than what is presented in the writings of the Hindus.’ Mill had no such problem with Islam: ‘Very few words are required; because the superiority of the Mahomedans in respect of religion is beyond all dispute.’

Mill also felt that Muslims believed in the ‘natural equality of mankind’, whereas the Hindu performance of religious ceremonies was ‘to the last degree contemptible and absurd, very often tormenting and detestable’. For Mill, the greatest contrast was in the behaviour of Hindus and Muslims. ‘In truth the Hindu, like the eunuch, excels in the qualities of a slave … the Mahomedan is more manly.’

Thomas Babington Macaulay, who made the decision that Indians should be taught in English rather than their native languages, described Mill’s history as ‘the greatest historical work which has appeared in our language since that of Gibbon’. Like Mill, Macaulay also fulminated against Hinduism saying: ‘In no part of the world has a religion ever existed more unfavourable to the moral and intellectual health of our race.’ The Hindus had ‘an absurd system of physics, an absurd geography, and absurd astronomy’. Nor were they any better at art. ‘Through the whole of the Hindoo pantheon you will look in vain for anything resembling those beautiful and majestic forms which stood in the shrines of ancient Greece. All is hideous, and grotesque and ignoble.’ In contrast Macaulay admired Islam, calling it a faith belonging to a ‘better family’, related as it was to Christianity.

Until well into the 19th century the British continued to acquire territories but were, in effect, acting as leaseholders, accepting the Mughal Emperor as the freeholder of India. The various courts of British India basically followed Mughal law. A Muslim law officer delivered a fatwa, declaring whether the accused was guilty and what the punishment should be. The Englishman sitting next to him then passed sentence. As Sir George Campbell wrote in 1852: ‘The hidden substructure on which this [whole system] rests is this Mahommedan law; take which away, and we should have no definition of, or authority, for punishing many of the most common crimes.’ It was even common for robbers in British-run Bengal to have a foot chopped off.

After the revolt of 1857 there were calls to eradicate Hinduism. The Baptist preacher Charles Spurgeon told a congregation of 25,000 at Crystal Palace that ‘such a religion as the religion of the Hindoo, the Indian government were bound, as in the sight of God, to put down with all the strength of their hand’. And even after the British had left India, Hinduphobia  persisted. Francis Tuker, who spent 33 years in the Indian Army, retired as head of Eastern Command in 1950. Writing of independent India, he feared the advance of Communism there: ‘The Iron Curtain … clanks down between Hinduism and all other systems and religions.’ Hindu India was entering a precarious phase, when it might swap its gods for another. ‘Its religion, which is to a great extent superstition and formalism, is breaking down … Communism will fill the void left by the Hindu religion. It seemed to some of us very necessary to place Islam between Russian Communism and Hindusthan.’

Mihir Bose’s From Midnight to Glorious Morning? A Midnight Child’s Look at How India Has Changed will be published by Haus in 2017.