A letter published in our July 2015 issue. 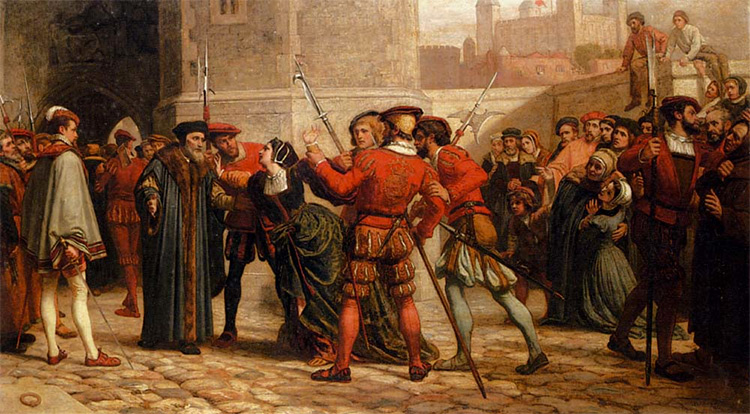 Like Paul Lay, I detest the ‘binary representation’ of Thomas Cromwell and Thomas More. But I do not believe Wolf Hall is part of the problem.

In my novel, I showed Cromwell’s long fascination with More, his often reluctant sympathy with him. They share a common intellectual background and, if they are divided on one fatal issue, they are united on many. I formed my picture of their relationship from More’s own letters. I situate More’s heresy hunting in the context of his time, but I cannot treat it as an aberration, a minor flaw in an otherwise impeccable character. It was at the core of what he did and what he was. He was proud of it and, in the light of his worldview, it made sense. But he conceded neither sincerity nor humanity to those who disagreed with him; he relished the thought of their pain, which he hoped would be prolonged for eternity. In his century or ours, we are entitled to be repelled by this.

It is convenient for certain churchmen to describe my view of More as arising from my ‘rejection of a Catholic upbringing’. It makes the problem mine, not theirs; it saves them having to make a proper answer, or explain their hypocrisy in allowing people to regard More as a champion of individual freedom, when in fact he was a man of his time, his conscience captive to tradition and authority. In A Man for All Seasons Robert Bolt wrenched him out of his age and context and polished him up to make him acceptable to a secular and liberal era, an era whose values he would have abhorred. The play and the film implanted a mistaken idea of More in people’s minds and the Roman Catholic church has taken complacent advantage ever since.

I believe that the portraits in my novel are fair. When the story is told in another medium, the balance dips and sways. On television we see Cromwell’s little children die in front of us. Of course it puts us on his side. Is this manipulative? I don’t think so. You could portray Thomas More in the midst of his family at Chelsea and no doubt that would be very affecting, too. But this happens to be a story about Cromwell. He is indeed portrayed in the television version as ‘a gentle family man’: but as much else, too. Historically, we cannot be sure how Cromwell’s wife and daughters died, or when. In the novel I offer my best guess. The screenwriter followed it. When the deaths are shown, it rivets the attention and no doubt provokes more of an emotional response than the indirection of the same pages in the novel. But what should the screenwriter have done? Stripped away Cromwell’s family context, as if it somehow gives him an unfair advantage? Minimised his losses, as if fathers in the past did not mourn their children? That would be bad drama and bad history. We can trust viewers to keep on using their heads, even if we wring their hearts.

I cannot agree that Anton Lesser’s nuanced, masterly performance showed More as ‘vile … despicable’. His desiccated precision may have shocked those who expected a warmer portrait, but one must bear in mind that the story is not told from some lofty neutral viewpoint; it is seen through Cromwell’s eyes and his inferences are ours. If you were a member of the London evangelical community in the 1520s and early 1530s, as many of Cromwell’s friends were, More was a deeply unpleasant proposition. You feared him, you didn’t trust him an inch and you certainly did not think he was holy.

I dissent also from the idea that historical fiction tends to falsify because it ‘needs heroes’. Why does it? Readers are not simple-minded. They can entertain ambiguities, appreciate complexity. My story about Cromwell is not finished. I am still dwelling on those complexities and ambiguities, looking for a shape in them. One thing I can be sure of: the man who emerges will not be a hero or a villain: why should he be? I am writing for grown-ups. I am not interested in polishing up those prejudices to which age has already given a fascinating patina and I am doing my best to avoid reproducing ingrained errors. In one matter I do agree with the editor’s views: Diarmaid MacCulloch’s Cromwell biography, now in progress, will bring clarity and will take us back to the sources so we can ground our opinions in context and even agree on a few facts. Sadly for the bishops, history isn’t just what you would like it to be. 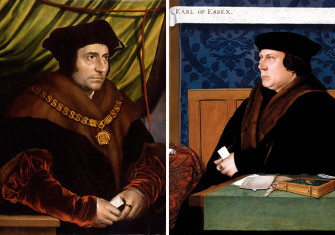 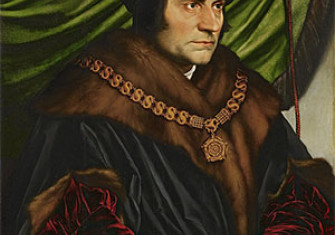