As Donald Trump and Hillary Clinton choose their VP candidates, some cautionary tales of just what could go wrong. 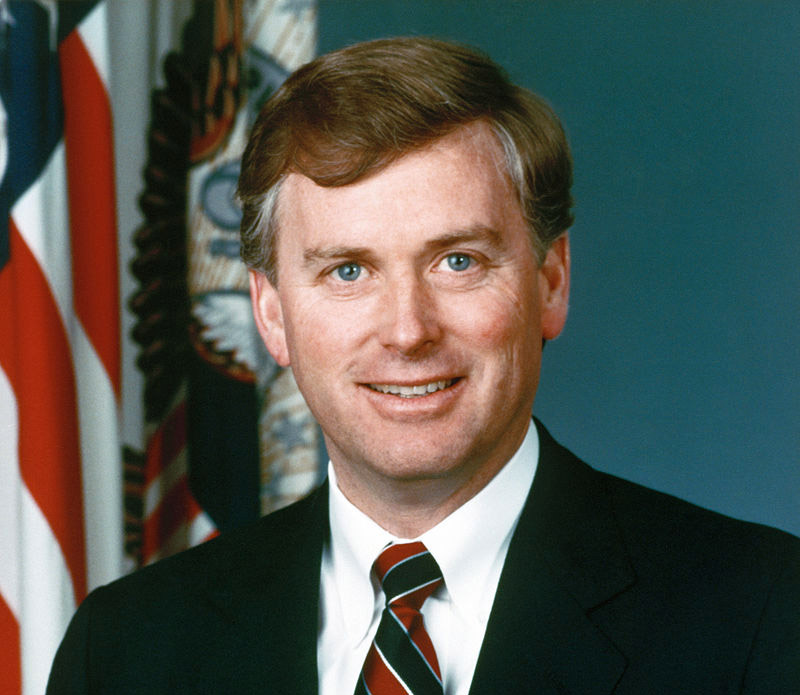 Picking a vice president is a little like choosing a spouse. For better or for worse, the couple are tied together. Some pairings are happy; others less so. Some lead to mutual gain; others to mutual destruction. For presidential hopefuls, it is arguably the most vital decision of their campaign.

As Donald Trump and Hillary Clinton mull over their VP picks, here are five cautionary tales of just what could go wrong.

Senator Tom Eagleton was not George McGovern’s first pick for vice president. After the party all-stars turned him down, McGovern turned to the B-team candidates – and they turned him down too. In fact, by the time of the Democratic Convention, a total of nine candidates had turned McGovern down. Time was running out for the spurned presidential hopeful. After a two-minute phone call with Tom Eagleton, McGovern was sold.

Reports soon leaked that Eagleton suffered from clinical depression and had even received electroshock therapy. McGovern initially promised that he would back Eagleton ‘1,000 percent’, but after meeting with Eagleton’s psychiatrist, decided that his running mate should not be a heartbeat away from the nuclear codes, and asked for Eagleton's resignation.

Eagleton served as McGovern’s VP candidate for just 18 days. While McGovern was probably doomed from the start against a surging Richard Nixon, McGovern’s failure to vet his VP nominee deflated his already struggling campaign.

Dan Quayle served as vice president of the United States for four years. While Quayle didn’t singlehandedly sink Bush’s re-election campaign in 1992, he certainly didn’t help the effort. The ‘Quaylisms’ below speak for themselves.

On voters: ‘A low voter turnout is an indication of fewer people going to the polls.’

On his qualifications: ‘I was known as the chief grave robber of my state.’

On success : ‘If we don't succeed, we run the risk of failure.’

On paper, John McCain had a great chance in the 2008 election. He was a war hero revered for a lifetime of public service. His competitor was a 44-year old with two years of experience in the Senate. With the economy in freefall, McCain could highlight his steady, experienced hand while hammering away at Obama’s inexperience.

And then McCain chose Sarah Palin.

He thought she was the total package: a female candidate who could revitalise the ticket with youth, energy and small-town charm. But then the public learned more about Sarah Palin. She was well read – in fact, she read all the newspapers! She had deep insight on foreign policy – she could even see Russia from her home state of Alaska!

The media pounced, and Palin withered on the national stage. The 72-year old McCain had chosen a candidate who shared Obama’s inexperience but lacked his intellectual credentials. In the same way that Eagleton undermined faith in McGovern’s decision-making, many questioned McCain’s leadership as he made a mistake on the most important choice of his candidacy. McCain’s staff blamed Palin for their loss to Obama – and they may be right.

When asked why he would keep Spiro Agnew on the ticket for his 1972 re-election campaign, Nixon quipped: ‘Because no assassin in their right mind would kill me.’ By this time, Nixon had removed Agnew from his inner circle and even tried to lure his vice president into resigning by offering him a job as the head of a TV network. Fearing an electoral backlash from Agnew’s conservative supporters, however, Nixon kept him on the ticket.

Soon after the election, Agnew was accused of bribery, tax evasion and extortion, among other charges. A few days after declaring ‘I will not resign if indicted’ he resigned in disgrace.

Agnew briefly re-entered public life a few years later by criticising Gerald Ford's policy on Israel – and was rebuked by the president for his ‘unsavory remarks about Jews.’ In later years, he would go on to write a novel about a vice president who was ‘destroyed by his own ambition’.

John Calhoun first served as vice president for John Quincy Adams. Halfway through his term, he switched sides to Adams’ rival, Andrew Jackson, and in 1828 ran against Adams as Jackson’s VP.

But betraying one president wasn’t enough for Calhoun. As Andrew Jackson struggled to enforce the ‘Tariff of Abominations’ in South Carolina, his vice president publicly argued that South Carolina should nullify the tariff. At stake was the viability of the federal government – and Calhoun was determined to beat Jackson. 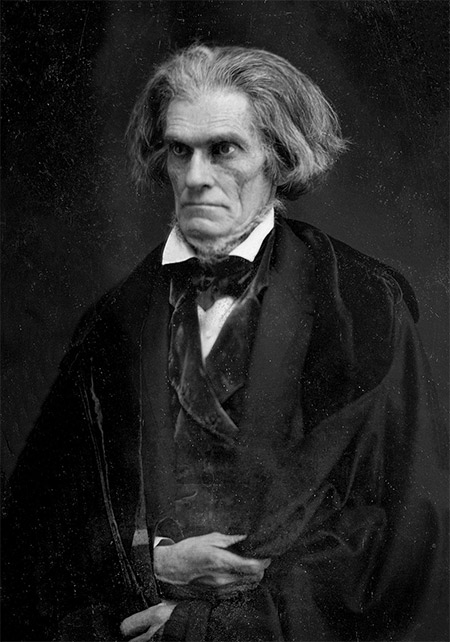 In a famous episode at a state dinner, Jackson directed a toast to his VP turned rival: ‘Our Union: It must be preserved.’ Calhoun responded with a toast of his own: ‘The Union. Next to our liberty, the most dear.’ Shortly after, Calhoun made his way to South Carolina to help push his home state towards nullification. An angry Jackson told a South Carolina congressman to ‘give my compliments to my friends in your State, and say to them, that if a single drop of blood shall be shed there in opposition to the laws of the United States, I will hang the first man I can lay my hand on engaged in such treasonable conduct’. It was a direct threat to Calhoun, who got the message.

Relations between the two men soured further. Calhoun’s wife Floride marshalled the spouses of Jackson’s cabinet to shun Peggy Eaton, the wife of John Eaton, Secretary of War and a favourite of Jackson’s. Floride’s machinations escalated into the Petticoat affair, and the resultant collapse of Jackson's cabinet.

But Calhoun still wasn’t done. Calhoun resigned the vice-presidency more than two months before his term was up so he could fight Jackson's federal program in the Senate.

While the other contenders were well-meaning failures, John Calhoun actively tried to undermine both of the presidents he served. For this reason, John Calhoun can be regarded as the worst vice president in American history. 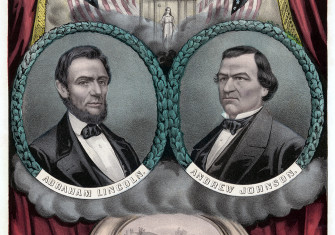