Few things instil as much terror as a deadly contagion with no known cure. 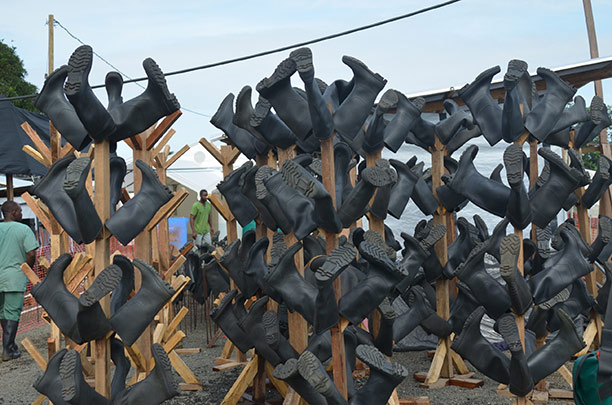 Few things instil as much terror as a deadly contagion with no known cure. In West Africa, the number of Ebola cases has now passed 17,000 with just under half of these proving fatal. In November the UK Government implemented airport checks on passengers arriving from infected nations. Anyone found to be symptomatic will be quarantined.

When faced with bubonic plague in the 1660s, England attempted a similar form of border control as its first line of defence. From as early as 1663, the presence of plague in the major trading ports of Amsterdam and Hamburg raised concerns within the English Privy Council. With its terrifying symptoms of buboes, dark spots and fever-induced madness, plague was the disease of nightmares and so a plan was developed to prevent it reaching British shores.

In the 17th century, the true nature of plague, a disease spread by the fleas of infected rats, was not understood. Preventative measures such as bonfires, cleansing and keeping a good distance from the infected, were locked in the misguided belief that it spread through miasma, or 'bad air'.

Then as now, the problem for an island is that it is hard to guard every point of entry – London was the natural priority. While composing their plan for the Privy Council, the Lord Mayor of London and city aldermen could find ‘no remembrance of what course had been taken to prevent its importation from foreign parts’ during previous outbreaks. Instead they borrowed from the ‘custom of other countries’ and so, 240 years after the first lazaretto, or quarantine, was established in Venice to fight the Black Death, they proposed that something similar should be created to isolate potential threats coming into England.

Hole Haven at Canvey Island was chosen as the location for this quarantine, as it was a good distance from the capital and had a creek that ‘could take one hundred vessels’. In his diary on November 23rd, 1663, Samuel Pepys remarked how it was ‘a thing never done by us before’. This was partly true. Although ship quarantine had been employed before (in 1635, for example, the Lord Mayor of London had recommended the prohibition of vessels landing from infected places until a proper number of days had passed), the rigid system at Hole Haven was undoubtedly novel.

Provisions were made for a pair of naval vessels to patrol the Thames Estuary, intercepting incoming ships that were ‘English or foreign’. Those from infected ports or with crews showing symptoms of plague, such as the Convertine in 1665, would be ordered to turn back or sent straight to Hole Haven for 30 days quarantine (by the late 17th century ‘quarantine’ had come to mean any period of isolation rather than a full 40 days. As Pepys described, 'it signifies now the thing, not the time spent in doing it').  Impounded ships were cleansed, all cargo was aired onshore, and crews were isolated aboard their ships. If anyone died, their body was thrown overboard.

At Tilbury, a second line of defence inspected incoming ships once more and only ships issued with a certificate of health could pass. In this way, London was doubly guarded. By 1664, as the continental plague appeared to worsen, the quarantine period was increased to a full 40 days and further foreign ports were blacklisted. Away from London, the offshore quarantine procedure was rolled out across other key ports in England and Wales.

The measures were strict, but not infallible. A Dutch captain made it inland only to be sent back to his ship; Stephen Porter points to a case of a heavily pregnant woman, who had travelled from Hamburg to Rochester and was permitted to land on the proviso that she was infection free; and in the spring of 1664, a merchant travelling with 15 horses for the royal family appealed for his daughter to bring the horses up to London, for fear they might be ‘stifled’ at Hole Haven.

Despite these small deviations, the quarantine proved relatively successful; there were 24,000 plague deaths in Amsterdam in 1664 and only a handful in England. However, with the growing tensions between the English and the Dutch came the greatest setback. In March 1665, war was declared between the two nations and focus naturally shifted away from quarantine and towards military matters.

Within a month the first case of plague occurred in London, and the problem soon spiraled out of control. According to the Bills of Mortality, nearly 70,000 Londoners died of bubonic plague in 1665, although the true figure is thought to be much greater.

The strict quarantine measures put in place in England from 1663 until the outbreak of war with the Dutch certainly appeared to hold plague at bay. Clearly, the contemporaneous theory behind quarantine was flawed – there was no such thing as a miasma – but in practice it could be highly effective. Forty days exceeded the disease’s incubation period, Hole Haven was a safe distance from dense population and quarantined ships were never close enough to the wharf for rats, the main vector of the disease, to disembark.

Ultimately though, like the Ebola airport checks, public health measures in the 1660s were simply an exercise in playing for time. They gave those in power the semblance of control, but with no real cure, an outbreak was inevitable. The same can be said for Ebola. Like plague, it has a high mortality rate, a long incubation period and is incurable. Until the disease is contained at its source or a vaccination created, a case of Ebola on British turf is unavoidable.

Rebecca Rideal is a television producer and research student at University College London.