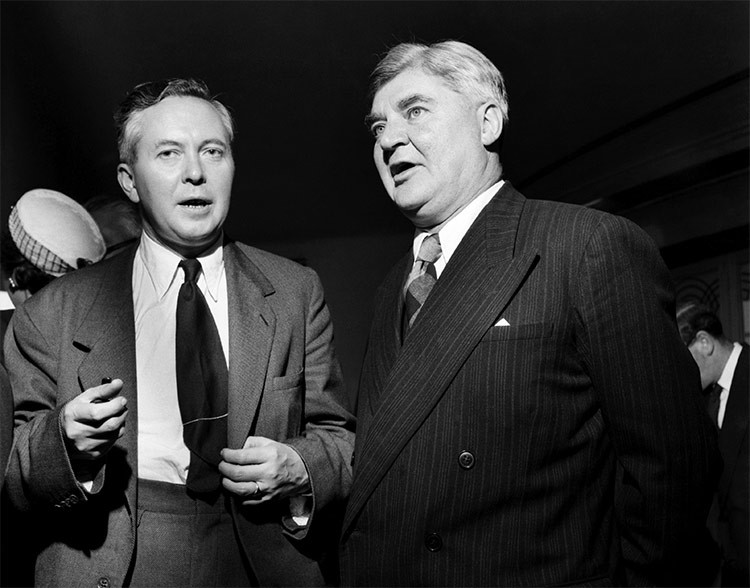 At the height of the Second World War, as Aneurin Bevan relentlessly criticised the strategy of Winston Churchill, his friend Archie Lush asked him in anguish: ‘Why do you keep attacking Churchill? What do you think happens if he goes?’ Bevan replied: ‘All right. Suppose he fell under a bus. What should we have to do? Send a postcard to Hitler giving in?’

Any criticism of Churchill as war leader is now seen as unpatriotic, if not heresy. This was vividly demonstrated during the events marking the 50th anniversary of his death, when the media joined hands in promoting the idea that during the war Churchill was a demi-god without whom this country could never have won. This has since been taken a notch further in Boris Johnson’s The Churchill Factor (2014), whose subtitle, How One Man Made History, sums up the book.

Churchill’s contemporaries would have found this incredible. Churchill did play a huge part in developing his own personality cult. His history of the Second World War enabled him to fulfil his desire to ‘justify myself before history’ and put him on a pedestal from where he could look down on his rivals. Yet his contemporaries were not afraid to chip away at it. Emanuel Shinwell described the first volume, The Gathering Storm, as a novel in which Churchill was the main character, while Michael Foot wrote that, while the book was ‘vastly more enjoyable and instructive than Hitler’s Mein Kampf’, when it came to ‘personal conceit and arrogance there is some likeness between the two’. Foot, who worshipped Bevan, was deliberately trying to provoke outrage but what all this demonstrates is that Churchill’s contemporaries were not prepared to accept his myth.

While Boris Johnson makes much of the fact that Churchill ‘made the right call on Hitler, almost from the start’, John Ramsden has pointed out that Churchill did not oppose the dictator at all through the 1930s. Before Munich in 1938, six years after Hitler had come to power, Churchill did not cast a single vote in the Commons against the government on either foreign or defence policy. Yet during this time he opposed any progress on even the very limited moves towards self-government in India. As Ramsden writes, Churchill ‘denounced Gandhi with even stronger language than he used against Hitler, even as he refused ever to attack Franco at all’. ’Late in 1937’, he continues, ‘Churchill was still advocating the return to Hitler of former German colonies (confiscated in 1919, as part of a general settlement of European grievances), a policy more usually associated with Chamberlain.’ As late as February 1938, when Anthony Eden resigned as Foreign Secretary over appeasement, Churchill was one of the first Tory MPs to sign a round robin expressing his confidence in Chamberlain.

Why does all this matter? Because in making Churchill a superman we fail to recognise that the war was won because of what is arguably the most brilliant collective effort Britain has ever produced, a wonderful example of the state and the people coming together. Indeed the British state produced a far more powerful collective response than the Nazis, which is one reason why the idea that state intervention was positive was able to take hold, explaining the postwar triumph of the Labour party. The belief that the state is always good has long since been discarded, but to substitute that with the notion that Churchill was solely responsible for victory is historically suspect and suggests that Britain was so lacking in confidence that it could only believe that its ability to sustain itself came down to one man.

That is understandable in a country such as Pakistan, created only in 1947, which finds it difficult to come to terms with the historical facts about its founder, Mohammed Ali Jinnah, but not in a country which can deal so readily with its history that it can have a statue of Cromwell, the first man to behead a king, outside the Palace of Westminster, which monarchs have regularly to pass as they come to address Parliament. What a contrast to how it was when Britain was fighting for its very existence. What was not forgotten then was the ability to look at events dispassionately and subject leaders to the critical analysis. While Churchill deserves to be fêted we should recall, with Bevan, that Britain would not have sent a surrender postcard to Hitler had he ceased to be prime minister.

Mihir Bose is a writer, journalist and historian of India. 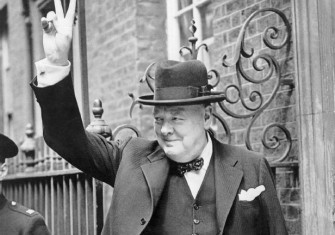 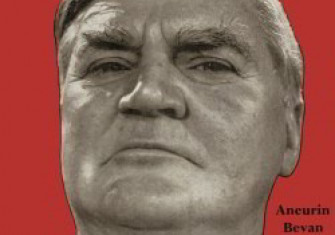