The best history books of 2016

From early Latin literature to an obituary for the EU, ten historians recommend their best reads. 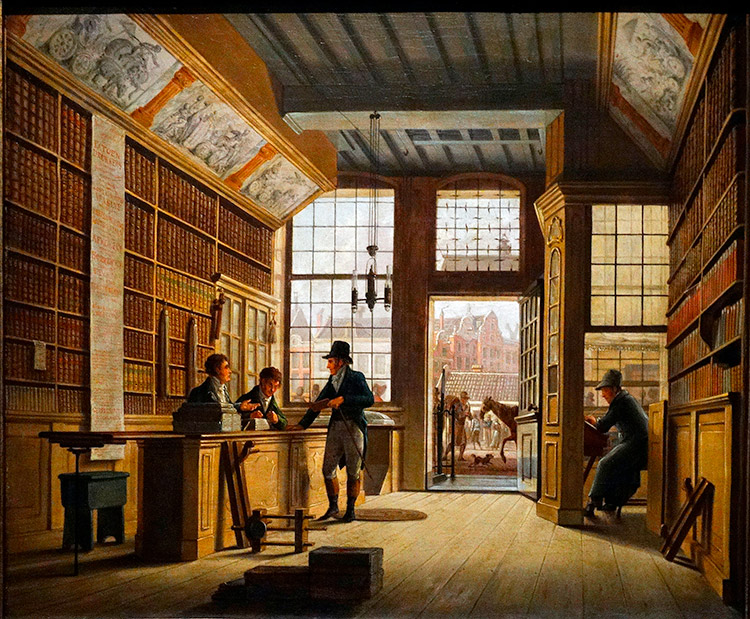 Penny Corfield
John R. Gillingham’s The EU: An Obituary (Verso) may be a gritty neo-liberal polemic, but it is based upon in-depth historical research. The author details the ideological and realpolitik origins of countless Euro-meetings and Euro-compromises. The story includes political optimism, institutional creativity, competing interests and much canny horse-trading. Today, however, the EU faces manifold problems, some (like the euro) of its own making. For Gillingham, the euro project has overreached itself and is doomed. Yet the EU's history is one of great adaptability. Can it now reform its constitution to reboot the EU’s democratic accountability? Gillingham charts the complex historical roots of today’s difficulties, which closely concern Britain: whether outside, inside, or half-in-half-out. Important, if sober, reading.

Peter Burke
One of the best recent studies of the cultural history of knowledge, or ‘knowledges’, is Chad Wellmon’s study of Germany in the late 18th and early 19th centuries. His Organizing Enlightenment (Johns Hopkins) stands out for its close analysis of texts by Fichte, Schelling, Wilhelm von Humboldt and other leading public intellectuals of the period, emphasising their sense of crisis, a product of what is now known as ‘information overload’, and, as a defence against overload, the rise of intellectual specialisation. Wellmon avoids anachronism but does not shrink from suggesting lessons for our own time.

Sarah Dunant
With American politics already satirising itself, comic writer Christopher Buckley back-flipped into history this year with The Relic Master (Simon & Schuster), an exuberant caper novel on the culture of reliccollecting in Germany on the cusp of the Reformation. Buckley’s smart, tart tale of relic-master Dismas, careering across Europe with the artist Dürer (brilliant, vain and competitive) in search of the ‘real’ shroud of Jesus – with a faked one by Dürer to substitute in its place – is at times very funny. It is also a timely reminder that the forces of avarice, corruption, self-delusion and mendacity remain a constant in human history. One cannot help seeing Trump’s orange thatch as an unlikely future relic.

Jeremy Black
Murray Pittock’s Culloden (Oxford) is not only an account of what happened in that dramatic battle, but also of its continuing resonances in British history. The weight of the past is the key theme, notably in the conflicted myths of Scottish exceptionalism. Thus, from the 1770s until well into the 19th century, the battlefield was largely forgotten, whereas the situation today is very different. Unlike too much writing on places of memory, this is fresh, concise, free from jargon and well informed about realities.

Bridget Heal
As early modern historians gird up their loins for 2017, the 500th anniversary of the German Reformation, my book of the year has to be Lyndal Roper’s Martin Luther: Renegade and Prophet (The Bodley Head). This is Luther warts and all, full of complexity and contradiction: rebellious, courageous and deeply creative in intellectual terms, but also authoritarian, embittered and viscerally antisemitic. A ‘difficult hero’ indeed. Roper does more than any previous biographer to explain Luther’s inner motivations – the psychological dynamics that shaped his life and thought – and this book will continue to bring the reformer and his theology to life for generations to come.

Gordon Campbell
The reburial of Richard III in 2015 provoked strong views about how he should be judged by posterity. For reasons that I do not fully understand, Ricardians relentlessly insisted that he had been a good man and a good king. At the end of the year, David Horspool stepped back from the fray and coolly examined the evidence and the context, including the European one, in Richard III: A Ruler and his Reputation (Bloomsbury). I read it early in 2016 and delighted in Horspool’s mastery of the sources, his understanding of the period, his balanced judgements and his clear and communicative prose.

Peter Mandler
Two books that do something difficult and do it well: track an idea or concept through hundreds of years of history, keeping a thread but respecting difference. Thomas Dixon’s Weeping Britannia (Oxford) takes aim at the myth of the stiff upper lip. The British (like most people) can cry buckets given half a chance. Kirsty Milne died much too young in 2013, but not before all but completing At Vanity Fair (Cambridge). What began as a story about human vanity seen through Puritan eyes only later became a morality tale of women and capitalism. Our desire to feminise and secularise a hair-raising piece of Puritan polemic, and turn it into a piece of modern social criticism, tells us more about us than about them.

Alexandra Shepard
Lyndal Roper’s fresh and captivating Martin Luther: Renegade and Prophet (The Bodley Head) presents a life richly contextualised within the culture and society that shaped Luther and that he in turn transformed. Very far from a traditional biography, let alone hagiography, of a ‘great man’ in history, the book is a closely focused and compellingly intimate study of Luther’s perceptions of himself and others: emotional and embodied, as well as intellectual. With vivid insight, Roper ranges unflinchingly across the many contradictions characteristic of Luther’s theology, his psychology, his friendships and his enmities to produce a fascinating portrait of a challenging hero.

Christopher Smith
Denis Feeney’s Beyond Greek: The Beginnings of Latin Literature (Harvard) is formidably learned, but at the same time an exceptionally good read. His theme is the way Romans took Greek forms of literature and, through the process of translation, transformed both those originals and also themselves. Feeney shows mid-third century bc Romans undertaking a deliberate project of refashioning their world within international cultural networks. In so doing, he illustrates the value of cultural openness and multilingualism and the role of ‘cultural brokers’. Committed supporters of an international outlook will find much of relevance here.

Genevieve Warwick
Michael Fried's After Caravaggio (Yale) and its prequel, The Moment of Caravaggio (2010), offers a closely argued visual account of the rise of easel painting c.1600 and its particular, intensified form of pictorial address. Through the prism of a realism so startling that, in the words of Baglione on Caravaggio’s Boy Bitten by a Lizard, ‘you could almost hear the boy scream’, Fried’s penetrating analysis demonstrates the hold of Caravaggio’s pictorial presence on successive generations of artists. Competing for visual attention in the crowded hang of a picture gallery, under Caravaggio’s influence, painting took up its fullest form of illusion.