Seven titles have made the shortlist for our annual book prize. 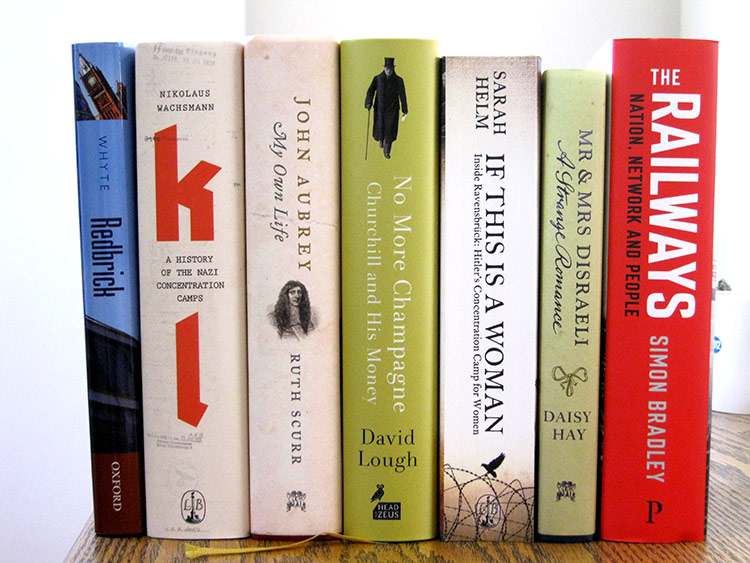 The judging of the Longman-History Today Book Prize can be a contentious and combative experience: how does one decide that a work is scholarly, literary and capable of reaching a wider audience than the one it has so far gained? Yet this year it was a weirdly consensual affair.

Despite a record number of submissions, the judges agreed almost immediately on five of the books on its shortlist of seven and the other two followed soon after. There was some disappointment expressed at the lack of suitable books on medieval history and on Late Antiquity – publishers, pay attention. But overall the judges were impressed by the range and diversity on offer.

The shortlist for the Longman-History Today Book Prize 2016, listed alphabetically, are:

Sarah Helm, If This is a Woman – Inside Ravensbruck: Hitler’s Concentration Camp for Women (Little, Brown).

David Lough, No More Champagne: Churchill and His Money (Head of Zeus).

The winner will be announced at the Longman-History Today awards evening in January 2016.

The Longman-History Today Book Prize is awarded to an author’s first or second history book, published in Britain over the past 12 months. The judges were: Jeremy Black, Professor of History at the University of Exeter; Taylor Downing, historian and film-maker; Miri Rubin, Professor of Early Modern History at Queen Mary, University of London; and Paul Lay, Editor of History Today.

More about the Longman-History Today Awards.