A new exhibition explores the history behind the first global market. 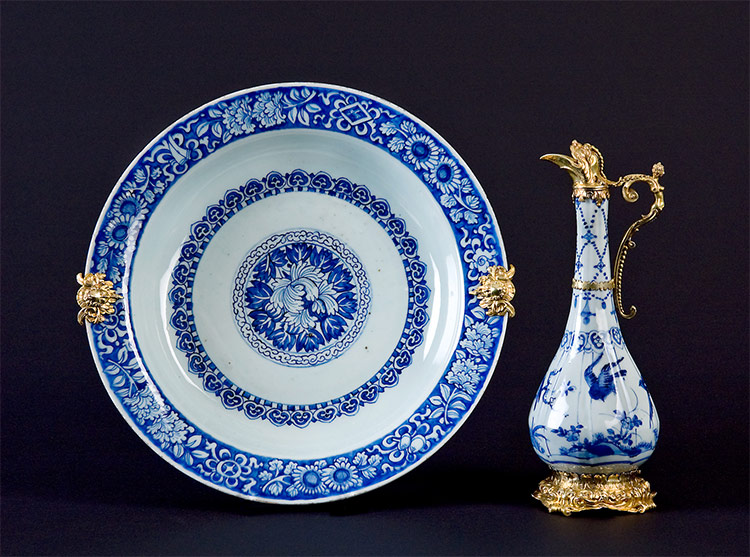 At the start of the Dutch Golden Age, merchants from the ‘world’s first multinational’, the Dutch East India Company (Vereenigde Oostindische Compagnie, VOC) used their business acumen to establish lucrative trade agreements with Asia, resulting in the trade of exotic treasures from Asia including porcelain, lacquerware, ivory and silk to the Dutch Republic, where these forms of design and materials had not been seen before and, therefore, were considered to be prized items of exquisite quality and fascination. Asia in Amsterdam showcases the sensation that these luxury items created through 170 works of art from India, China, Japan and Batavia from 60 collections, while presenting the history behind this first global market and the impact they had on Dutch art and culture in the 17th century and how they inspired Dutch artists and makers. Amsterdam played a central role in this story as the capital city of the Netherlands became the marketplace for Asian luxury goods to Europe.

Asia in Amsterdam was on display at the Rijksmuseum in Amsterdam until January 2016.  Now it is at the Peabody Essex Museum in Salem, Massachusetts, which has an extensive Asian export art collection. Like Amsterdam, Salem was an important international trading hub.

Dutch still lifes and portraits of citizens who had themselves painted among their newly acquired items of Asian luxury provide an effective contextual background, bringing the objects to life. For example, fashionable men had their portraits painted wearing a silk ‘Japanese skirt’, a long loose-fitting silk coat such as the one worn by Amsterdam pharmacist Johannes Hudde in his portrait by Michiel van Musscher in 1686.

The Golden Age Dutch artists such as Rembrandt, Willem Kalf, Jan Steen and Pieter Claesz also incorporated Asian luxury goods and designs into their still life paintings, including Chinese porcelain, shells from the Indian and Pacific oceans and pepper from the East Indies, reflecting the success of the Dutch maritime trade as one of the drivers of the Republic’s economic prosperity, coinciding with the heights of Dutch painting. Jan van der Heyden’s Room Corner with Rarities illustrates the arrival of these exotic, Asian art forms and curiosities.

One of the most popular luxury goods to be exported in the Golden Age was blue and white porcelain that originated mainly from the kilns of Jingdezhen in China and later from Arita in Japan. Being thinner, smoother and lighter than earthenware produced in the Netherlands, it influenced the creation of ‘Delft Blue’, which was a cheaper earthenware imitation of porcelain, coated with white enamel and painted with cobalt blue decorations. Polychrome Japanese porcelain was imported by VOC officials returning to their homelands in the 17th century, with Kakiemon porcelain being favoured among the Dutch elite. Several fine examples are on display, highlighted by a pouring jug with a golden lid, bearing the owner’s coat of arms (above).

Dutch household interiors and furnishings were also influenced by Asian designs and fashions of the time, as were personal clothing and accessories, such as the Japanese-style dressing gown, the rok. This garment came to the Netherlands through VOC officials, who had been presented with them by the shogun on their annual court visit, illustrated in Michiel van Musscher’s portrait of VOC director and burgomaster of Amsterdam, Johannes Hudde. These gowns were prized by the Dutch for their exotic beauty and comfort.

The Asia in the Dutch Interior gallery presents two large painted and embroidered Indian cotton chintz Palampores from the Peabody Essex Museum’s Veldman-Eecen collection and an Indian quilted bedcover bearing heraldic decoration in the form of the arms of the city of Amsterdam, displayed without glass casings and tilted at an angle to allow the viewer to observe the motifs close-up, providing a greater sense of impact. This exhibition of Asian treasures provides a celebration of the connections between Netherlands and Asia offering a fresh perspective on the Dutch Golden Age.

Asia in Amsterdam: the Culture of Luxury in the Golden Age is at the Peabody Essex Museum, Salem, Massachussets, until June 5th, 2016

Jasleen Kandhari is tutor in Asian art history and textiles for the Department of Continuing Education at the University of Oxford. @JasKand