A Year of European Revolutions

The Sicilian Uprising of January 12th, 1848 was the first of several European revolutions. 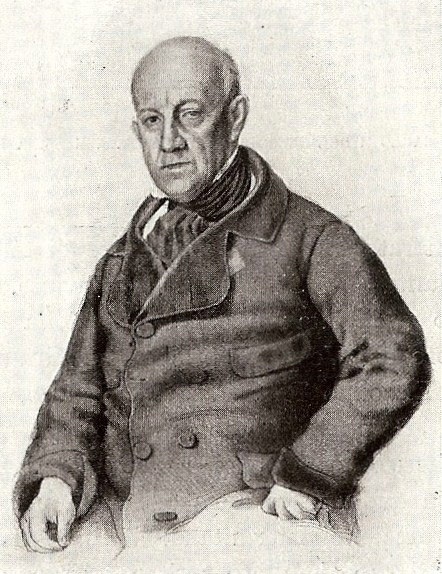 'No state in Europe is in a worse condition than ours, not excepting even the Turks,’ wrote the revolutionary, Luigi Settembrini in 1847. ‘. . . In the Kingdom of the Two Sicilies, in the country which is said to be the garden of Europe, the people die of hunger, are in a state worse than beasts, the only law is caprice’.

In 1848, a number of states across Western Europe exploded spontaneously into revolution. Years of economic slump and post-French Revolutionary suppression lay behind these outbursts, along with opposition to the established authorities, and the rise of nationalism, liberalism and socialism. The uprising in Palermo, capital of the island of Sicily, was the first of these and was especially significant for Italy as it marked the start of a long train of events culminating in unification and Garibaldi’s conquest of the Kingdom of the Two Sicilies in 1860.

Sicily was unlike other Italian states, many of which, by 1848, had at least seen some measure of political reform. Backward and poor, it was ruled by the Spanish Bourbon king, Ferdinand II, whose attempts at agrarian reform on the island had failed, resulting in greater restrictions on both landowners and peasants. These two groups were united only in their desire to be rid of an oppressive and tyrannical Neapolitan rule. The landowners resented Bourbon interference in wheat prices and tariffs and their attempts to restrain nobles from usurping common land; the peasants were overburdened by heavy food taxes, hunger and the steady infringement of their meagre ‘rights’ to the fields they toiled.

Meanwhile, a handful of middle-class Sicilian radicals living in exile in northern Europe found themselves stimulated and influenced by the romantic and patriotic ideals and political philosophies currently oiling intellectual circles. They began to envisage a future for Sicily that recognised the need for stronger links with the rest of Italy, possibly as part of a federation of Italian states. This vision would have an increasingly meaningful role in what was to follow.

On January 9th, an unsigned manifesto issued by a ‘revolutionary committee’ was circulated in Palermo announcing a revolt for Sicilian freedom to take place at the king’s birthday festivities. ‘Dawn on January 12th, 1848, will mark the glorious epoch of universal regeneration,’ it proclaimed, promising that those that met in the main piazza on the day would be given arms. In a bid not to alienate the well-off, property would be respected. Surprised that a genuine revolution would be announced three days in advance, the authorities hastily arrested eleven suspects.

On the morning of the 12th, however, people began to enter the piazza in larger numbers than usual and arms were distributed. Although there appeared to have been no organised leadership, a popular preacher whipped up the crowds in the Fieravecchia – the poorest quarter of the city – and clashes soon broke out. Initially those that fought were a small and motley crew, including some women. They looked no match for the 5,000-strong royal army whose cavalry and artillery they faced, and there were certainly casualties. But it was guerrilla warfare and, as barricades were erected and shops boarded-up, the medieval maze of streets in Palermo and the hostility towards the Bourbon troops from the townsfolk worked to the revolutionaries’ advantage.

News spread, and by the following day peasants from the countryside arrived to join the fray. For them, the revolution was not about articulate political demands, but rather the chance to express frustration over their many hardships. The popular ranks were swelled during the course of the disruption by brigand bands, as outlaws capitalised on the breakdown of government. In the villages and towns outside Palermo, records of land deeds and tax payments were burned and officials murdered. Sheep were killed and woodlands destroyed as land was cleared for cultivation.

By January 15th, when a further 5,000 Bourbon troops arrived by sea, the revolutionaries were in control of the city. As the Neapolitan army retreated, those with a more defined political agenda emerged as the leaders and established committees in an effort to channel and control the momentum of the uprising. They demanded that Ferdinand restore the 1812 constitution, an appeal which attracted support from the middle and upper classes. In response, the king offered local self-government on condition that Bourbon sovereignty remained, but the revolutionaries rejected this and insisted that Sicily should have complete independence from Naples.

On February 2nd, the revolutionary committee, now headed by a retired naval officer, Ruggero Settimo, declared that it would take over the government of Sicily until the election of a parliament which would adapt the constitution of 1812. The last troops left Palermo at the end of the month. The uprising had achieved its aim, but its glory was to be short-lived. As similar revolts broke out in states across Italy, the Sicilian revolution began to break down; its supporters once more divided by their class interests. In September Ferdinand’s troops returned, landing at Messina. This time their seizure of Palermo met little resistance. In the words of the radical leader, Francesco Crispi, ‘the moderates feared the victory of the people more than that of the Bourbon troops’.