Venice: The Fog of War

The most desirable tourist destination of belle époque Europe, Venice became a major naval base during the First World War. Richard Bosworth looks at how La serenissima dealt with the years of peril during which it became a target of enemy bombers. 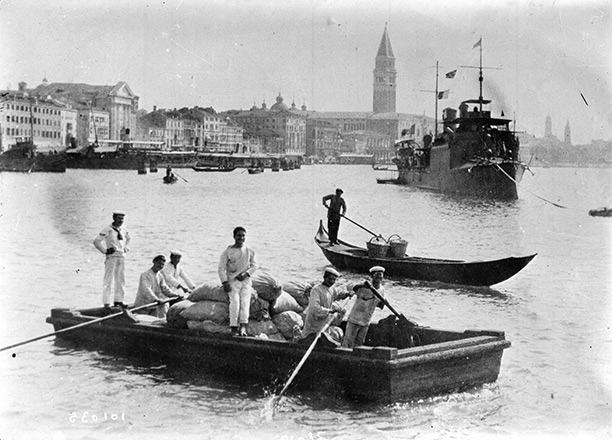 On the night of October 24th, 1915 the city of Venice gleamed under a full moon in the way that has always enthralled lovers. Exactly five months earlier Italy had entered the First World War, initially with its only enemy being Austria-Hungary, from 1815 to 1866 the ruler of Venice. Given that it was wartime, the city was by now filled not with lovers but rather with soldiers and sailors (Venice was Italy’s prime naval base in the upper Adriatic). In Piazza San Marco, ‘the most beautiful square in the world’, the portals of the ancient basilica were walled in by timber and sandbags against attack, while the four horses of the Quadriga, which had adorned San Marco since they were looted from Byzantium in 1204, had been dismantled and sent for safe-keeping to Rome.