Turning Points in the Vietnam War

Viv Sanders takes issue with some all too common assumptions. 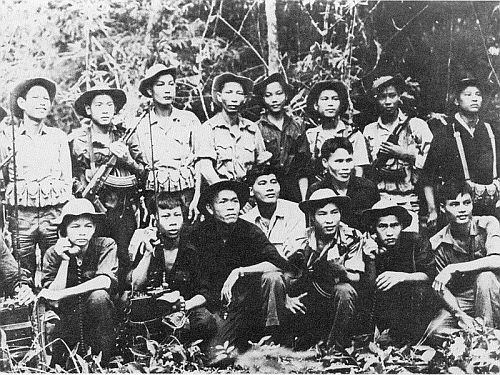 There are two major issues concerning turning points in the United States' involvement in the Vietnam War, both involving chronology. First, when and how did the US become irrevocably committed to large-scale intervention? Second, when did it become obvious that the US would have to de-escalate?

In the ever-growing US involvement in Vietnam from 1950 until 1968, the turning point is usually considered to be 1965, when President Johnson sent in American ground combat troops. However, it will be argued in this article that decisions taken by the Eisenhower administration during 1954-56 constituted a far more important change.

There is less controversy over the main turning point in the US decision to de-escalate. Most historians agree that it was the Tet Offensive in 1967. However, it will be argued here that the Tet Offensive was not a turning point but a clarification of issues that had been evident since 1954-56 and had led to the resignation of Secretary of Defence Robert McNamara in late 1967. It was with McNamara's resignation, rather than with Tet, that it became obvious that the US had to de-escalate.