Sarah Searight describes how the Levant Company, which had received its first charter from Elizabeth I, did not surrender its monopolistic hold over trade with the Middle East until the reign of George IV. 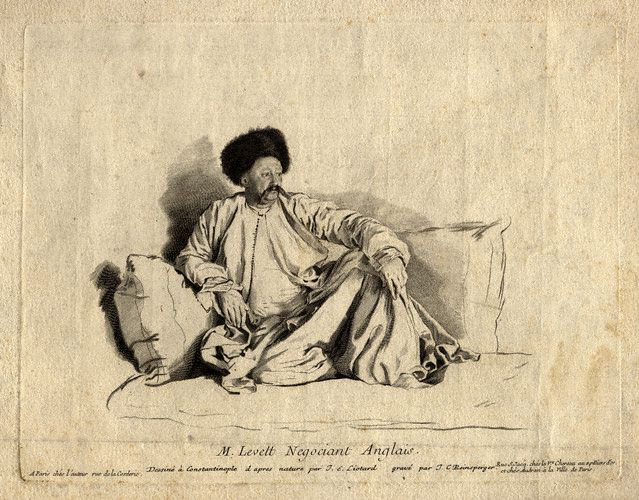 The Levant Company, or Company of Turkey Merchants as it was also known, received its first charter in 1582 from Queen Elizabeth. The need for new markets for English cloth and anxiety about access to essential spices from the Far East prompted English merchants to seek to trade directly with the Levant where previously they had been content to leave it to the Venetians or the Dutch. Spain’s absorption of Portugal in 1580, however, threatened English spice supplies coming by way of the Cape; and they had to consider reverting to the older and more costly overland route through Aleppo. Venice was by now impoverished after fifty years of war, and could no longer be relied on to bring the spices to Leghorn, the great entrepôt of this period.