‘Garotting’, or the strangulation of a victim in the course of a robbery, haunted the British public in the 1850s. Emelyne Godfrey describes the measures taken to prevent it and the range of gruesome self-defence devices that were often of greater danger to the wearer than to the assailant. 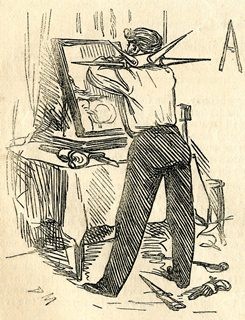 Walking the streets at night, a Victorian man about town knowingly ran the risk of being subjected to assault and robbery. In the mid-19th century, the public was panicked by the presence of a particular form of violent robbery: 'garotting' (or 'garrotting'), a technique of partial strangulation influenced by Spanish and Indian practices. According to contemporary newspapers, this dastardly crime demanded a gallant and hands-on 'British' response from ordinary citizens.

The concept of garrotting existed before Victorian times and the term, too, was not new. One Victorian periodical, Notes and Queries, traced strangulation back to the criminal activities of 17th-century street rogues, while the Oxford English Dictionary provides an example from 1622 of the use of the word garotting: