Margaret Clitherow, a butcher’s wife from York, was one of only three women martyred by the Elizabethan state. Her execution in 1586 was considered gruesome, even by the standards of the time. 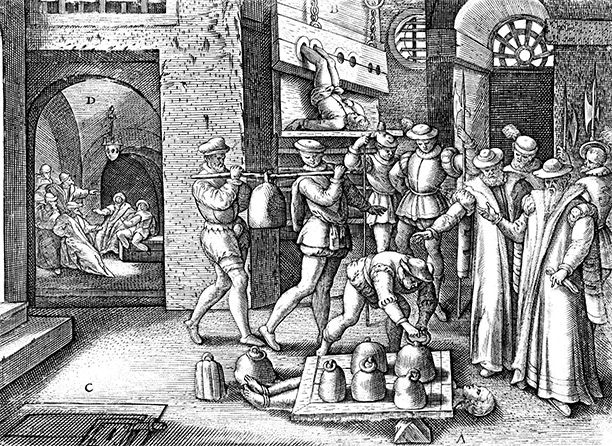 On March 25th, 1586, naked but for a linen shift, Margaret Clitherow was crushed to death in the Toll Booth on the Ouse Bridge in the city of York. The sanction was known as the peine forte et dure. She was, we are told, ‘in dying one quarter of an hour. A sharp stone, as much as a man’s fist’, was ‘put under her back’. Upon her, or rather, onto the door placed over her, were put stones ‘to the quantity of seven or eight hundred weight at the least, which, breaking her ribs, caused them to burst forth of the skin’.