A fresh account of Ernest Bevin, who operated at the summit of British public life for almost three decades. 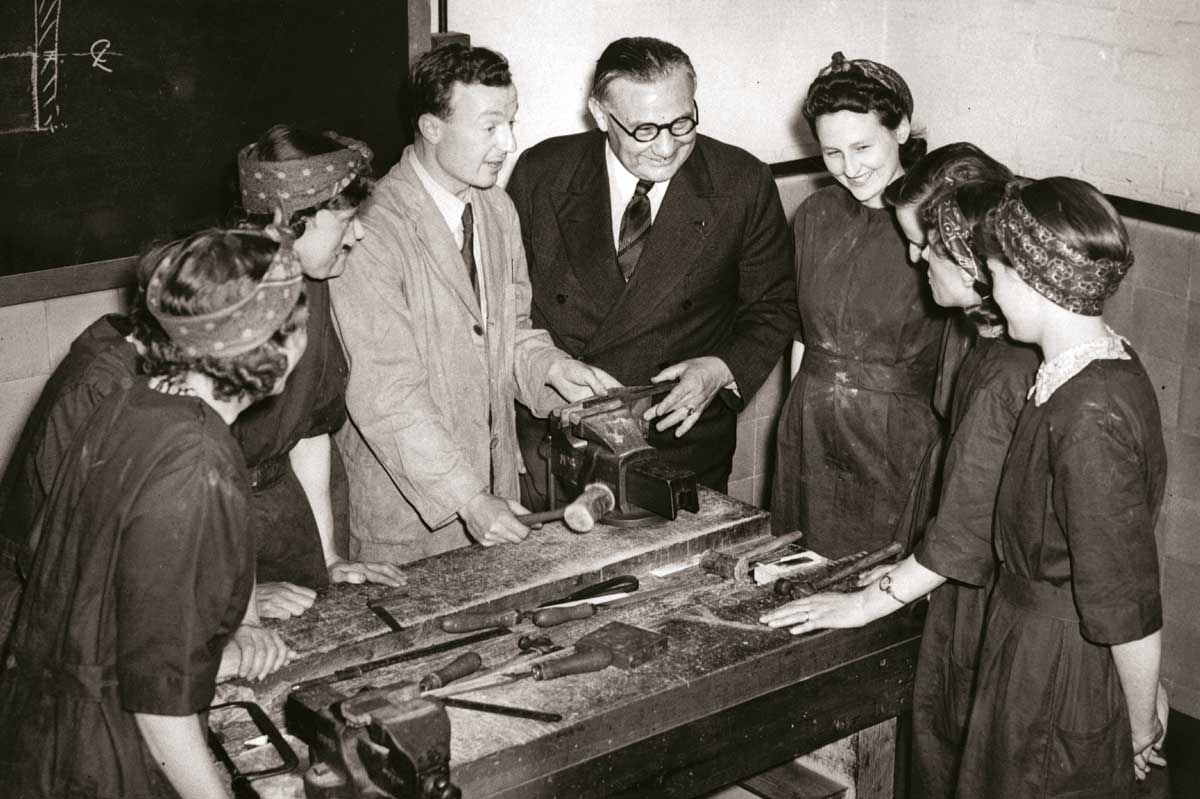 There is a strong case to be made that Ernest Bevin was the greatest government minister Britain produced during its tumultuous and testing 20th century. As Minister of Labour in the Churchill coalition government between 1940 and 1945, Bevin was tasked with mobilising Britain’s precious manpower resources for war production. Manpower was the key to the national war machine. It fell to Bevin to establish industrial priorities and distribute the workforce to meet them. Under the Emergency Powers Act, he enjoyed near-total control over the working activities of the British population.

By any measure, his record over the next five years was one of immense success. Bevin worked closely alongside many of the political titans of modern history and was never less than their equal. Churchill, in particular, had a deep respect for him. Then, from 1945 until just five weeks before his death in 1951, Bevin was Britain’s Foreign Secretary in the Labour government of Clement Attlee. Having no illusions about the threat posed by the Soviet Union, Bevin worked intensively to turn the wartime alliance with the United States into a permanent, peacetime, institutionalised partnership. He leveraged American power to neutralise Britain’s security dilemmas and those of western Europe as a whole. And he sought to persuade the US to remain committed to an active global role. Exemplified by his work as the architect of the North Atlantic Treaty Organisation, Bevin’s tenure in charge of foreign policy helped to frame the postwar liberal world order and set the direction for British strategy that endures to the present day.

This was a formidable record of achievement. Still more striking was the fact that Bevin enjoyed none of the social or educational privileges that most of his political peers took for granted. The illegitimate son of a midwife and having almost no formal education, Bevin worked his way up from poverty. Large in both physical stature and personality, Bevin became involved in trade union politics while working on the Bristol docks. In 1922 he was one of the founders of the Transport and General Workers’ Union (TGWU), which soon became Britain’s largest trade union. A formidable leader and union negotiator, as General Secretary of the TGWU Bevin strove to improve the working conditions and benefits enjoyed by millions of men and women. He remains probably the greatest union leader in British history. As the most powerful figure in the Labour movement, Bevin was an obvious choice to bring into the government when the Second World War moved into a high gear in the summer of 1940.

Possessed of abundant self-confidence, Bevin was never overawed by anyone. He had a remarkable grasp of detail. While he could hold a bitter grudge, he was also highly respected and admired. When Bevin put his foot down – which he did often – people had no illusions about it. He knew his own mind, what he wanted, and then set about working out how to get it. In terms of accomplishments and ability, few politicians – of whatever century or ideological stripe – warrant being mentioned in the same breath as Ernest Bevin. He was comfortable with, indeed embraced, the exercise of power for major ends. One imagines that he would feel only disdain for the superficiality and lack of grip, the obsession with presentation, that characterises contemporary political culture.

There is something else, as well. He was unapologetically patriotic. Between 1940 and 1951, Bevin almost certainly worked himself to death for his country. His contribution extended from the national to the global and ranged from working hours to nuclear weapons, from factory conditions to the postwar peace settlements. Bevin was, as his friend Attlee put it, ‘a tank’.

Andrew Adonis’ readable new biography seeks to bring Bevin’s story to the attention of a modern audience. While it cannot match Alan Bullock’s three-volume work, published between 1960 and 1983, it is important that a popular audience has access to a fresh account of one of the giants of modern political history. Adonis’ text makes for a light and breezy excursion: those who are already familiar with Bevin himself or the political, social and economic milieu in which he operated will gain little. That said, Adonis’ analysis of what a Bevin of ‘today’ would do is perhaps less convincing, and the book’s subtitle – Labour’s Churchill – risks distorting what was distinctive about Bevin.

Bevin operated at the summit of British public life for almost three decades. Few have, or will, make a contribution on his scale. Until we get a scholarly, modern biography Adonis’ text will help to keep Bevin in the public mind.

Robert Crowcroft is Lecturer in Contemporary History at the University of Edinburgh.