The century that changed London forever.

‘There had been dramatic changes in outlook in the course of this remarkable century’, writes Margarette Lincoln in her vast and vivid account of the 100 years that took London from the Gunpowder Plot to the Toleration Act, through civil wars, plague and fire, terrorism and revolution, the birth of newspapers and a coffee-drinking, politically conscious public; ‘Newton’s world was not the same as Shakespeare’s.’

Her story is bookended by the deaths of two queens: at the beginning the magnificent funeral of Elizabeth I and towards the end the early death of Mary II, whose funeral, costing £50,000 and modelled on Elizabeth’s, was the largest ever held for an English monarch. Yet between these mirrored ceremonies everything had changed. Civil War, a Commonwealth and the Glorious Revolution had transformed the state, securing vital freedoms and ensuring the ascendancy of Parliament, creating a reformed constitution that the contemporary writer Celia Fiennes described as ‘by all the world esteemed the best’. These changes were hard-won with Londoners’ toil and blood; few readers will forget the image of the Leveller Mary Overton being dragged to Bridewell on a hurdle, clutching her six-month-old baby.

The fabric of London had changed, too. Over the century its population grew from 200,000 to more than 500,000, despite the plague of 1665 killing a quarter of its inhabitants. The populace spilled beyond the ancient walls into new districts, finally linking the separate centres of Westminster and the City into one urban sprawl. Infrastructure, poor relief and sanitation improved – about 45 per cent of houses gained piped water – even as pollution and crime continued to scar the city. The focus of each government since the Commonwealth on building up the navy and the boom in mercantile trade transformed England into Europe’s greatest trading nation. Centuries of maritime dominance followed.

For all this dynamic change, it is the continuity that grips. After the Great Fire destroyed four fifths of the City’s buildings, the grand renovation plans proposed never materialised. Constraints of time and money ensured the City was rebuilt largely on its existing roadmap. With her curator’s eye, Lincoln assembles the colourful details of everyday life to form a compelling narrative of how Londoners continued to live, adapt and struggle underneath the drama of public events. Looking with Lincoln beneath the bedcovers and in the sewers, in the alleys and parlours, taverns and coffee houses and hearing the voices of ordinary Londoners, such as Nehemiah Wallington, Samuel Pepys and John and Mary Evelyn, we appreciate the artificiality of breaking history into neat time periods. This is most striking with the Restoration, so often portrayed as a watershed moment bringing light into the Cromwellian darkness. Yet much of the coffee-house culture (thereafter associated with republicanism), the swell of scientific enquiry and increasing fashions and leisure activities we associate with the Merry Monarch took root in the kingless 1650s.

The restored Stuarts whitewashed recent upheavals to emphasise monarchical continuity marked in ritual: James II was proclaimed king, just as James I had been, at Whitehall, Charing Cross and Temple Bar, which had been rebuilt by his brother Charles II after the Great Fire to feature statues of himself, his father and grandfather. But the city did not forget its revolutionary past and neither should we.

Miranda Malins is the author of The Puritan Princess (Orion, 2020). 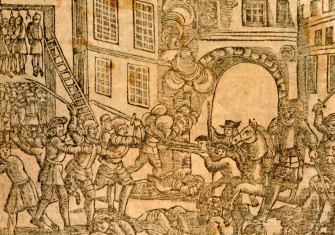 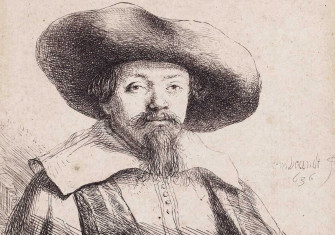