The Reign of Mary Tudor - A Reassessment

Michael Hutchings argues that for too long Protestant historians have concentrated on the negative aspects of the era of ‘Bloody Mary' and that, in sharp contrast, there are positive achievements to her credit. 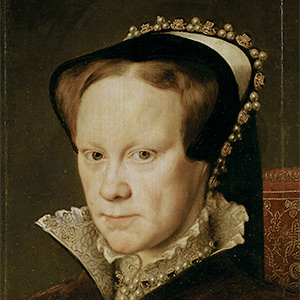 A reassessment of Mary Tudor, who ruled from 1553 to 1558, is much needed. For too long she has been denigrated. A. Pollard, for instance, concluded in a. famous dictum that 'sterility was the conclusive note of Henry's reign', and his pupil, S.T. Bindoff, pronounced Marian England 'politically bankrupt, spiritually impoverished, economically archaic, and intellectually enervated' at her death. The reasons for these negative verdicts lie in part with Elizabeth I, whose reign has been so eulogised as to obscure the years prior to her accession. Even the latest PolyGram film Elizabeth I, with the aid of computer wizardry, bolsters the myth of 'Gloriana'. Fortunately, however, the emphasis of recent scholarship has been on the real achievements of the reign. Professor Eamon Duffy of Magdalene College, Cambridge, insists that 'a convincing account of the religious history of Mary's reign has yet to be written’.