Prince Potemkin and the Benthams

Simon Sebag Montefiore describes an unlikely project to create an English village in Belorussia involving Catherine the Great’s lover and the philosopher Jeremy Bentham and his brother. 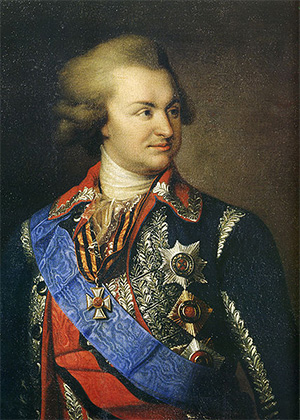 On December 11th, 1783, His Most Serene Highness Prince of the Holy Roman Empire, Grigory Alexandrovich Potemkin – Serenissimus as he was known – summoned to his apartments in St Petersburg a young Englishman Samuel Bentham, whose doomed love affair with a beautiful Russian countess had been followed by all society, and offered him a glorious new start. Potemkin’s offer led, not only to the most adventurous career in war and peace ever enjoyed by an Englishman in Russia but also to a farce in which an ill-sorted company of Welsh and Geordie artisans were settled on a Belorussian estate, which they were to develop into Potemkin’s own industrial trading empire. The episode highlights not only the Prince’s boundless dynamism, but the way he used his estates as the arsenal and marketplace of the state, with no boundary between his own money and that of the empire.