A New Face For the Lady

A Tudor portrait in the Fitzwilliam Museum, Cambridge, once believed to be Mary I when princess, has recently been relabelled ‘Possibly Lady Jane Grey’ as the result of research by Ph.D student J. Stephan Edwards. Here he explains how the iconography in the painting prompted the discovery. 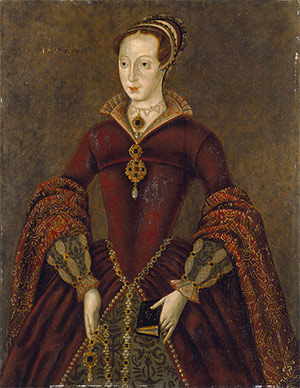 There have been many modern depictions of Lady Jane Grey (1537-54), England’s ‘Nine-Days Queen’, yet no life-portrait of her is known to exist. She remained ‘invisible’, despite being the focus of considerable courtly attention in May and June of 1553. John Dudley and Henry Grey, Jane’s father, struggled to set aside Mary Tudor’s claim to the throne of the dying Edward VI, and Jane’s bestowal in marriage was a critical element of their plan. Circumstantial evidence suggests that Hans Eworth’s ‘Unknown Lady’ is a pre-marriage portrait of Lady Jane Grey created in connection with the plots of May and June 1553.