Leo Steveni was a British officer based in St Petersburg at the time of the Russian Revolution. He became an active eyewitness to the chaos of the Civil War that followed. 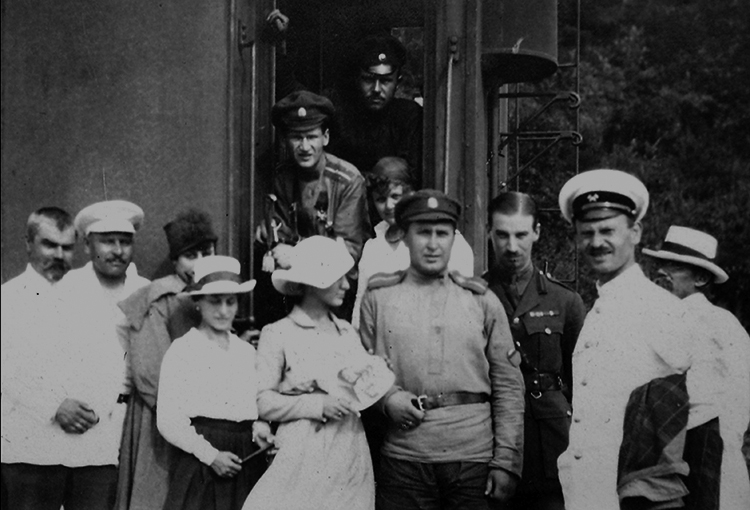 The Russian composer Piotr Ilyich Tchaikovsky died in St Petersburg on 24 October 1893. The following day (7 November, according to the Gregorian calendar introduced in 1918) Leo Steveni was born in the same city. His father, William Oscar Steveni, of Swedish descent, was born in the English port of Hull, while his mother, Elizaveta Leonovna, was half Russian and half German. Her grandfather, Count Leo Perovsky, was descended from the noble Razumovsky family and had been a successful general and a minister in the government of Tsar Nicholas I.