Martin Luther used pictorial propaganda to further the Protestant cause. Mark Bryant looks at the work of those artists who became his allies – and those who became his enemies. 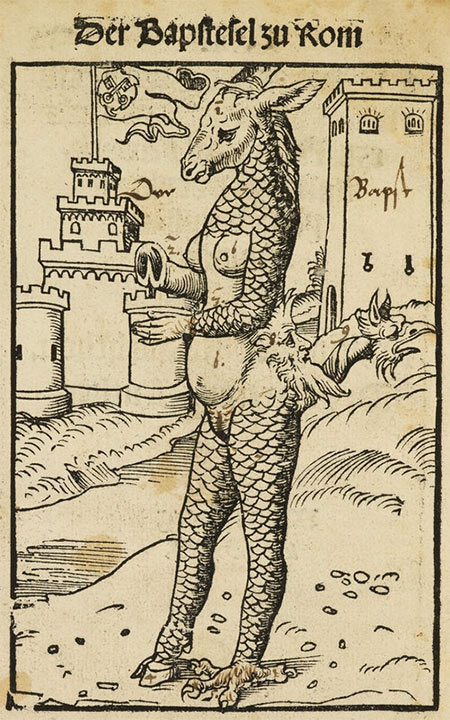 Of the three traditional learned professions – the church, the law and medicine – it is the clergy that has suffered most at the hands of graphic satirists. This was especially so during the Reformation in 16th-century Germany when a propaganda war took place between the supporters of the Protestant theologian Martin Luther (1483-1546) and those who backed the established Roman Catholic Church. Luther’s cause was supported by the artist Albrecht Dürer and others, especially the painter Lucas Cranach (1472- 1553), who not only designed numerous ‘Antichrist’ images of the pope but also produced satirical woodcuts for the first illustrated polemical book of the Reformation.