The election for London Mayor took place on May 3rd, marked by the bitter rivalry between the present incumbent Boris Johnson and his predecessor Ken Livingstone. But, says Penelope J. Corfield, it’s just another chapter in London’s long electoral history. 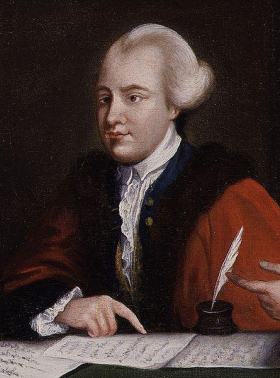 Between 1700 and 1832 the City of London’s liverymen voted annually in mayoral elections, at least 21 of which were contested. Nor was this active voting process confined to what is now the office of the Lord Mayor of the City of London (as opposed to the position of Mayor of London, created in 2000, which encompasses all of Greater London). Across 18th-century London there were elections of many different kinds. Voters chose their MPs in urban Middlesex as well as in Westminster, the City of London and Southwark. With their broad franchises, these four great constituencies contributed significantly to the ‘popular’ element in Britain’s constitution prior to the 1832 Reform Act. They were very different from the much derided ‘rotten’ boroughs, where votes were controlled by aristocratic patrons.

Voters in the City of London, which housed some 15 per cent of the population of the capital in 1801, were particularly busy. They participated in annual elections not only for the mayoralty, but also for the posts of chamberlain, two sheriffs, two auditors and the aleconners (monitors). In addition, London’s 26 wards also voted regularly for their aldermen, common councilmen and beadles.

Victories could be overwhelming. In 1786 William Wilson received over 1,000 votes when elected as Middlesex coroner; his defeated rival, Peregrine Phillips, got just 27. But in 1796 the contest for the largely honorific post of bridge master of London Bridge was tight. It was won with 1,516 votes by a printer, John William Galabin, who beat the second of the four candidates by a mere seven votes.

In this era of open voting the crowds who witnessed these elections could become very boisterous. In 1741 onlookers at the Westminster election threw ‘dirt, sticks, dead cats and dogs’ at the candidates and the officiating clerks, who fled from the polling booths outside St Paul’s Church in Covent Garden. Not surprisingly Parliament annulled the result after a protest from the losing side. Yet most of these metropolitan elections were orderly. Indeed, they were so routine that, lacking in notoriety, they became quietly forgotten.

Now, however, patient detective work among the dusty files of the 18th- and 19th-century press can reveal the impressive scale of voting in the years 1700 to 1850. There were at least 873 contested elections, both parliamentary and civic, across all of London’s varied constituencies. That total amounts to just under six elections every year. More contests may yet remain to be discovered.

Participation in the electoral process – and, at a lesser level, the witnessing of such events – spread a constitutional culture of voting throughout 18th-century London. About a quarter of a million individuals polled half a million times, casting, in multi-member seats, a million votes. Each voter had the same political heft as any other, no matter how grand. It amounted to a constitutionalist or ‘proto-democratic’ tradition, if not yet a fully democratic one.

Routines of voting were becoming familiarised in constituencies as well as in Parliament. In the City, members of the chartered companies voted annually to choose their company directors. In numerous parishes Anglican parishioners polled for their churchwardens, sextons, lecturers and even for their organists.

Of course there were many limitations. Throughout this period the electorate excluded women, because their interests were held to be represented by the votes of their husbands or fathers. Tough on spinsters living alone.

Broadly, the metropolitan voters before the 1832 Reform Act were drawn from the adult male rate-payers and City liverymen. They included the elite of merchants and bankers, but they also incorporated thousands of ‘middling’ shopkeepers, manufacturers, professionals and service workers, as well as numerous poor rate-payers with plebeian occupations, such as labourers and street scavengers.

This active tradition of voting across London meant that, as the franchise was broadened in the course of the 19th and early 20th centuries, the new working class and women voters were joining a pre-existing civic process. Democracy was not just suddenly dumped upon them. Nor were elections confined to intermittent votes for Parliament.

London’s upper- and middle-class voters already voted for their mayor in the 19th century. They were kept on the political alert by frequent elections for a range of civic and parliamentary posts, within local constituencies with which they were familiar. Politicians in Westminster today seem too prone to assume that democracy can be simply created or rearranged by central fiat. But, to work well, it needs to grow organically, with its roots in real communities.

The most flamboyant politician of 18th-century London was John Wilkes (1725-97), a flawed personality (often compared to Ken Livingstone). But he successfully asserted the ultimate power of the electors to decide who should win elections if the outcome is in doubt. It remains a key constitutional principle to this day. The electorate is supreme, even over the politicians. Vote for the mayor and then hold him or her to account.

Penelope J. Corfield is Emeritus Professor of History at Royal Holloway, University of London. The London Electoral History website goes live in May 2012. It can be found at: www.londonelectoralhistory.org