Since the 19th century, attitudes to drugs have been in constant flux, argues Victoria Harris, owing as much to fashion as to science. 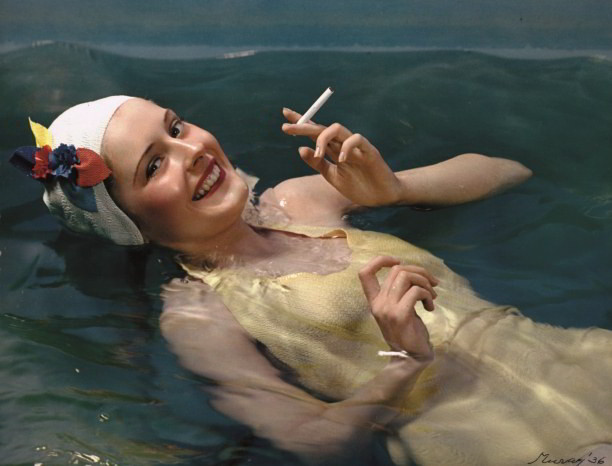 ‘Smoking’, wrote Aldous Huxley in 1954, is ‘hardly less normal and natural than eating’. Not anymore. Smoking can kill you. Before it does, its active ingredients re-program your brain, making you crave it. Hardly natural. Even eating, which western abundance has robbed of its natural historical function as nutritional necessity, has become suspect. Sugar, scientists claim, is as toxic to the liver as alcohol. Both, suggest doctors and politicians, should be subject to increased taxation and restriction.

Conversely, psychedelic drugs are making something of a comeback, at least in the press. Psilocybin mushrooms help combat depression. Ecstasy and LSD relieve post-traumatic stress disorder. Cannabis, too, reduces the pain of cancer and contains tumour-shrinking oils. In February 2012 Sir Richard Branson urged the House of Commons’ Home Affairs Committee to relax drug laws. When asked about the advisability of his own past cannabis use, Branson replied: ‘If I was smoking cigarettes, I would be very worried.’

There are a number of tempting historical explanations for this shift. A history of scientific progress would assert that throughout the centuries new knowledge has led to reassessments of various scientific questions, intoxicating substances included. Economically, one could contend that the big businesses which, in modern times, have tried to make us fat, drunken, cigarette addicts, have either been supplanted by pharmaceutical companies or now view other intoxicants as better sources of profit. A politcal approach suggests that the United States’ 20th-century obsession with enforcing global prohibition is over, its political dominance finally challenged by organisations including the Global Commission on Drug Policy, whose 2011 report declared President Nixon’s 1971 ‘war on drugs’ a failure. Alternatively, press reports about relaxing drug laws serve as mere distractions from increasing restrictions on legal intoxicants.

While these scientific, economic and ideological factors are apparent, it is also clear that the prohibition of drugs is ‘out’, while harm reduction and decriminalisation of all intoxicants is ‘in’.

Fashion – the cyclical approval of certain intoxicating substances and the disavowal of others – has shaped the entire recorded history of intoxication. In the modern period these cycles have speeded up due to increased globalisation, which has introduced us to substances from other parts of the globe; and increased technology, which has allowed us to create altogether new drugs. Fashion is an important and often overlooked aspect of human culture and is crucial to the history of intoxicating substances. In the western world we have seen crazes for and moral panics against pepper, coffee, chocolate and tea, as well as substances more commonly labelled intoxicants today. Scientists, politicians and businessmen are no more immune to fashion than any other individuals or groups. Together all these actors have at various points in history conspired to create ‘the next big thing’ and ‘the next big killer’.

Germany, for example, whose pharmaceutical industry created many of our now illicit drugs during the late 19th and early 20th centuries, had clear intoxicant trends, where professional advice and business strategy both shaped and were shaped by the views of users. In 1897 Bayer pharmaceuticals produced two new drugs, one a pain medicine, the other a cough suppressant. The first, aspirin, was a moderately beneficial alternative to salicylic acid, which caused stomach problems, but it was not heavily marketed. Beyond concerns about aspirin’s effects on the heart, Bayer had another focus: heroin. It was, quite simply, a wonder drug, being ten times more effective than codeine in suppressing coughs during an era of rampant tuberculosis and considered non-addictive when compared with opium and morphine.

Why rush to market a drug so closely related to substances known to cause addiction? Scientifically it was exciting and met a serious need; ideologically it promised to reduce the scourge of ‘morphinism’; economically it looked set to make its producers a fortune. Patients and early recreational users alike admired the sterile presentation and fast action of the syringe, a new method of delivery that was far more modern than a pill. While the dangers of heroin were soon realised, they are not the only explanation for its medical demise; a new vaccine for tuberculosis, discovered in 1906, rendered it less necessary. However heroin is still used in palliative care. Why is this not more publicised? Because the connection between heroin, junkies and its international criminal status makes its medicinal benefit politically unpalatable.

Germany has consistently attempted to avoid criminalising the use or possession of drugs such as heroin, preferring to regulate their trade. The criminalisation of its pharmaceutical industry’s products, which also included cocaine and amphetamines, would have been economically disastrous. But historically Germany has also had a distinct conceptualisation of intoxicants, which has led it to find fault not with the substance ingested­ but instead with certain behaviours of the user. Intoxication was not inherently sinful; rather some types of use were unhealthy, others part of normal group behaviour. Germany’s heavily interventionist state structure made regulating consumption rituals and the trade of products between companies and citizens relatively simple and acceptable. The United Kingdom, by contrast, because of its liberal individualistic tradition, focused on personal possession and consumption of intoxicants and, because it could not so routinely interfere in the private lives of its citizens, could best control problem behaviour through prohibiting problem-causing substances.

These divergent conceptualisations became particularly stark during the 19th century when Britain developed a temperance movement but Germany did not. For the British the abundance of new, modern drugs, which cured medical ills and, thus, like coffee and tea, made one more productive, contrasted sharply with alcohol’s unhealthy stupor-inducing effects. Temperance did not ban intoxication per se, but rather a single intoxicant that fashion had deemed dangerous, in part because industrial production rendered it more potent. Current domestic criticism of Britain’s drinking culture is often contrasted with supposedly ‘healthy’ Continental cultures like Germany’s, with its historically powerful brewing industry. Such debates, along with desires to redeem certain synthesised narcotics, show that, with regard to intoxicants at least, history has come full circle yet again.

Victoria Harris is a fellow of King’s College Cambridge and the author of Selling Sex in the Reich: Prostitutes in German Society, 1914-1945 (Oxford University Press, 2010).